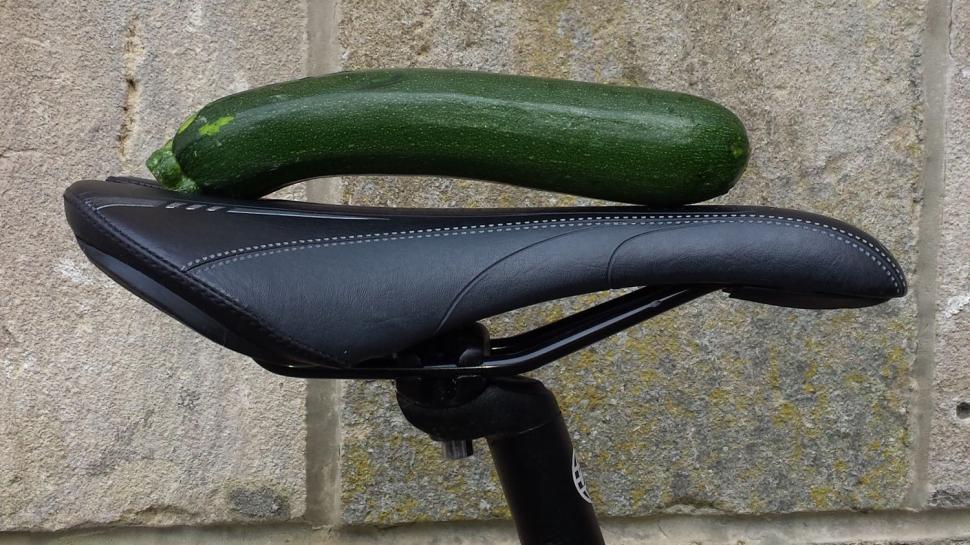 The review by Wroclaw Medical University in Poland, published in the journal Sports Medicine has caused something of a frenzy in a certain section of the UK press
by Dan Alexander

Roll up, roll up, who wants to read how the tabloid press reported a study into the possible link between cycling-induced perineal numbness and erectile dysfunction? Spoiler alert: there's mention of 'genital crushing'...

Maybe we should start with the study before diving down the rabbit hole. The research by Wroclaw Medical University in Poland was actually published back in October 2020 and appeared in the journal Sports Medicine last year (online copy here).

Having screened 2,217 studies they settled on 22 which met the criteria, including six suitable for meta-analysis, and looked at various designs of saddles, changes in the cycling position, seat shock absorber, shorts with different padding, using the recumbent bike.

The study concludes: "Current evidence supports the use of no-nose saddles as a means to reduce the negative impact of cycling on penile oxygen pressure. Standing on the pedals every ten minutes might be an effective and potentially widely applicable strategy. The use of a recumbent bike appears to protect the perineum, but several concerns prevent their widespread use."

So, that's what it said... but how was it reported?

Men's Health also reported it, with the headline: "Male Cyclists Should Stand on Pedals to Avoid Damaging Private Parts During Rides, Says Study", while Yahoo! went all the way, saying cyclists should stand to avoid "crushing genitals".

The research even prompted a segment on ITV's This Morning, subsequently reported by the Express, in which Dr Ellie Cannon told viewers: "Crushing your testicles is not good in terms of fertility and things like that."

"Crushing your bits is going to cause, possibly, erectile dysfunction because you're crushing the nerves," she said. "Regularly stand up and get some movement and some fresh air down there. Don't squash everything is the message."

Speaking about the research, author Kamil Litwinowicz said: "Many men struggle with discomfort when riding a bike and there are concerns this can lead to sexual problems.

"However there is also strong evidence that being sedentary is linked to erectile dysfunction, so cycling as a form of activity could reduce that risk. We don't want men to quit cycling, but instead to look at things like standing on the pedals or using a different saddle."

Dr Ippokratis Sarris, a consultant in reproductive medicine and director of King's Fertility, told the Mail: "There is a suggestion that nerve damage from the pressure of cycling can cause loss of sensation and problems with erections, and cycling is linked to infertility, but much more research is needed."

A 2018 study published in The Journal of Urology found that sexual and urinary health in cyclists, runners and swimmers is much the same across all groups.

Previous studies had suggested that cycling negatively affects erectile function as a result of prolonged perineal pressure and micro-trauma. However, the authors of the study said that previous research lacked comparison groups and was limited by small sample sizes.

As well as there being no great difference between the three sports, researchers also found no statistically significant difference between 'high-intensity cyclists' – by which they meant those who had cycled for more than two years more than three times per week and averaging more than 25 miles per day – and recreational cyclists.