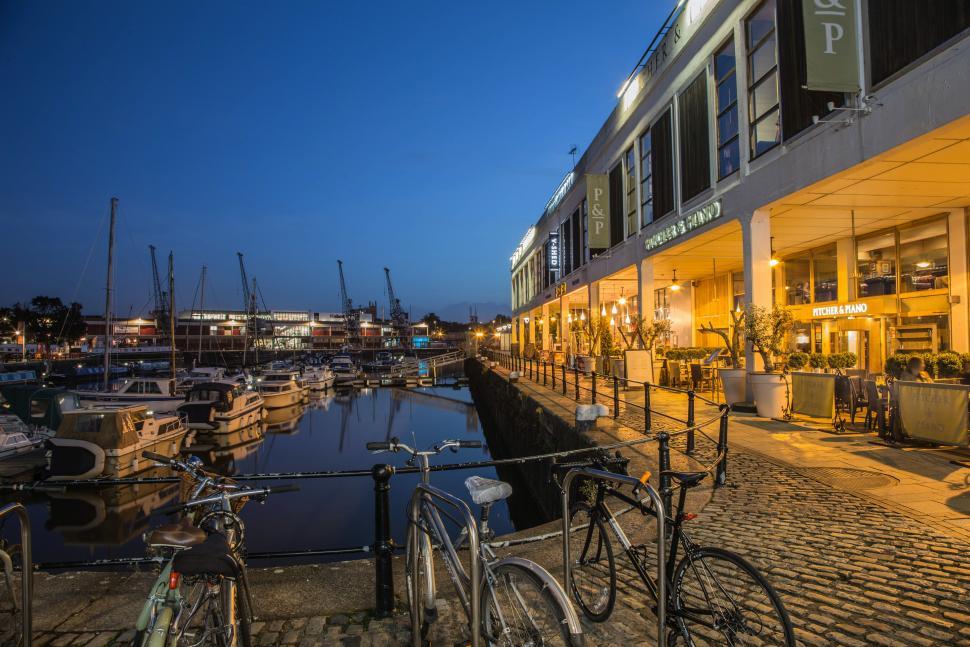 Study claiming there are over 100,000 kilometres of cycleways in Bristol causes confusion online

According to the French civil engineering firm Colas, Bristol has three times as many bike lanes as the Netherlands – but the study’s methodology has unsurprisingly been debunked
by Ryan Mallon

A recently published analysis of Great Britain’s “most cycle-friendly cities” has caused confusion online after it claimed Bristol contained over 107,000 kilometres of mapped cycleways – a quarter of the UK’s entire road network.

Yesterday, the Twitter account for a group of Labour councillors in Bristol shared the results of a study which claimed that the city was the UK’s most cycle-friendly urban area. The councillors took the opportunity to praise their own efforts in promoting active travel in Bristol as well as their plans for the future.

It's official: Bristol is the UK's most cycle-friendly city 🥳

And, we're going further - our plans for the No.2 bus route, our Liveable Neighbourhoods programme, and our roll out of pedestrianisation schemes will build on the work we've already done to promote active travel. pic.twitter.com/4ylxoi1xuE

When examined closely, however, the study shared by Bristol Labour raised more questions than answers, and provoked some consternation online.

Undertaken by French civil engineering firm Colas, the study – entitled ‘How cycle-friendly are UK cities’ – aimed to “find out how often UK adults cycle, as well as how they view cycling infrastructure in the UK.”

Some of the findings are genuinely interesting. Of the 2,000 people surveyed, 8% said that they started cycling regularly during the pandemic, with millennials (25 to 34-year-olds) the most likely age group to have started riding bikes since 2020.

The study also found that 60% of those surveyed did not believe that the area in which they live is sufficiently well-equipped for cycling, and said that they would welcome more bike lanes and cycle routes.

> Bristol drivers are Britain's worst for road rage, according to new research

However, when it came to analysing how accessible British cities are for cycling, and how much these cities had invested in active travel schemes, the findings become rather baffling.

Based on a confusing, percentage-based rubric which combined the total distance and number of cycle routes and the number of collisions involving cyclists, Bristol emerged as the UK’s most bike-friendly city with a score of 89%, with the London boroughs of Hackney and Islington also achieving the same percentage.

That finding alone perplexed a number of cycling Bristolians.

Relying to Bristol Labour’s tweet, Aaron Davies wrote: “You are kidding me? I cycle daily. Around Easton, my life is endangered every time I cycle. Why? No traffic calming measures, no speeding enforcement, pavement and double yellow line parking, too few one-way streets. Measures that could have been introduced 4 years ago!”

“I can’t think of a single bit of the city with extensive and safe cycle lanes,” tweeted Connor.

Another Twitter user said: “Not sure you folks cycle often in Bristol, where is this coming from? Between buses, parked cars and traffic, it's really scary. I would like to know where you go to feel safe?”

Others noted the rather eyebrow-raising numbers used by Colas to collate their rankings.

According to the study, Bristol contains 107,084 kilometres of cycle ways. To put that figure into perspective, in 2020 the total road length in Great Britain was estimated to be just under 400,000km.

As David Hembrow and David Wilcox pointed out on Twitter, that number would also mean that Bristol has three times as many kilometres of cycle paths as the entirety of the cycling-mad Netherlands, and enough to travel two-and-a-half times around the world.

Stuart Presnell wrote that, going by Cola’s figures, if each cycleway was one metre wide, bike lanes would cover 97 percent of Bristol’s whole area.

@David_on_a_bike @LabourBristol If every cycleway had a width of 1m then 107,000km of cycleways would cover an area of 107 million m^2, which (according to Wikipedia) is 97.3% of the area of Bristol. This is, I think, perhaps not correct.

I'm amazed to learn that Bristol has 3x as many km of cycle-path as the whole of the Netherlands. You learn something every day, eh ?
Also, where's Cambridge ? Surely the city with the highest modal share in the UK should be somewhere on this list.https://t.co/JI2v83mFfu

While some Twitter users assumed the use of kilometres in the statistics was a simple typo, the inflated numbers were actually the result of a flawed methodological approach.

As noted by Joe Dunckley and Simon Munk, Colas calculated the total distance of “mapped cycleways” in each city by simply adding up the length of bike rides submitted for the area to ride sharing website Bikemap.

Read @lastnotlost on rubbish methodology to this bogus league table. Bike route length is whatever routes loaded into BikeMap. Apparently Bristol has 108,000km routes. Routes that are nearly identical? Routes that are painted lanes? Routes that go from or through? All count...

Nice. Just looking up some of those 107,084 km of cycleway that you've built in Bristol according to that "analysis" which, er, added up the length of rides that people had saved to a ride sharing website. pic.twitter.com/7gR92FwVhC

While those behind the study didn’t seem to realise the difference between rides shared to a website and actual cycling infrastructure, they did nevertheless also calculate the total distance of cycle lanes in each city, with Nottingham apparently coming out on top of that table, with 482km of bike lanes.

A rather more reliable (though by no means fully complete) study published last week by Sigma Sports found that Cambridge – which didn’t feature at all in the top 18 cities on Cola’s ranking – was the most popular area in England to ride a bike, with 44.8% of adults claiming they cycled at least once a week.

Colas' UK headquarters has been contacted for further comment.