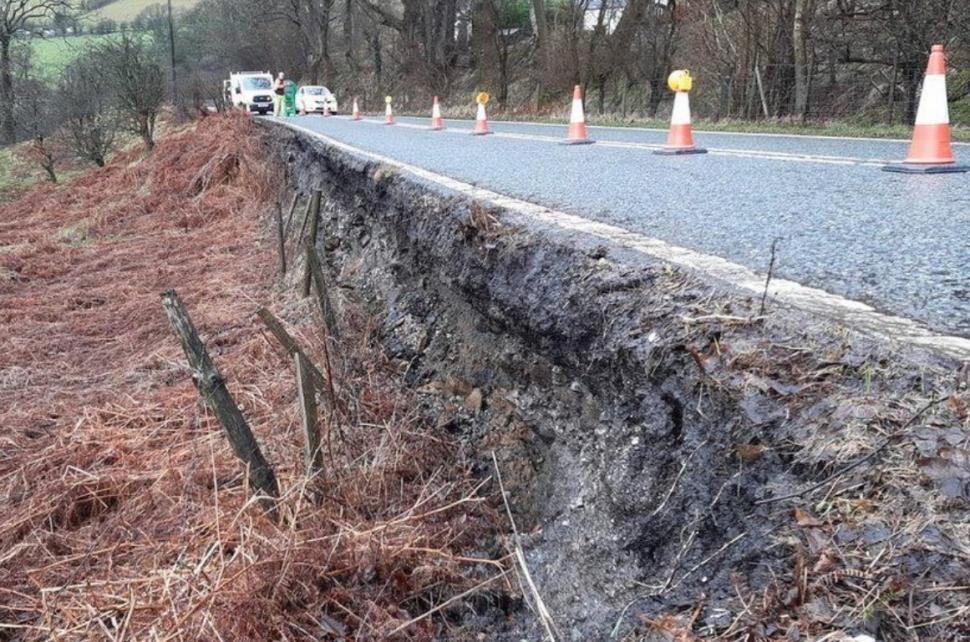 Snake Pass section shuts to all road users... but cyclists can still reach the summit (and turn back around)

As road.cc noted on Friday, the A57 Snake Pass road in Derbyshire is once again closed, but this time a 5.6 mile (9km) section is shut to all road users from the outset; however, cyclists can still reach the summit from one side of the famously windy road if they are prepared to do a U-turn, with Dame Sarah Storey even taking second place on an organised hill climb on it yesterday.

Huge thanks to Glossop Kinder Velo @GKVCC for their event this morning. Racing on a virtually closed Snake Pass was brilliant (even with that wind!) & for me it was great to race again after the injuries I sustained 8 weeks ago. Very happy to take 2nd too 🙏🏻 #BestVersionOfYou pic.twitter.com/NLHh5C61wC

The road suffered landslides earlier in the year caused by Storm Eunice and Storm Franklin, and it has been decided the third and most serious slip requires further investigation.

road.cc reader Jonathan tells us that this time the full closure, a stretch between Doctors Gate and Hagg Farm that won't reopen until 23 October, appears fully justified because there is likely to be "heavy plant blocking the road in the closed area" which will make it all but impassable.

While local cyclists often recommend other routes and complain of hostility from motorists on Snake Pass when it is in full operation, in late February and early March the stretch of road was hailed as "the best LTN ever" when it was closed to motor traffic, but still accessible to cyclists and pedestrians. The party was not to last, however, as Derbyshire County Council closed the road to everyone, citing “concerns over safety”.

This was slammed as an "anti-cyclist decision dressed up cheaply as Health and Safety", leading to a number of so-called 'Snake Pass trespass' mass rides. Despite cyclists taking part claiming the road was as safe as ever for bike riders and walkers, it didn't stop controversial former Conservative councillor Brian Coleman calling them "organised gangs up to no good" on Jeremy Vine's Radio 2 programme.

The road was reopened with a 20mph speed limit, sets of traffic lights and a vehicle weight limit of 7.5 tonnes to protect the structural integrity of the road. The current closure will last for four weeks, after which the road will reopen again with the previous restrictions enforced.

Kewal Singh Athwal of Derbyshire County Council said: “We do realise that this closure is going to be very inconvenient for all those who use the pass, but we have no choice but to carry out this work.

“We have been in touch with the residents and businesses on the pass to make sure they are aware of the work, and we thank them and other local residents for their patience while the work is being carried out.

“Once this investigation is completed we will work with specialists to find a design solution to this latest landslip, and this will be fully costed.”