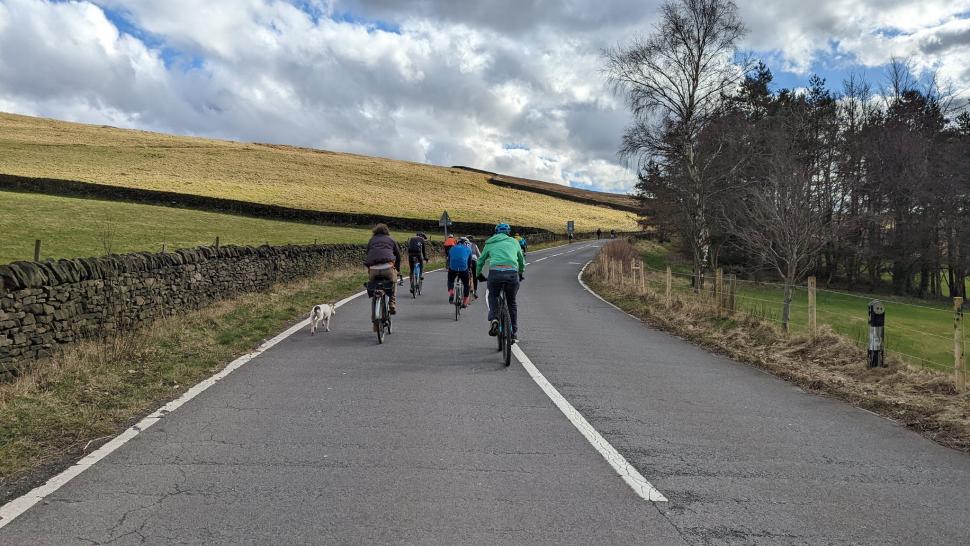 Around 50-60 cyclists, including children, cycle hire users and cargo bike riders, enjoyed the traffic-free climb — one participant reported the "workers at the barrier were really nice and friendly"...
by Dan Alexander

After the A57, one of the area's busiest roads, connecting Manchester and Sheffield via Glossop, was shut for urgent maintenance due to landslides caused by storms Eunice and Franklin, the scenic Peak District climb was described as a cyclists' paradise.

However, last week Derbyshire County Council announced the route would also be closed to cyclists and pedestrians, prompting accusations of an "anti-cyclist decision dressed up cheaply as health and safety".

Many cyclists pointed out the irony of Snake Pass never being safer now drivers cannot use it, and plans for a protest ride were drawn up.

Some pics from today! pic.twitter.com/NKA1v8nJI2

Despite calls from FDJ-Groupama pro rider Jake Stewart to reconsider the 'Trespass', a group of around 50-60 riders amassed in Glossop before riding the route to the top, unchallenged by workers.

One participant reported "the workers at the barrier were really nice and friendly."

Amongst the group were families, a cargo bike rider, and a cyclist using a Beryl hire bike. Walkers were also spotted enjoying the empty roads and scenic views.

The @BerylBikes ebikes are pretty good! No way I'd have made it to Snake Pass otherwise. pic.twitter.com/2M4CRtBKLP

Not just about bikes, these lads enjoying a hike. When would that ever happen? #freethesnake #snakepass pic.twitter.com/PRCbnxQMyK

On Friday, national cycling charity Cycling UK appeared set to challenge the council’s decision to close the road to cyclists and walkers, before saying the route is not closed to cyclists:

Cycling UK is writing to Derbyshire County Council regarding the reasons for closing parts of the A57 Snake Pass to cyclists. Pending their response, there has however been confusion regarding which stretch of the pass cyclists are unable to access.

For clarity, the emergency temporary road closure made on 22 February, which lasts until 22 March, only permits closure on the section of the map attached. There is however an alternative off-road route connecting the two farms and bypassing the stretch of the road subject to the closure order.

Cyclists are not banned from the entirety of the Snake Pass and can bridge the gap over the closed section of road if they are willing and able to take an off-road diversion. 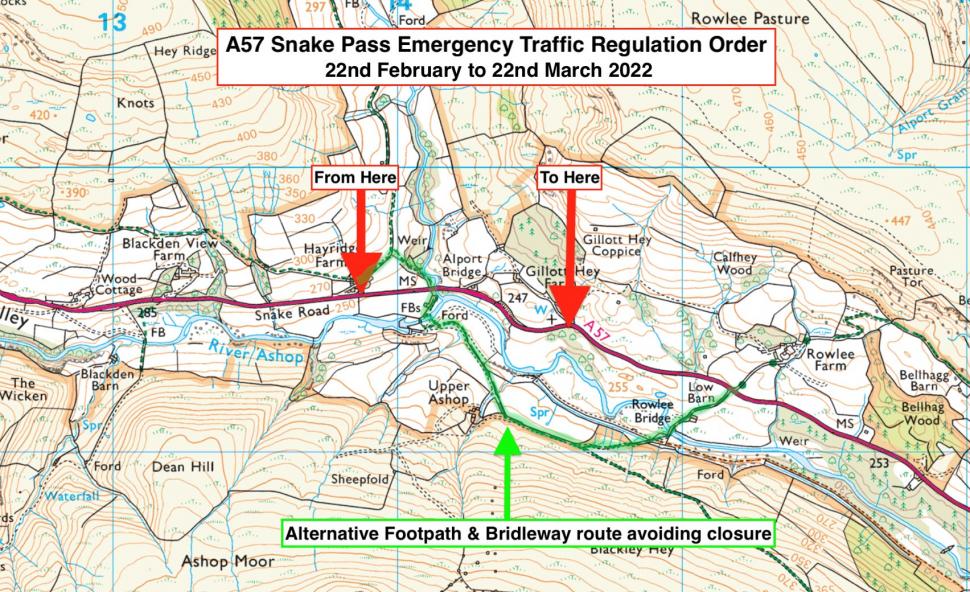 Great ride up #snakepass with about 50 or 60 others. Lovely blue sky and some sunshine. The workers at the barrier were really nice and friendly pic.twitter.com/1XSNilrKxW