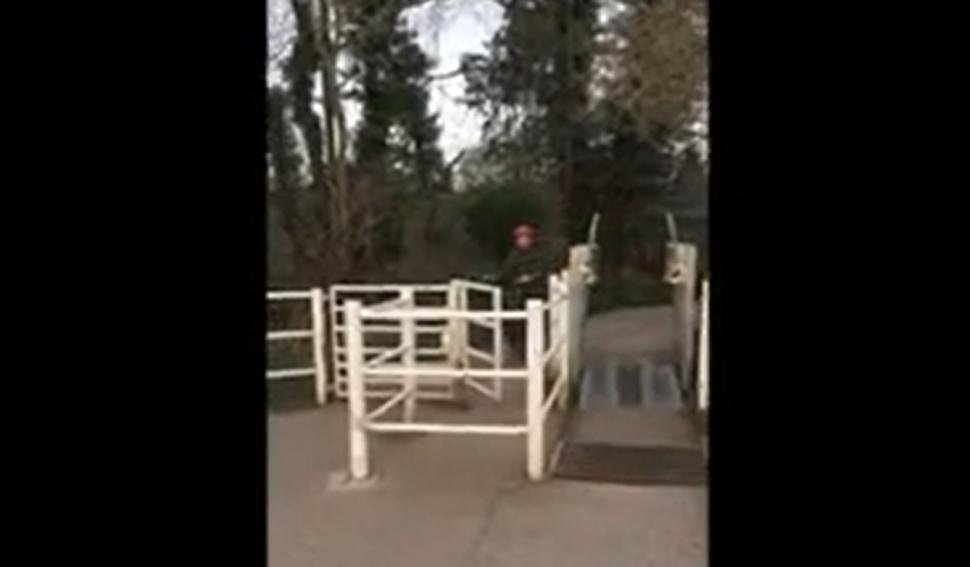 Barriers blocking access to a cycle route in York that blocked access to people on non-standard cycles and were branded “shameful” by a disability campaigner who uses a trike for transport have been removed by the city’s council.

Dr Jamie Wood, who in 2019 brought a legal action against City of York Council for breaching the Disability Act, was reported by York Press to be “pleased, surprised and impressed” following the removal of the barriers on Hob Moor.

They had originally been installed in 2004 to prevent people on motorbikes from riding onto the moor, where cattle graze, but were opposed by York Cycle Campaign at the time because they would also restrict access to some cyclists.

Reacting to the news that the barriers are being removed, Dr Wood, who has multiple sclerosis, said: “Congratulations to the active transport team at the council for piloting this through to removal and congratulations to local councillors for continuing to pursue this and to see past the warped logic that underpinned its installation.”

Stephen Fenton, Liberal Democrat Councillor for Dringhouses and Woodthorpe, said: “That particular style of barrier was prompted by concerns about motorcycle access onto the moor and potentially the damage they could cause to ground nesting birds and when the cattle are on Hob Moor.

“It’s not good to have motorbikes zooming around in and out of herds of cattle, so clearly the barriers had to exclude certain types of bicycles from the moor – and that’s obviously not a good thing.”

He said that should motorcyclists return to the moor, the council – which has set aside £100,000 to carry out a review of similar barriers across the city – would look at what steps it might be able to take to keep them away.

According to York Cycle Campaign there are 30 locations in the city where barriers impede cyclists, and disabled ones in particular, from accessing cycle paths.

A spokesperson for the group said last month: “Cycling provides freedom to so many people. But barriers like those at Hob Moor slice off entire sections of the city to people with limited mobility.

“Up and down the country these kinds of outdated barriers are being taken out, literally expanding people's horizons.”

Dr Wood said: “My hope, and increasingly my expectation, is that the council will now use guidance and impact assessments on all future works.

“The failure to do this over the last 10-15 years will take years to put right and is one of many contributory factors that has seen cycling levels drop since 2014. But with the removal of these emblematic footplates, progress has begun."

James Gilchrist, director of transport at the council, which is controlled by the Liberal Democrats and Greens, said last month: “We are aware of locations in the city where current 'access control' points for cyclists/ pedestrians were installed many years ago, and which present an obstacle for some disabled users and riders of some types of modern adapted cycles to use.

“Many of these were installed to address specific safety concerns at the time and require careful consideration before removal or adaptation. In regards to the review of these 'access control' points, an audit brief is currently being finalised.

“As part of the city wide programme of improvements we will be in consultation with organisations such as the York Cycle Campaign to review all similar locations and prioritise and implement appropriate improvements.”