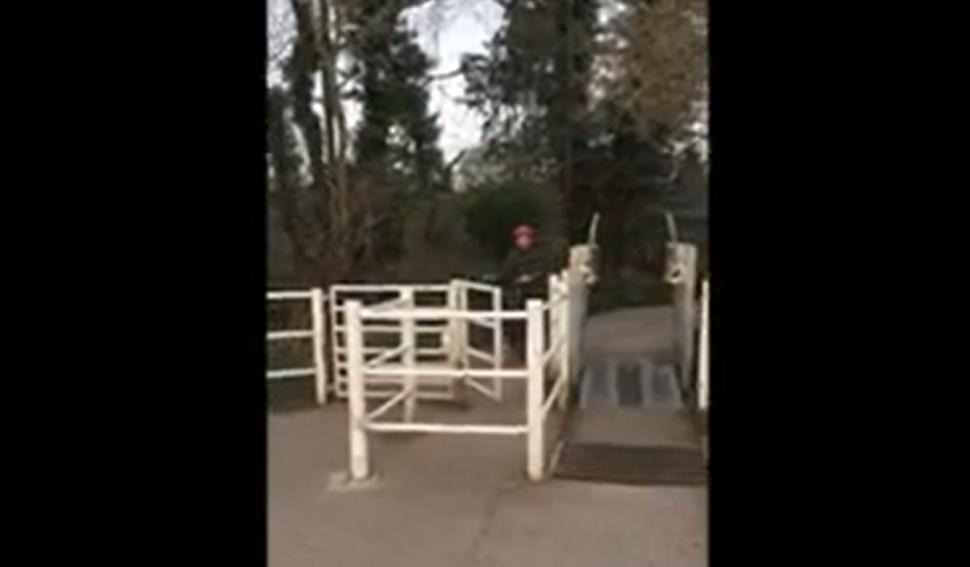 "If you somehow don't fit their model of a fit, healthy 40-year-old man, you can't use their infrastructure"...
by Dan Alexander

A mathematics professor who struggles to access York paths on his trike has urged the council to finally remove "shameful" barriers blocking disabled cyclists. Last year Dr Jamie Wood brought legal action against the city council for breaches of the Equality Act.

The council says the barriers were originally installed in response to safety issues so must be reviewed before removal, but Dr Wood says "It's really shameful, frankly, that this is still going on."

In response, the York Cycle Campaign found 30 places where barriers hinder or prevent people from using the city's paths.

"Cycling provides freedom to so many people. But barriers like those at Hob Moor slice off entire sections of the city to people with limited mobility. Up and down the country these kinds of outdated barriers are being taken out, literally expanding people's horizons," a spokesperson said.

The mentioned barriers at Hob Moor were installed in 2004 to stop motorcyclists riding on the commons, barriers the York Cycle Campaign challenged at the time. Council director of transport James Gilchrist said changes were due in the new year and a £100,000 fund has been set up to review the barriers city-wide.

Dr Wood has multiple sclerosis and travels by trike, and despite taking the council to court, he says what he would rather see is the barriers scrapped for good.

"Over the last 20 years the council have constantly been putting in infrastructure which doesn't conform to any of the equality acts or any of the disability guidance," he told the York Press.

"To try to go on a route I haven't been on before I have to do this extraordinary, in-depth research of getting photographs of every individual barrier and trying to work out whether I can get through it because every one is a unique design.

“It's almost like they’re trying to do modern art installations on cycle routes – it's really frustrating."

York Labour responded to the concerns by saying disabled residents are being "barred from town, and barred from country". Director of transport Mr Gilchrist said residents' concerns would be addressed.

"We are aware of locations in the city where current 'access control' points for cyclists/ pedestrians were installed many years ago, and which present an obstacle for some disabled users and riders of some types of modern adapted cycles to use," he said.

"Many of these were installed to address specific safety concerns at the time and require careful consideration before removal or adaptation. In regards to the review of these 'access control' points, an audit brief is currently being finalised.

"As part of the city wide programme of improvements we will be in consultation with organisations such as the York Cycle Campaign to review all similar locations and prioritise and implement appropriate improvements."