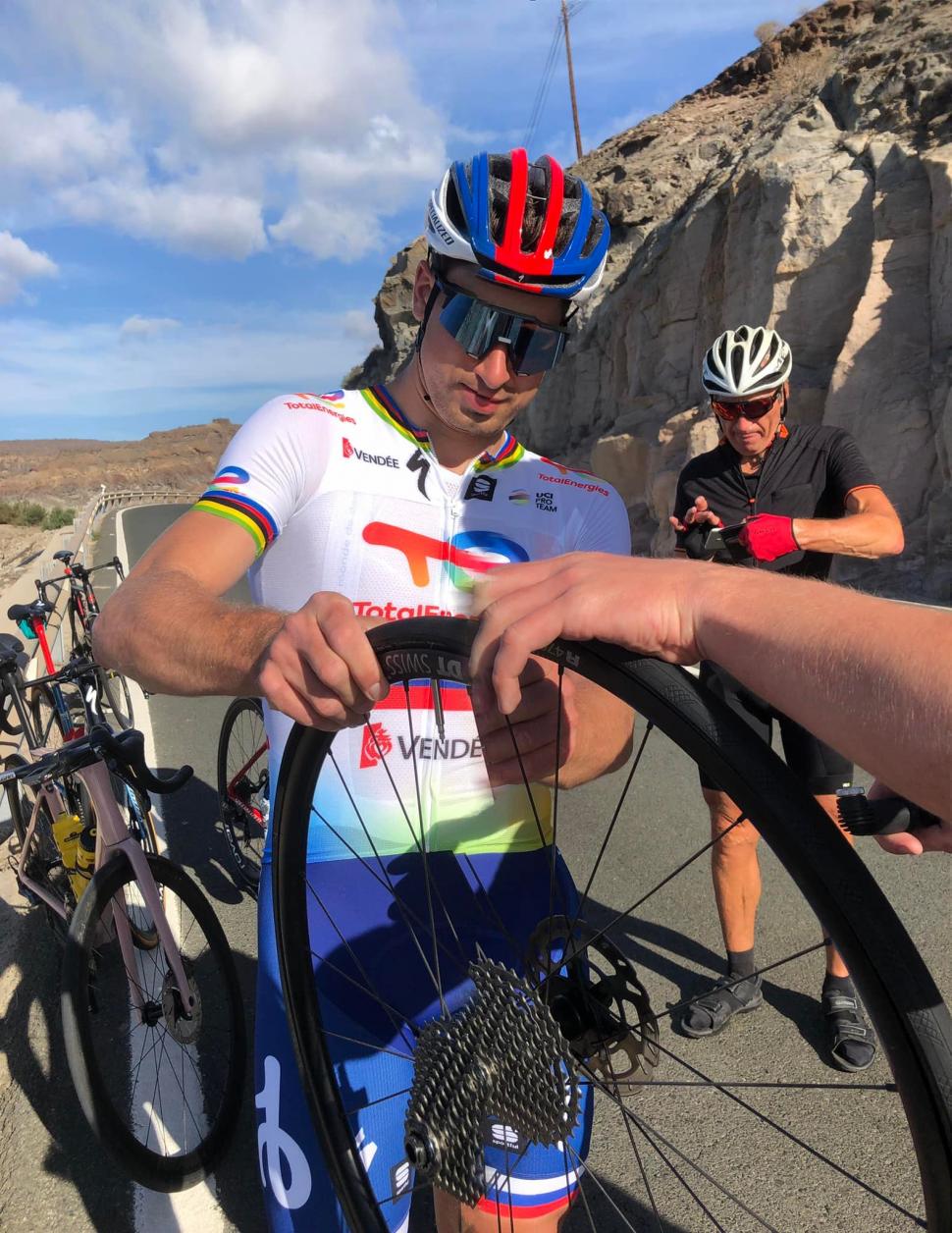 Willie McColl was stranded with a puncture and no remaining spare tubes when a group of pros, led by former world champion Sagan, stopped to help
by Ryan Mallon

It’s not often that you can call on four professional cyclists, including a three-time world champion, to act as your own personal mechanics.

But that’s exactly what happened yesterday to Scottish cyclist Willie McColl, after he ran out of spare inner tubes while riding in Gran Canaria. McColl, who is currently on a cycling holiday on the island, was left stranded by the side of the road after puncturing for the third time during a “simple two-hour recovery ride”.

With no tubes of his own left, McColl was “dependent on the goodwill of passing cyclists,” he said.

“I signalled to a bunch of ‘young kids’, who without hesitation came to my aid, provided a tube and set about getting me going again.”

The “young kids” in question were Flanders and Roubaix winner Sagan, Alpecin-Fenix rider Michael Gogl, a Bora-Hansgrohe rider, and another unidentified TotalEnergies pro. Not a bad group to stumble upon when you’ve got a puncture. 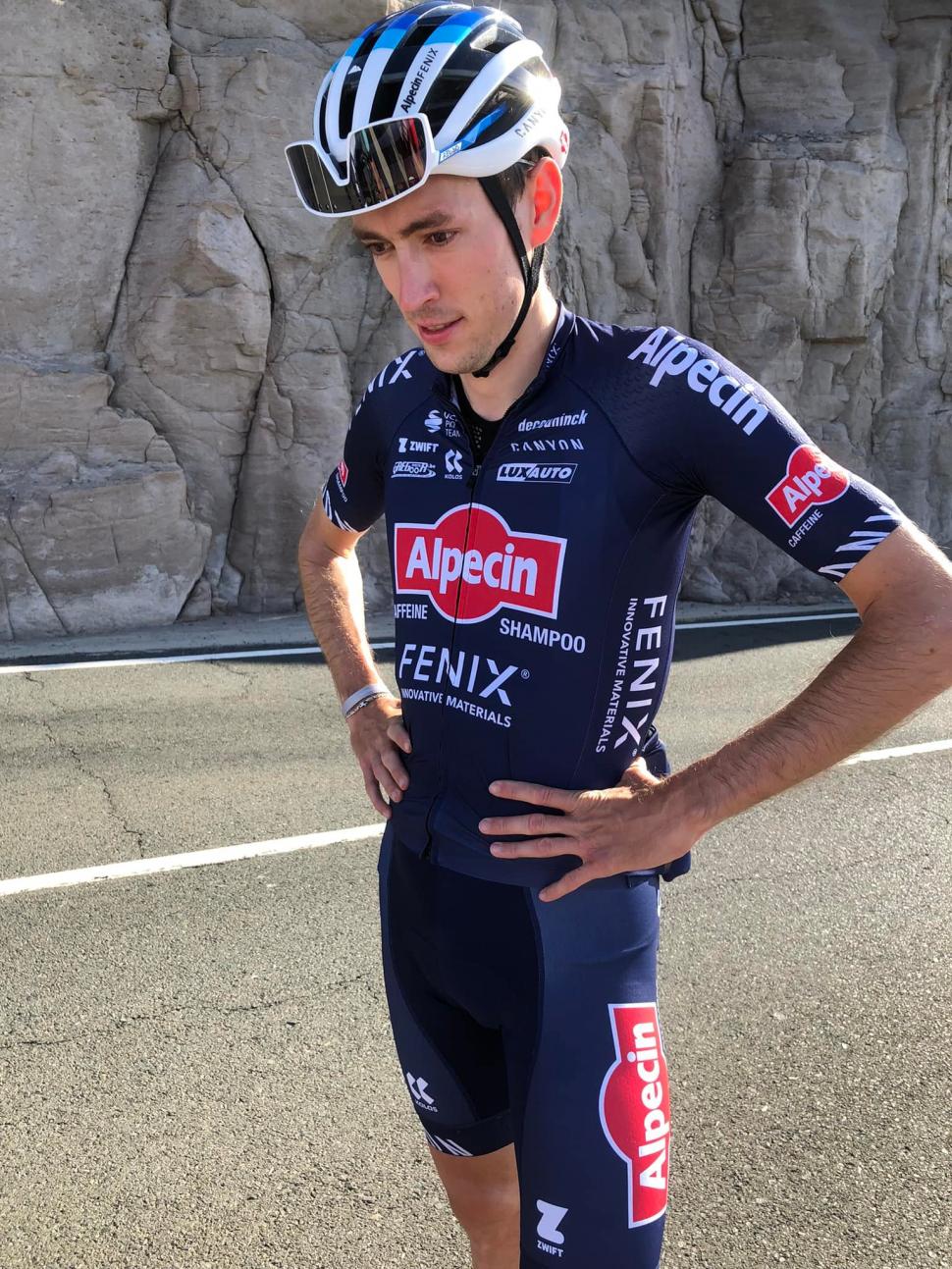 The 63-year-old, initially oblivious to who his famous rescuers were, asked Gogl – sixth in Strade Bianche last year and clad in his new Alpecin squad’s kit – if “he was with the team”. Gogl replied: “Yes, and look – there’s Peter Sagan.”

“I didn’t recognise Sagan initially,” Willie told road.cc. “It was Michael who pointed him out. He looked much younger than I had thought.

“So there I was, a 63 year old Scot with a team of domestiques assisting me, all pros and possibly the most famous guy in cycling!

“I had trouble getting air into a tube. They all mucked in, tried different pumps, and concluded it was a faulty tube. A new tube then appeared, though I’m not sure from whom or who then replaced it for me.”

Willie told us that his new mechanics were “all dead friendly” and “very happy to chat away”. Sagan, who the Scotsman described as “quite bashful”, was also happy to pose for a few souvenir photographs. 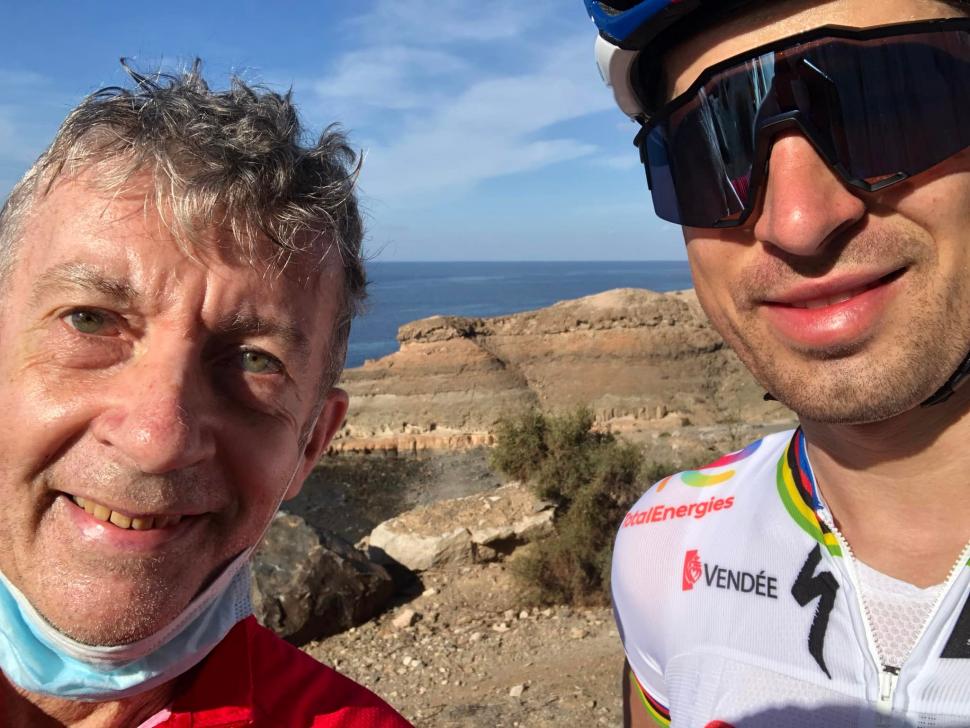 When Willie thanked them for their assistance, one of the pros told him, “we’ve all been there”, before sending the grateful tourist on his way.

No wheelies were performed, unfortunately, though the famous training group did jump over a barrier which blocked the road to the town of Mogán due to a landslip. Well, it wouldn’t be Sagan without a bit of mischief and panache…