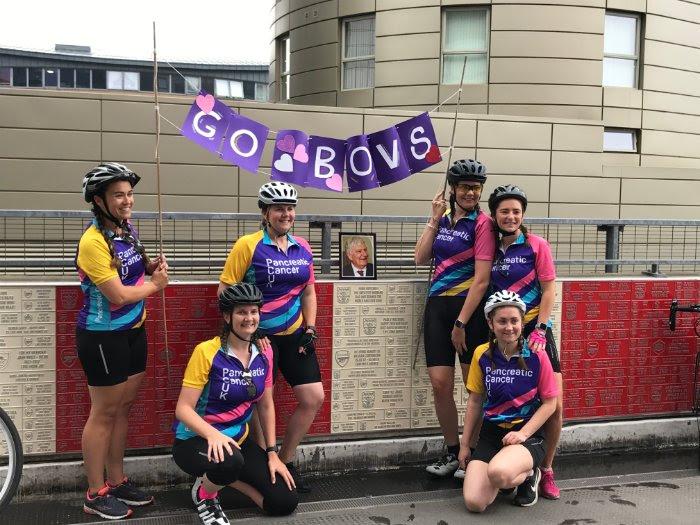 From sports stars to club cyclists and first-timers, people have been out on their bikes for good causes
by Simon_MacMichael

Prudential RideLondon organisers say that thousands of cyclists have got on their bikes this weekend – due to have seen the eight edition of the Olympic legacy event, cancelled due to the COVID-19 pandemic – to help raise money for charity.

This weekend should have seen upwards of 25,000 cyclists ride through the capital and into the Surrey Hills on the world’s most popular sportive, with thousands more participating in a family-friendly ride in the city centre, plus of course the pro races attracting the world’s best male and female cyclists.

Due to the coronavirus pandemic, however, this year’s festival of cycling has long been cancelled – as has sister event, the London Marathon – and with charities missing out on the tens of millions of pounds each raise for them, the focus has shifted to individual efforts that echo their spirit.

As with the event itself in normal years, celebrities participated, as well as club cyclists and some for whom this was an unprecedented effort on a bike. Here are a few of their stories, according to the organisers.

England rugby’s World Cup-winning captain Martin Johnson and a team of sports stars that included fellow England and Leicester RFC team-mates Leon Lloyd and Martin Corry cycled 100 miles in tough conditions around Leicestershire. They were raising money for Switch the Play Foundation, a charity created by Lloyd, to help sports people as they transition into retirement.

Sisters Amy and Emily Bovington plus four cousins completed 100 miles to raise money for Pancreatic Cancer UK in memory of their father Graham who died of the disease one year ago. The ride passed many of the most important things in Graham’s life including Arsenal’s Emirates stadium – where he was a season ticket holder – his work place and his parents’ house. Pancreatic Cancer UK would have been the Charity of the Year for the Prudential RideLondon-Surrey 100 at this year’s event.

Friends Cat Dixon and Raz Marsden broke a Guinness World Record in March when they completed an around the world cycle on a tandem. The pair finished their epic challenge in 263 days, 8 hours and 7 minutes- and just before UK went into lockdown! The pair decided to take on an extra challenge - My Prudential RideLondon-Surrey 100 - to try to get their fundraising to over £40,000 which they have now successfully done.

A team from Harrow’s Northwick Park Hospital, which was one of the hospitals at the forefront of London’s response to the Covid-19 pandemic, completed 100 miles to raise money to continue heart research at the facility.

“At a time when charities need our help more than ever, My Prudential RideLondon has demonstrated, like The 2.6 Challenge before it, how the British public is prepared to rally together to do everything in its power to help.

“From a World Cup winner like Martin Johnson cycling 100 miles to people going out for their first ride, it has been a truly remarkable effort from all those who have taken part.

“The great news is My Prudential RideLondon is now continuing until next Sunday (23 August) so it gives anyone who hasn’t yet taken part time to register, create their own challenge and set up a fundraising page. It’s completely free and it’s great fun, so let’s keep the momentum going.”

Due to this weekend’s inclement weather, the initiative has been held open for another week – find out more here.