"It could easily have ended with serious injury or fatality"...
by Dan Alexander

A Yorkshire cyclist has warned he could have been killed when a passenger in an overtaking car opened one of the vehicle's rear doors, hitting him on the hand.

Fortunately, Trev Walker escaped relatively physically unscathed, suffering swelling and bruising to his right hand, but said it "could easily have ended with serious injury or fatality" after a passenger sat in the rear of a passing car opened the door into him as the vehicle's driver overtook on the B6248 near Wakefield on September 2. 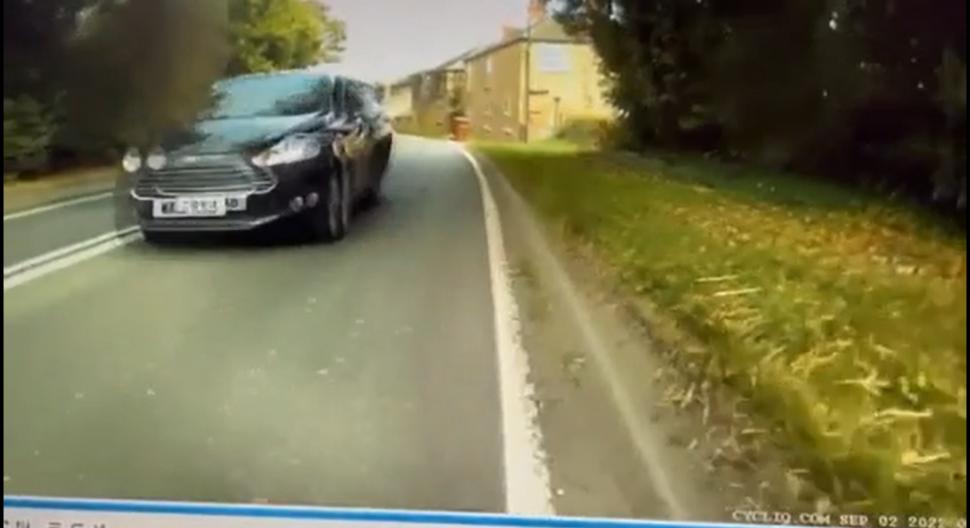 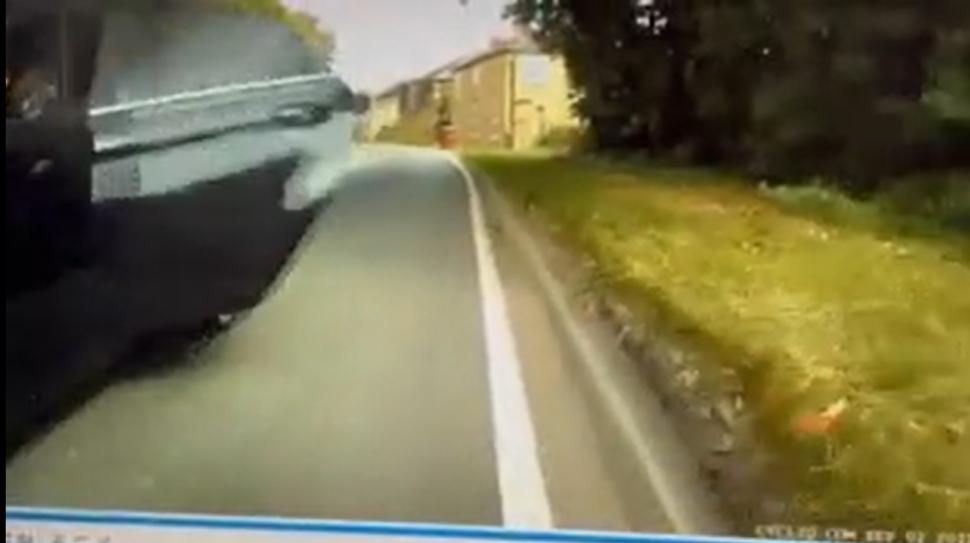 Mr Walker has reported the incident to West Yorkshire Police having caught it on a rear-facing camera. The cyclist, who works as a medic for Yorkshire Ambulance Service, went to hospital for an X-ray which revealed no broken bones, although more than two weeks later his hand is still swollen and painful.

"Had it hit the bike it could have ended very badly," he told YorkshireLive (who published the video footage in their original story, available here, of the incident on Newstead Lane, between Fitzwilliam and Havercroft). "My hand was swollen, bruised with a minor graze. My hand is still swollen and painful 17 days later.

"I don't think they thought it through as it could easily have ended with serious injury or fatality." 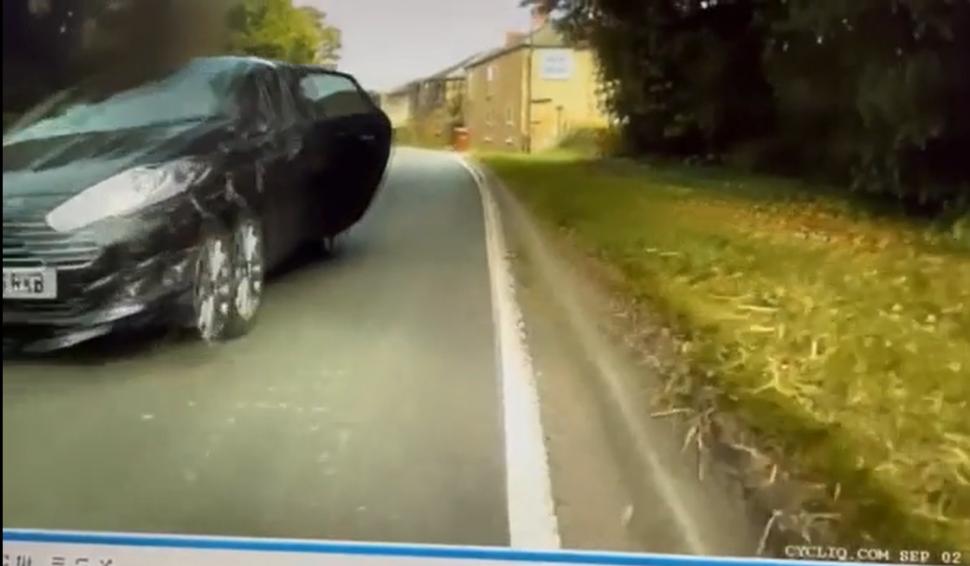 The car had a cracked windscreen, a missing wing mirror, and a dented bumper, and although parts of the number plate are just about readable in still shots from the footage, the cyclist has been warned the car may have been cloned with a different registration plate.

Dooring — a collision when the passenger or driver of a vehicle opens a door into the path of a cyclist — more commonly occurs when a vehicle is stationary and the occupants exit without checking for oncoming traffic. In this case it is not clear, as the vehicle was moving at high speed, why the passenger opened the door, and if it was done deliberately to hit the cyclist.

To combat the more conventional danger of dooring, January's Highway Code changes suggest drivers use the Dutch Reach technique — opening a car door with your hand on the opposite side to the door you are opening — to better see blind spots.