Jerseys, bibshorts and helmets plus off-bike collection available in strictly limited quantities with priority given to Rapha Cycling Club members
by Simon_MacMichael

It’s the kit that – love it or hate it – has had everyone talking since the moment the EF Pro Cycling team stepped onto the stage at the Giro d’Italia presentation on Thursday evening, and from Friday the striking Rapha + Palace jerseys and bibshorts will be available to buy, as well as a custom POC helmet and an extensive off-bike collection. 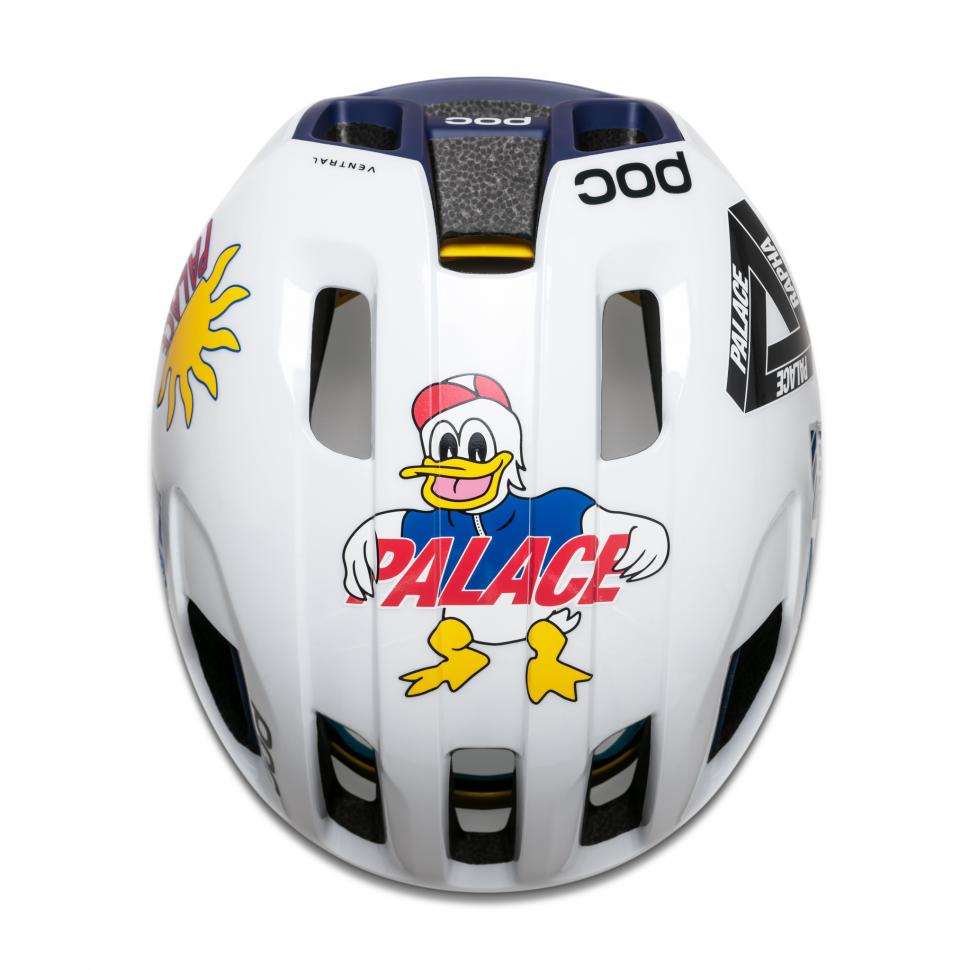 The full range, which is available in extremely limited quantities, will be released this Friday 9 October, with priority access given to people who joined Rapha Cycling Club on or before yesterday, ie Sunday 4 October, or who have renewed a lapsed membership since then. 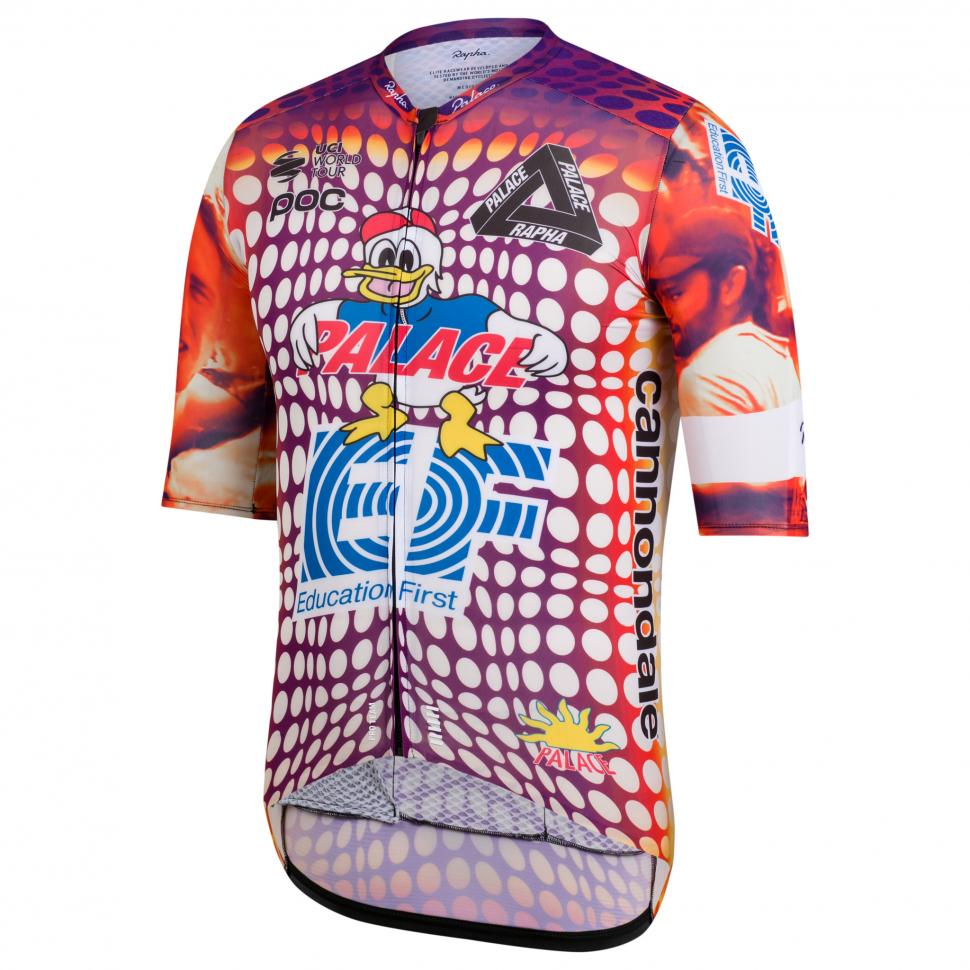 Besides men’s and women’s versions of the Pro Team Aero Jersey currently being worn by EF Pro Cycling’s riders at the Giro d’Italia, there’s also a Pro Team Training Jersey version that dispenses with the team’s sponsors’ logos as well as the Palace duck that features on it. 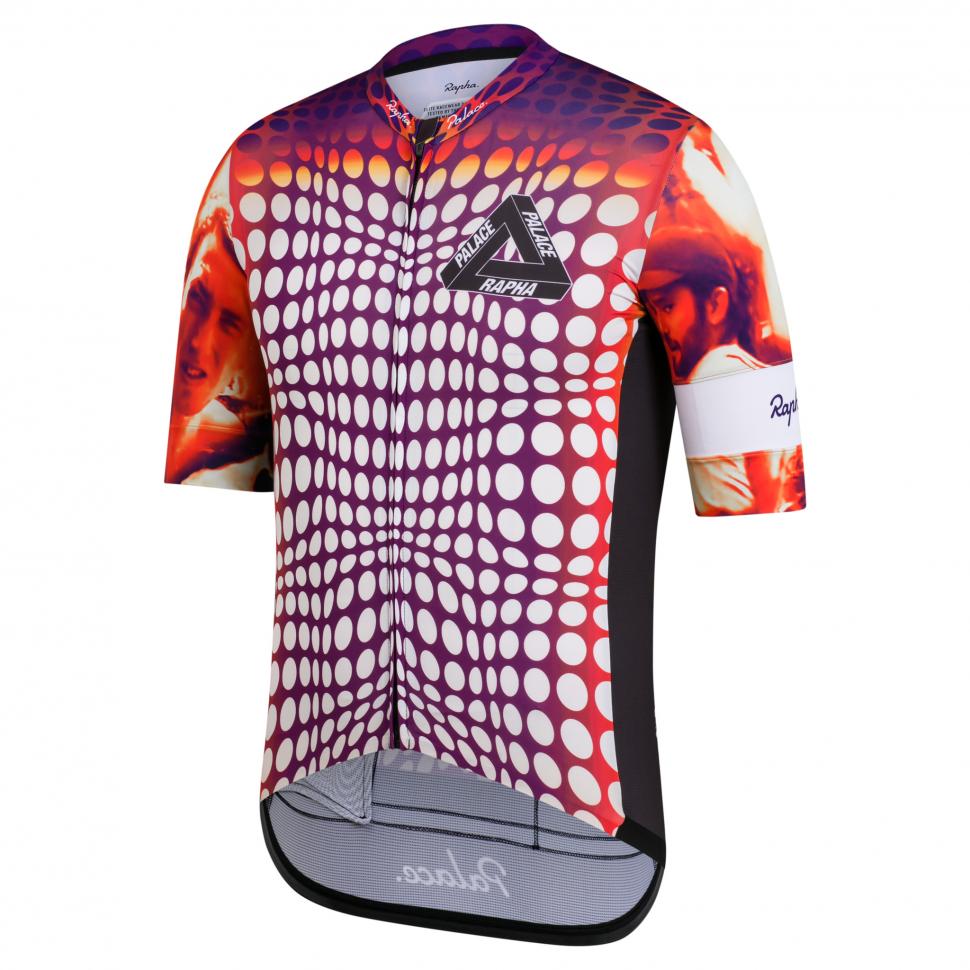 The off-bike collection features team edition casual wear that the riders are wearing at the Giro d’Italia, including T-shirts, Long Sleeve T-shirts, Caps, Hoodies and a Palace GORE-TEX Jacket, as well as a musette. 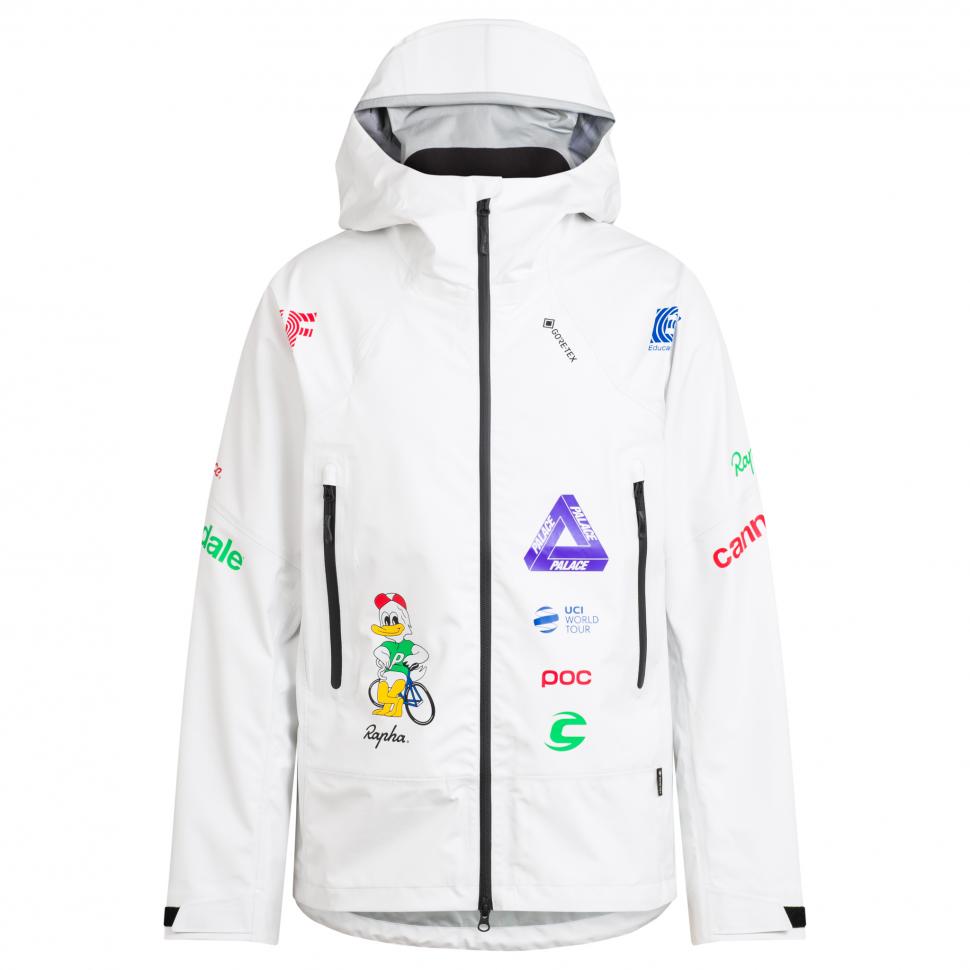 Pricing details will be released on Friday when the collection goes live at rapha.cc – although suffice to say that judging by Rapha’s usual prices and those of Palace Skateboards, plus the limited edition aspect, it’s not going to be bargain basement prices. 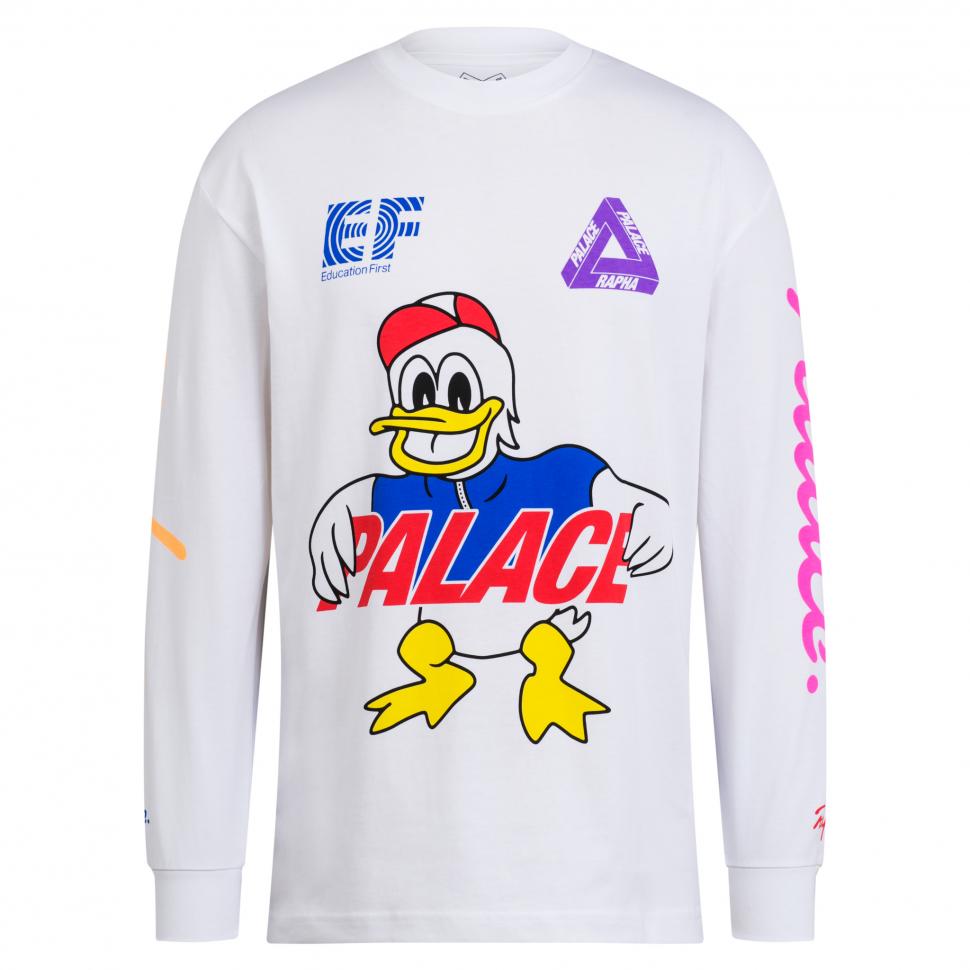 Check out the gallery below for the full range.