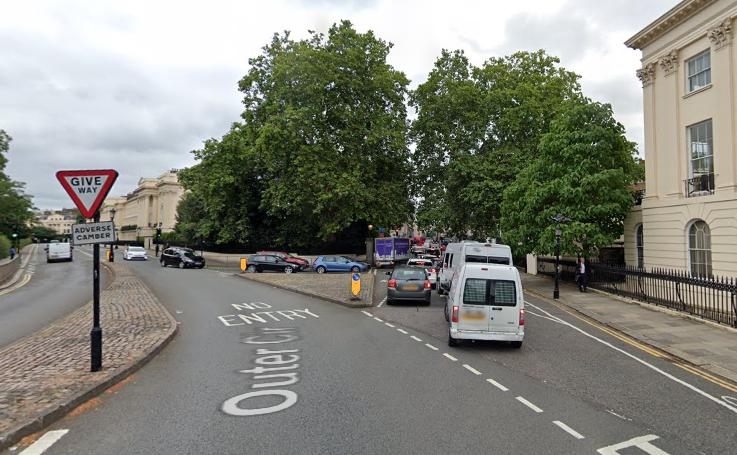 Misleading pictures published by a number of media outlets of cyclists apparently riding in groups in London’s Regent’s Park, supposedly in defiance of rules of social distancing, are leading to an increase in aggression against riders by motorists, according to a group that represents cyclists who use Regent’s Park. The Royal Parks, which is responsible for the park, is reportedly discussing with media organisations the issue of how cyclists riding there are portrayed.

As we highlighted on Monday, a number of media outlets including The Times, Mail Online, The Sun and The Mirror have used what appear to be deliberately misleading photos purporting to show cyclists riding closer together than is in fact the case.

Some of those images were taken in Regent’s Park, while The Times used one taken on Box Hill in Surrey, which is owned and managed by the National Trust.

In each case, however, the use of a telephoto lens to take a picture of a group of riders heading towards the photographer had the effect of making the cyclists look closer together than the 2 metres the government requires people to observe.

Justin McKie from Regent’s Park Cyclists told north west London newspaper The Ham & High that the pictures had led to “a spike in aggressive driving” against cyclists riding in the park, as they are permitted to do under government rules allowing one form of exercise per day.

Referring to one photo that appeared in the press over the weekend, he said: “The photographer used a very long lens to take this picture, which compresses the image and makes the cyclists look like they are closer than reality.

“The photograph was taken at the traffic lights, where cyclists were diligently waiting.”

Another park user, Adrian Jackson from the group Parks for the People, said that he had seen cyclists complying with the rules.

“I was in the park over the weekend and what I witnessed was a lot of good behaviour,” he said.

“People were trying their absolute best. There’s obviously occasional bad behaviour from all sides, but the cyclists are following the two metre rule,” he added.

As we highlighted on Monday, a number of media outlets have used what appear to be deliberately misleading photos purporting to show cyclists riding closer together than is in fact the case.

According to the Ham & High, the Royal Parks – which besides Regent’s Park is also responsible for Hyde Park, Green Park, St James’s Park and Kensington Gardens in central London as well as Richmond, Bushy and Greenwich Parks, has contacted national media regarding the depiction of cyclists using the parks.

All of those parks are currently open to all cyclists other than Richmond Park, which can only be used by NHS workers travelling to or from their place of employment, and children aged 12 and under.

However, a spokesperson for Royal Parks said that it continues to review the situation in other parks and that restrictions could be introduced should rules on social distancing not be adhered to.

The spokesperson said: “The parks are strictly open for exercise only. No matter how sunny it is, please don’t be tempted to come for a picnic or to soak up the rays.

“The government has clearly said exercise outdoors will be stopped if people don’t follow the rules.

“Please stay local and don’t drive to the parks: all our car parks are now closed.

“Stay at least 2m from others, don’t gather in groups and use the parks for exercise only. No sunbathing. No picnics.”