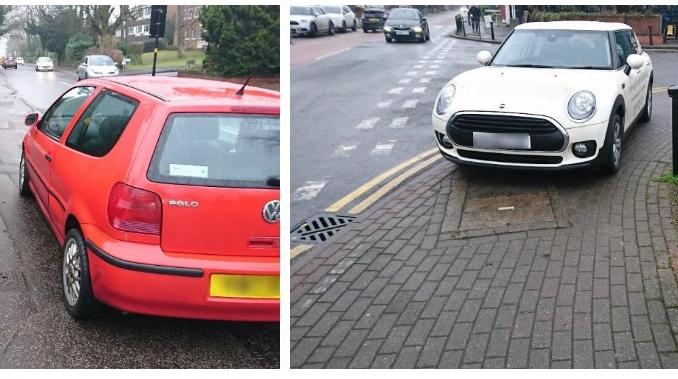 West Midlands Police's Operation Park Safe was launched in 2018, resulting in thousands of fixed penalty notices to date, with the force praising the importance of community evidence...
by Dan Alexander

A traffic officer at West Midlands Police has encouraged the public to keep submitting evidence of selfish parking, as well as other traffic offences, saying the community can often do "a lot better" than dedicated operations.

With that said, PC Mark Hodson's comments come with the context of Operation Park Safe, a West Midlands scheme that has resulted in "thousands" of motorists parking dangerously or thoughtlessly getting a fixed penalty notice through the post.

Furthermore, hundreds of dangerously parked vehicles have been removed, some of which turned out to be stolen, since the operation's launch in 2018. Currently in the UK, the law on pavement parking differs depending on your location. In London a ban is written in the Greater London (General Purposes) Act 1974 and can result in a parking ticket.

The Highway Code states: "You must not park partially or wholly on the pavement in London, and should not do so elsewhere unless signs permit it. Parking on the pavement can obstruct and seriously inconvenience pedestrians, people in wheelchairs or with visual impairments and people with prams or pushchairs."

A national prohibition was enacted in Scotland in November 2019 but has yet to come into force, leaving the curious situation of it not being an offence to park on the pavement, but an offence to drive on one.

Outside of London, parking on pavements can be prohibited by a local authority via a Traffic Regulation Order. The separate offence of unnecessary obstruction of the highway includes pavements, as well as roads, meaning proceedings could be brought by the police under criminal law, but local authorities would be unable to enforce against obstruction using their civil parking powers.

The Department for Transport is "actively considering" a ban in the whole of England after a consultation, with a spokesperson saying: "This is a priority and we will publish the formal consultation response and announce next steps for policy as soon as possible."

Under the, at times, muddled context of the above, Dudley Council and West Midlands Police launched Operation Park Safe four years ago, with the aim of making streets outside schools safer for children, staff and parents by asking the public to report dangerous parking.

PARK SAFE: Our Road Harm Reduction Team has been out with @BoldmerePaul on the lookout for cars parked dangerously, forcing pedestrians into the street and causing hazards at junctions. 111 motorists prosecuted so far in Operation Park Safe. More: https://t.co/x5q4S0IM4V pic.twitter.com/lKfjzxVmU4

"If you ask people about policing priorities they say: parking, speeding, littering and dog poo. These come above robberies and anti-social behaviour. Pavement and obstructive parking impact on people's lives, especially those who are mobility or sight impaired," PC Hodson told Transport Xtra.

Reporting an incident takes around 20 minutes via an online form where images of the parking are uploaded, and prompts the police to review evidence before deciding whether, if necessary, to issue a fixed penalty notice or take court action. Introducing 50 School Streets in the West Midlands area — where driving is banned during drop-off and pick-up hours — has also been supported by community evidence.

"For a very small investment, we are getting a big return," PC Hodson continued. "We've found that we don’t need to enforce the schemes ourselves. We tell parents, 'if you have any problems send us photos and we’ll send the drive a ticket in the post'. Peer pressure takes care of things. If a parent drives into a School Street without good reason they’re going to dominate Facebook that evening.

"It's a case of 'anytime, anyplace, anywhere'. Someone else on that road who isn't a police officer could be recording your behaviour and submitting it to us."

The scheme has also seemingly proved effective at catching vehicles owned by criminals, not just the impatient school run. "Now that the public are reporting these badly parked cars we are getting lots of added value. With the public's help, we can quickly turn up and remove these vehicles.

"No criminal wants to admit ownership of a car bought with dodgy money, which would leave them open to all sorts of questions. So, we end up selling very expensive cars at auction. This means we're solving a problem, removing danger and generating revenue.

"There has been a rise in footage of driving offences being submitted by the public using dashcams, headcams and mobile phones. They are sick of seeing drivers committing offences and they want to do something about it."

> Near 25% increase in video submissions since Highway Code changes

The attitude Hodson outlines above carries over to close pass reporting: "By 2019 West Midlands Police had received almost 4,000 close pass cases involving footage from the public.

"You don't actually need that many cases – what you need is a good evidence base. And once people realise what is happening the impact on behaviour change can be huge. Third-party involvement in capturing offences such as mobile phone use while driving will become increasingly important.

"There is absolutely no point in us putting on an operation to catch people using mobile phones while driving because the public are doing it a lot better."