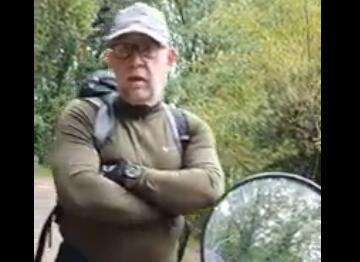 Police in Southampton have appealed for information about an alleged assault on a footpath on the city's common last month which saw a mobility scooter rider threatened and pushed by a cyclist.

Hampshire Police says the incident happened on Wednesday 12 October at around 5.45pm when a man in his 20s riding a mobility scooter stopped to let a cyclist past when he was threatened.

The victim began filming the incident and the cyclist tried to take the phone and pushed him in the process, at which point a member of the public intervened and the suspect fled. 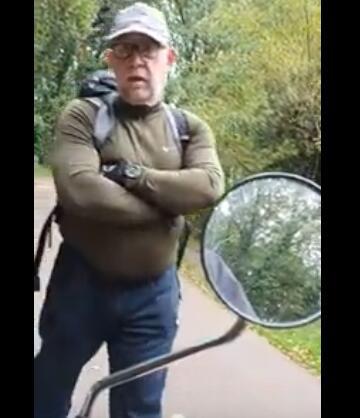 The police force today released the picture above to assist the investigation and asked the man, bystander or anyone else with information to call 101 or report online via the Hampshire Police website, quoting 44220415766.

Southampton Common, the 365-acre greenspace with woodland and various footpaths and byways, made headlines on road.cc back in July when a community-spirited resident took to maintaining a cycle path, fearing the loose gravel surface was an "accident waiting to happen".

Mike Marx, a 59-year-old handyman, said he had lived near The Avenue for 14 years and begun sweeping away loose stones and levelling holes in the gravel path that runs alongside the A33 by Southampton Common.

Southampton City Council said at the time that it intends to tarmac the path in the future, but Mr Marx insisted he will "not give up" until the authority delivers on its promise.

"It's right by the road and on a normal bike the path is too hard. They have tarmacked other bike lanes. They did around the [Southampton University] Highfield Campus, but they have just left this mess," he explained.

"It is only a matter of time until someone riding a bike slips right next to the road. I came out and put the shovel into it to level it and fill the holes, but it needs a proper path."