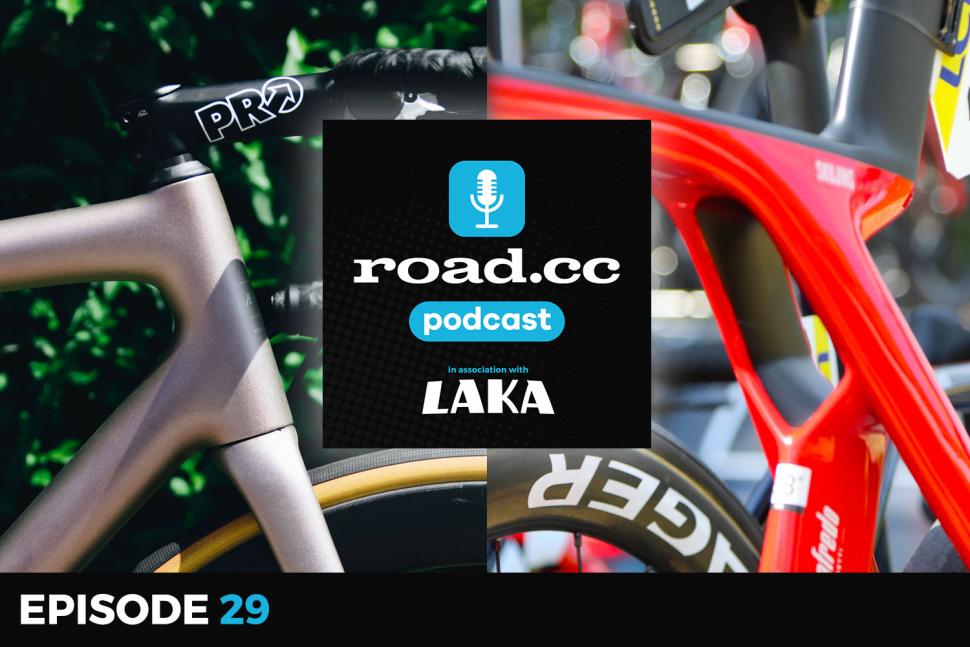 Are lightweight aero bikes a ‘flash in the pan’ because of the UCI minimum weight rule? + how to fuel for big rides on the road.cc Podcast

Our tech team discuss the merits of aero road bikes, including whether they’re a must-have or… a waste of money
by Simon_MacMichael

Are lightweight aero bikes a ‘flash in the pan’? That’s the question framing the tech debate in the latest episode of the road.cc Podcast in association with Laka, with George, Liam, Mat and Jamie discussing issues including whether UCI minimum weight limit is holding back development.

Liam certainly thinks it is, arguing that the 6.8kg minimum weight “is completely limiting progress for these lightweight bikes because rightly or wrongly road bikes are led by the professional road racing scene.”

He has some forthright opinions which we'll come to below over whether he thinks your average cyclist should actually fork out their hard-earned money for one, but believes that “as soon as the UCI drops the weight limit, bikes like that will be massively popular with general riders.”

Jamie – who has an aero road bike – insists that they have “got so much better recently, not just weight but with comfort as well and it was probably only seven or eight years ago that an aero road bike would rattle to pieces, that’s why we never saw them used in Paris-Roubaix … but these days aero road bikes are quite compliant, they’re quite comfortable compared to bikes of old.

“But I don’t get a normal person, why would you go ‘I need to spend … ’ what is effectively five grand on a frameset when you don’t necessarily need aero, you could just have something that’s comfier, lighter, handles much, much nicer – and cheaper!”

“If you get given one of these aero road bikes and you’re racing, fine, you’re probably already riding in an aero position, got aero clothing, and it’s just a little bit more of a gain to have.

“But realistically for the majority of us who just like going out on our bikes, I would always prioritise frame geometry, lighter weight and comfort.”

Topics discussed include how energy needs differ between shorter rides and those lasting three hours or more, as well as whether there’s a difference between fuelling for a ride on the road versus an off-road one.