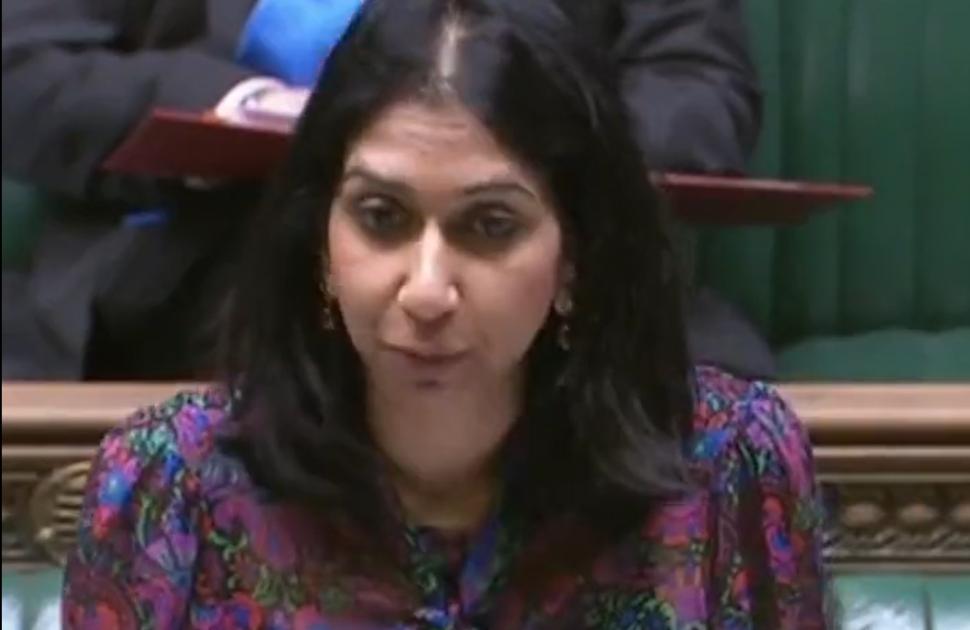 Life in prison for causing death by careless driving while under the influence: Attorney General tells Parliament plans to increase maximum penalty

The Attorney General has told Parliament of plans to increase the maximum prison sentence a court can impose for causing death by careless driving while under the influence of alcohol or drugs to life imprisonment.

Attorney General Suella Braverman was responding to a question from Conservative MP Selaine Saxby about better protecting victims of crime who are not covered by the unduly lenient sentence scheme, as is the case for victims of causing death by careless driving.

Braverman explained: "She [Saxby] knows that the unduly lenient sentence scheme is reserved for specific offences in which the offender’s culpability is particularly high."

And although "there are no immediate plans to extend the coverage of the scheme [...] the Police, Crime, Sentencing and Courts Bill, which is currently going through Parliament, will allow us to take extensive action on road traffic offences, including by increasing the maximum penalty for causing death by careless driving while under the influence of drink or drugs to life imprisonment."

Increasing the maximum penalty is just one part of the bill proposed by Boris Johnson's government, sponsored by Home Secretary Priti Patel, in March 2021, with the proposal to "overhaul" police, criminal justice, and sentencing legislation.

Causing death by careless driving while under the influence of drink or drugs already carries the highest possible penalty of any motoring offence, at 14 years imprisonment.

However, Braverman's comments, as well as the proposed bill, point to the government taking a harder line on certain offences, with whole life orders for premeditated murder of children, and a maximum 10-year penalty for criminal damage to memorials also proposed.

At the time of its proposal, then-Justice Secretary Robert Buckland, who has since been replaced by Dominic Raab, said the bill would "crack down on crime and build safer communities."

It remains to be seen if offenders would in practice receive life sentences, as many have, in recent years, escaped with sentences far shorter than the 14-year maximum.

In January 2020 a lorry driver who was three times over the legal limit for cocaine, and tested positive for cannabis, when he killed a cyclist was jailed for three and a half years.

Joseph Large was driving a ship loader lorry when he hit 50-year-old Paul Thompson in Wolverhampton in November 2018, and was found guilty of causing death by careless driving while under the influence of drugs at Stoke Crown Court.

The victim’s brother, Stephen Thompson, told the court: "This tragedy has broken us all. My brother Paul had all his life in front of him."

Later in 2020, Craig Howick was sentenced to 42 months in jail for killing a cyclist. The 38-year-old said he had been partying with prostitutes and had taken cocaine the night before the smash.

The Audi A4 driver plead guilty to causing death by driving carelessly, and was jailed for less than two years.

In addition to the rarely seen 14-year maximum custodial sentence, offenders found guilty of causing death by careless driving while under the influence of alcohol or drugs receive a minimum disqualification from driving of two years with a compulsory extended re-test if they wish to reclaim their licence.