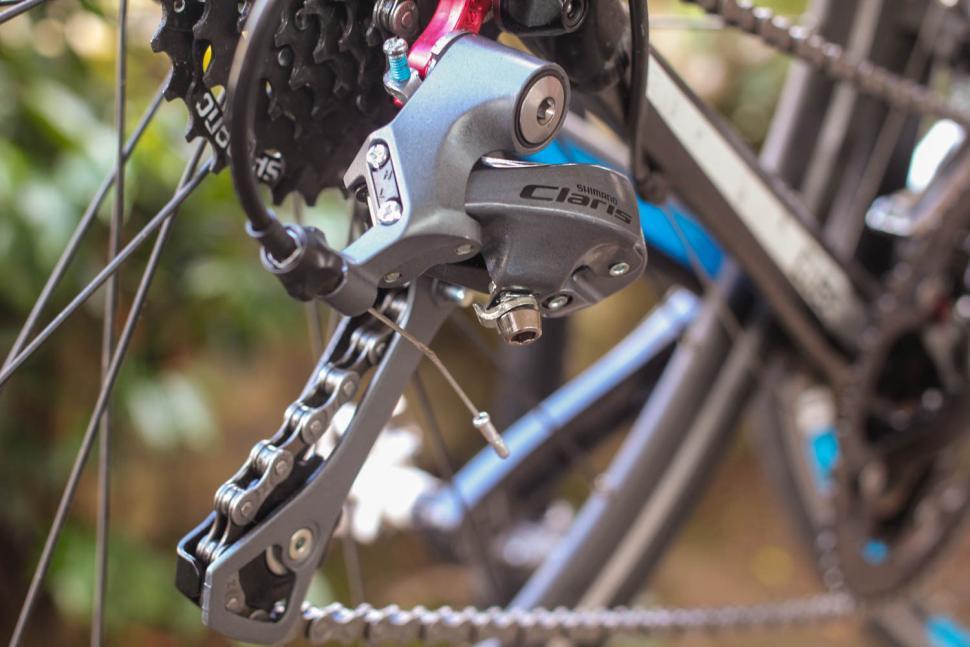 Have cyclists resorted to stealing cassettes and rear mechs due to component shortages?

Instead of wheels or bars, people are “getting cassettes, derailleurs, even chains taken off their bikes”... and a London bike shop owner thinks it isn't the work of career criminals...
by Simon_MacMichael

Is the global cycle components shortage leading to bikes locked outside being targeted for spare parts? And could it be that this isn't the work of career criminals, but cyclists who need a specific part and cannot get them through legitimate channels, who are stealing them?

The suspicion has been raised by the owner of one London bike shop with a busy repair and maintenance business, who says they are seeing more and more cyclists turning up with bikes stripped of components including rear mechs.

Bike-stripping, as it’s known, is nothing new – in a blog post for road.cc in 2018 Rich Cantle, founder of the website Stolen Ride, wrote of how one cyclist was considering giving up riding after falling victim to it on three separate occasions.

If you live in a large town or city, you've probably walked or ridden past a locked bike at some point and noticed that one of the wheels, or perhaps the saddle, is missing; and then over the succeeding days and months seen the brake levers, pedals, handlebars and other parts disappear bit by bit until little remains beyond the frame and perhaps the crankset, chain and rear mech.

So to hear that rear mechs are apparently being specifically targeted grabbed our attention, and we wanted to find out more.

“It’s kind of comical really,” the shop owner, who wishes to remain anonymous, told us, “because whereas before, a customer would have their wheels stolen, or their handlebars taken, which is, wow, now they’re getting cassettes, derailleurs, even chains taken off their bikes.

“The more expensive, the better. Customers have been coming in, it could have been a SRAM derailleur costing £60, so they know what they’re going for.”

The trend, which began “in the past couple of months” coincides with a worldwide shortage of bike components due to a number of factors, including general issues such as disruption to production, supply chains and shipping capacity caused by the coronavirus crisis and in the case of the UK, the end of the Brexit transition area.

More specific to the cycling industry, there has been soaring demand globally for OEM parts to satisfy booming sales of bikes worldwide, and for parts generally as people look to get old bikes roadworthy, often with the help of government incentives with a number of countries’ governments subsidising repairs under initiatives similar to the Department for Transport’s Fix Your Bike scheme in England.

“It’s very, very hard to get parts at the moment, so if you haven’t bought in bulk, we’re waiting five or six weeks in order to get cassettes, derailleurs, chains, some wheels we’re waiting for,” the shop owner said.

“So all those items, which are taking a long time, and customers are told they need to wait, you can’t even get them on eBay or anywhere, they’re not waiting, they’re obviously going out and helping themselves.”

That last comment stopped us in our tracks. Rather than criminals who make a career out of stealing and selling bikes and components, could some cyclists really be that unscrupulous that they’d take a part they needed from someone else’s bike?

“I think it’s on demand,” we were told. “If you need a 10-speed cassette from a certain brand, Shimano or whatever … they’re not just taking it for the fun of it, they’re taking it because they need it.

“In the past, it would always be the wheels, the seat, the handlebars – but never the parts.”

Wheels still remain an attractive target for thieves, too, however – and again, scarcity of supply appears to be a factor here.

“Certain size wheels … a 27.5-inch rear wheel on a hub is really hard to get now, we’ve been searching all morning. But if someone really wanted it, the pickings are out there.

“So we’re now looking for a 27.5-inch rear wheel [for a customer who had one stolen] and can’t get one. I’ve looked on eBay and everywhere – everything’s out of stock.”

A search on Facebook Marketplace for "derailleur" does show a number of items for sale in and around London – many of which of course will be from legitimate sellers including businesses, or cyclists who may have upgraded their own bike, but there’s always the possibility that some may have been illegally acquired.

We did ask on the Stolen Ride London Facebook page whether anyone there had been the victim of theft of components – no-one came forward, and as one user pointed out to us, its quicker to use a pair of bolt-croppers or an angle grinder to cut through a cheap cable lock and make off with the entire bike, rather than taking the time and trouble to remove a rear mech or a cassette.

Nevertheless, it’s those components that are increasingly being stolen from this particular shop’s customers … we’d be interested to hear from any readers who may have experienced this themselves, or know of someone who has.