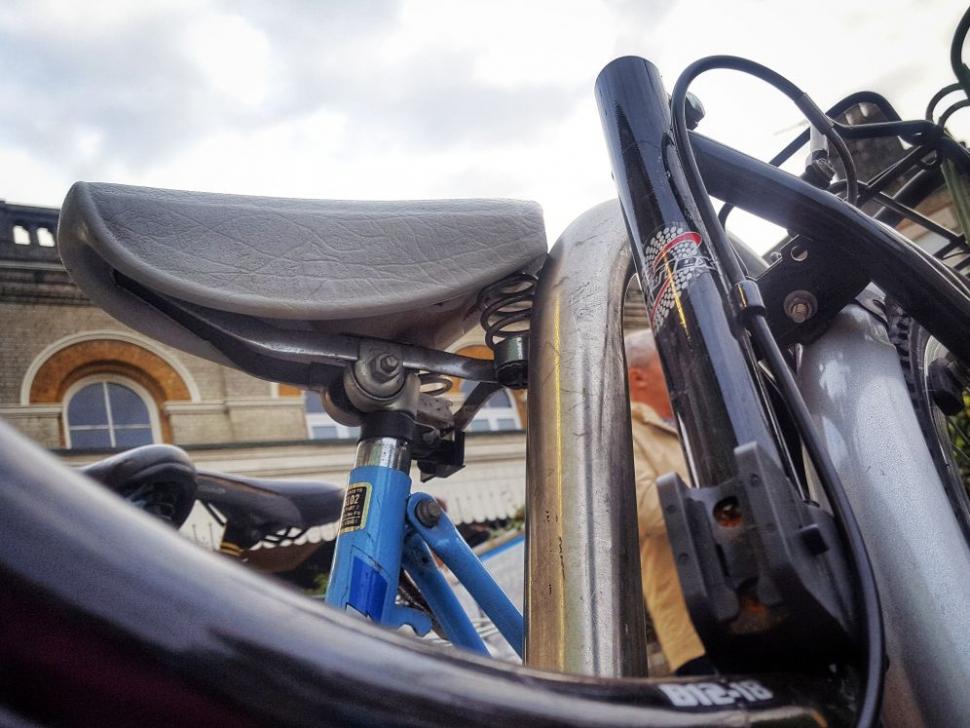 A website that seeks to reunite victims of cycle theft in London with their bikes has launched an initiative to raise awareness of another issue that affects many of the capital’s cyclists – thieves stripping parts from bikes, rather than stealing them outright.

Stolenride.co.uk is encouraging people to share via social media photos of frames that have had wheels, saddles and other components taken from them, using the hashtag #HalfEatenRide.

The aim is to highlight just how serious the problem is, and to warn new cyclists of the issue. Here’s how it works.

When you spot a lonely half-eaten bike in London, take a photo.

Be that, a photo of just a lonely single bicycle wheel, handlebar-less ride. Or a ride with a missing saddle.

# Do tag or mention the London borough it was spotted in as well.

@ mention everyone you want to tell about ‘bike-stripping’ in the post. *For security, please don’t post in real-time to social media or mention the exact location in London.

Discuss, tell your friends, local shops and clubs – this is community driven action.

In May, the website submitted a Freedom of Information Act request to the Metropolitan Police Service in an attempt to discover how much the police are aware of the volume of theft of bike parts – rather than complete bikes – stolen in London.

The answer is that while complete bikes that have been stolen are recorded individually, that doesn’t happen with parts and it is impossible for officers to go through every single crime report to ascertain ones where components, rather than the bike itself, was nicked.

It’s an unsatisfactory if perhaps understandable finding given the strained resources under which police operate nowadays, although Stolenride.co.uk believes there should be a change in the way such crimes are recorded to make it easier to track them.

In the meantime, it highlights using products such as Hexlox – with which it partners – to ensure that items such as quick-release wheels can’t be stolen in seconds by thieves and then sold on.

The site’s founder, Richard Cantle, says: “The volume of stolen bikes in London is often talked about. But, ‘bike-stripping’ – the theft of individual bike parts, such as handlebars and saddles, up to this point has been rarely talked about.

“At Stolen Ride we are very keen to bring the London cycling community together and to put a spotlight on this issue. To make sure new cyclists are aware and the authorities take note.

“This includes informing about double bike locking (two D-locks, covering frame and wheels) and the use of security solutions to avoid thieves undoing quick-release, or bolts with just an Allen key.

“This is why we have now launched #HalfEatenRide – the first step is to visually show the size of the problem in London.”