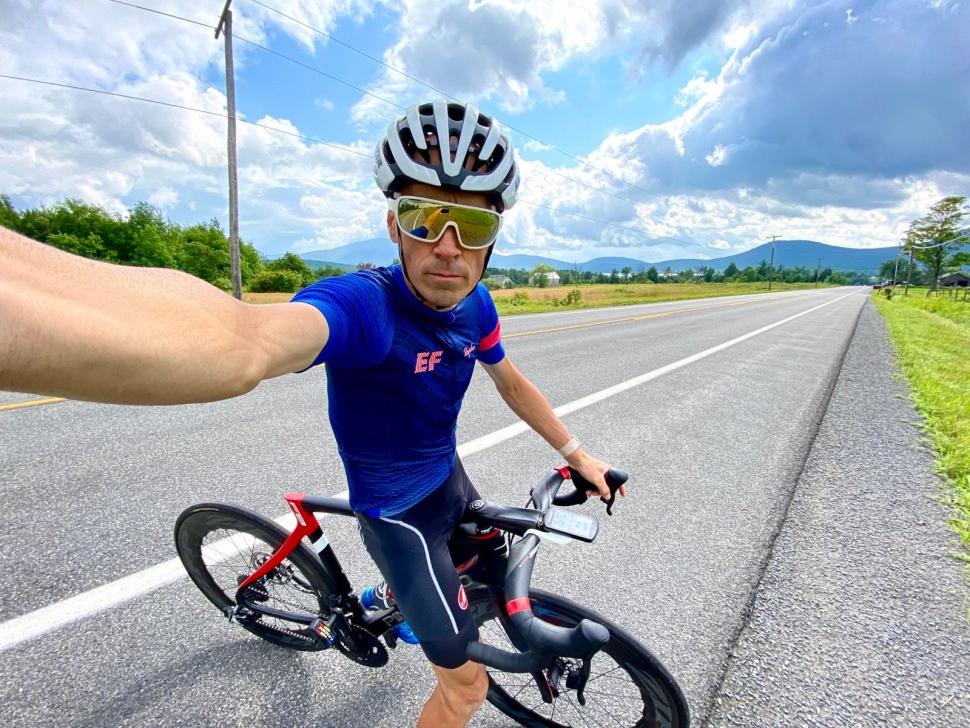 In the latest update to the 100 mile standing up saga, Chad Tavernia has promised to recreate his ride on the virtual cycling app
by Will Bolton

The cyclist who rode 100 miles while standing up has promised to recreate his epic ride on Zwift later this year to silence any doubters.

Chad Tavernia impressed the world of Strava and beyond this week when he posted his incredible out of the saddle century ride.

The US rider completed the challenge in New York State and somehow managed to maintain an average speed of 33.2km/h throughout the ride which took in more than 1,400m of climbing.

Starting just outside the small Franklin County town of Malone, Chad climbed to a maximum elevation of 620m near the Chazy Highlands Wild Forest, before finishing back where he started about 10 miles south of the border with Canada. 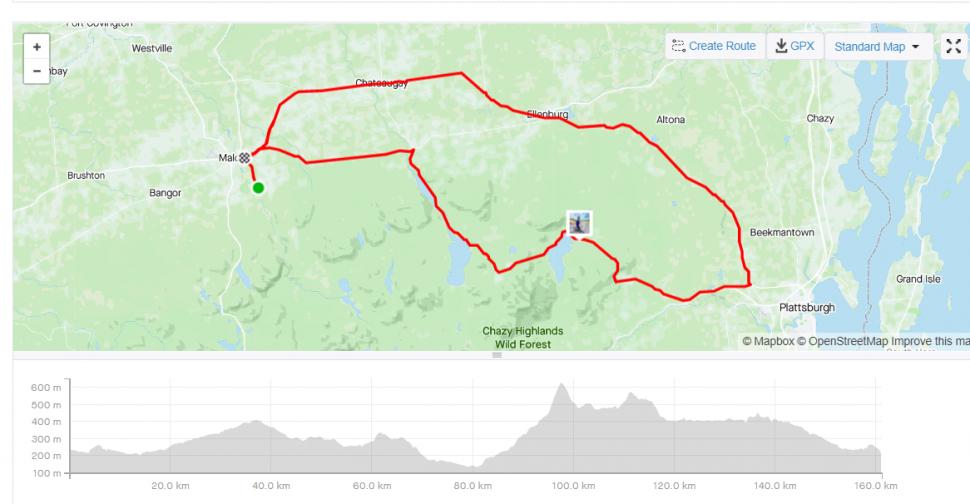 However, on Friday some road.cc readers accused Chad of photoshopping an image of him on his bike, with one tweeter saying the lack of hole where the seat post would enter the frame is the big giveaway.

> Photoshop accusations as cyclists unconvinced by out the saddle century

Others pointed to Chad's claim he did it all on no food and one bottle as clear evidence he was trolling.

While the photoshop accusation seems to have been pretty conclusively cleared up by road.cc reader OnYerBike, who pointed out that it had been covered with red tape which could also be seen on Chad's handlebars, there are still a few out there who questioned how anyone could complete such a mammoth challenge.

Now,, Chad has revealed he is committed to a December attempt at the challenge.

He said:  "Well I rode solo, not sure about proof other than to say I was interviewed for the Zwift Cast yesterday about it and I have committed to a December attempt at replicating the effort on Zwift, on my rollers.

"As far as the hole. I used red electrical tape to cover the seat post hole in case of a storm so rain would not get in my frame. Its not really proof but my average heart rate was 150 and average cadence was 65. I think that speaks for itself.

"I have always just had the ability to stand as long as I wanted. Just came natural to me. I don’t do any special training I just stand often when I ride. Thought, 'hell I’ll do a century with no saddle. Will be kind of cool.'

"The fatigue is different to a normal century. My lower back really did start to fatigue around the 60/70-mile mark. I did two 55-mile rides that way earlier this year without much issue." 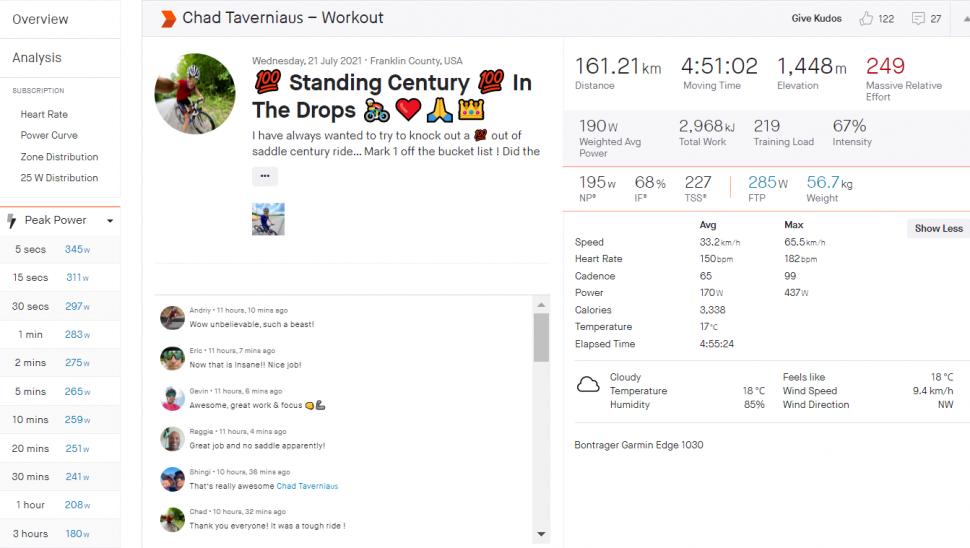 Posting on Facebook he also hinted at another, even longer challenge in the future.