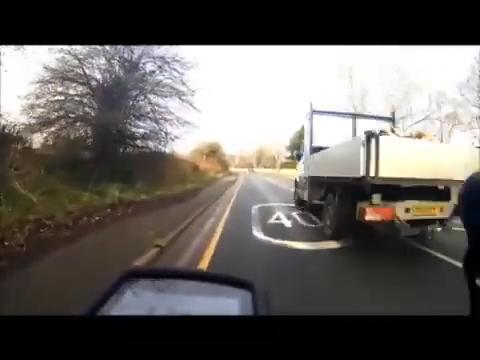 Our regular series featuring close passes from around the country - today it's North Wales...
by Simon_MacMichael

One of the most typical near misses we see in this series involves a driver overtaking a cyclist at a pinch point where the road narrows – and today’s offering from near Wrexham, north Wales, could not provide a bigger contrast to the one we featured yesterday.

Both involve lorries and traffic islands but while in the video we featured yesterday, the driver went the wrong way around the island – which is of course illegal, but at least did not put the cyclist in danger – today we have a driver ploughing ahead regardless.

The result is a very close pass on the cyclist, who responds with some industrial language – perfectly understandable in the circumstances.

Phil, the road.cc reader who sent the clip in, said: “I actually felt the air displacement as the door mirror passed my head/helmet.”

Subscribe
Near Miss of the Day
NMotD pinch point