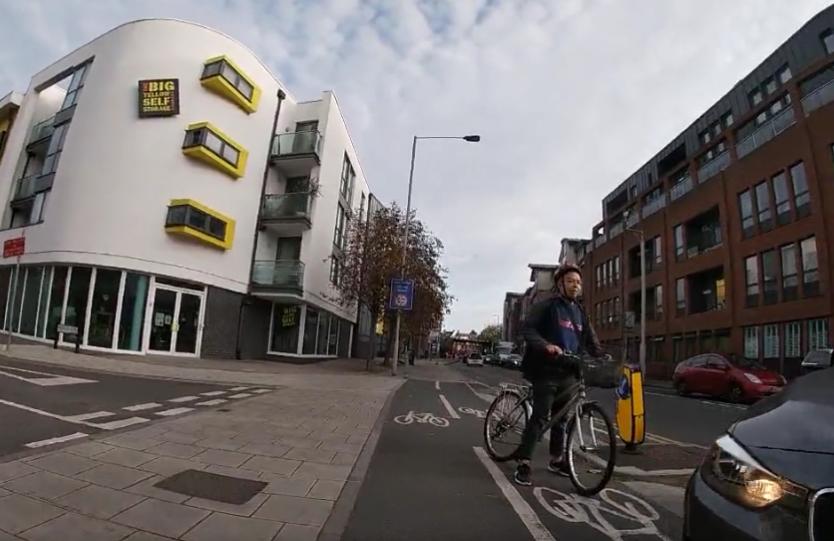 Near Miss of the Day 656: Driver cuts across rider at cyclist priority junction

Our regular series featuring close passes from around the country - today it's south west London...
by Simon_MacMichael

A driver cutting across a cyclist at a junction that was altered last year to give cyclists priority, forcing the rider to brake to avoid crashing into the vehicle, features in today’s video in our Near Miss of the Day series.

The incident happened at the junction of London Road and Gordon Road in the Royal Borough of Kingston upon Thames – one of London’s three Mini Holland boroughs – where a cycle path adjacent to the main carriageway crosses it.

The cyclist who filmed the incident, Twitter user Bigdai, is a bike mechanic and cycling instructor and can be heard on the video telling the motorist that he needs to apologise to the rider who was forced to stop, and that he cannot drive across the junction when cyclists are approaching.

Commuter fun on the London Rd cycle lane. I was lucky enough to see it happening the on-coming rider didn't have a clue until he had to slam on the brakes. There was an apology pic.twitter.com/Ug5NPzFPXN

He told road.cc: “The lane has been in place for about two years, previously there was no infrastructure, not even paint,” (as shown in this Google Street View image from 2019). 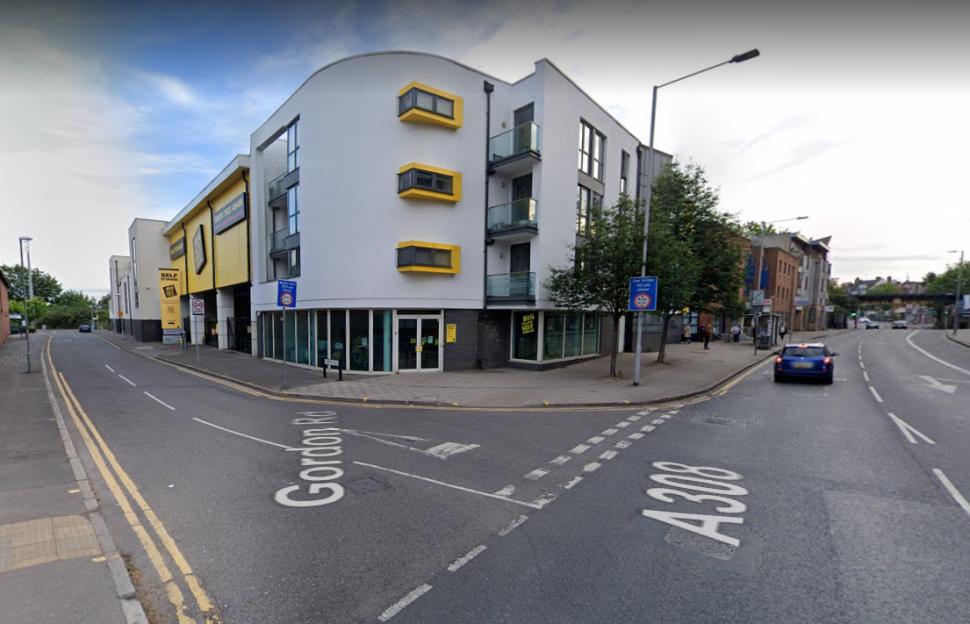 “The current layout is pretty much LTN 1/20 compliant (until it meets the bus stop further along),” he added.

In a post published in April on the Kingston Cycling Campaign website, local cyclist Henry Medcalf highlighted that the junction had attracted criticism because of the absence of signage.

He wrote: “The stretch of cycle route isn’t without its criticisms, however. There has been lots of scrutiny of the junctions with Gordon Road and Birkenhead Avenue.

“There is a lack of clear signage for drivers that the cycleway has priority. As a result, drivers encroach out into the cycleway, creating risk for injury.

“This would be rectified by adding more obvious signage or moving the current signage to a more primary position in full view of the driver.”