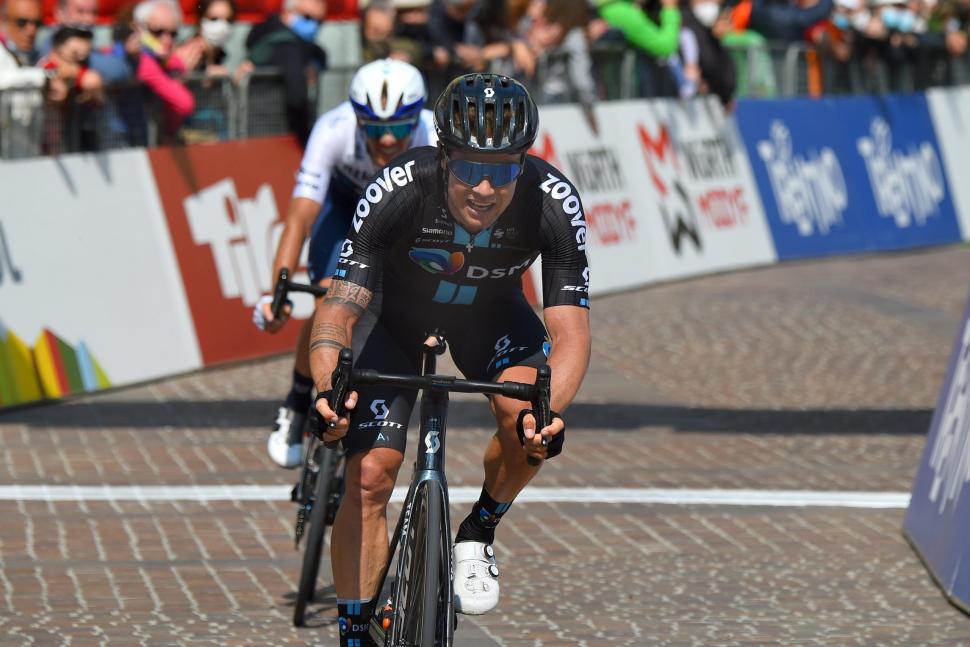 The retired professional cyclist is currently filming Irish TV show Dancing With The Stars in Dublin, but has been warned about training in the Wicklow Mountains
by Dan Alexander

Former Team DSM, Team Sky and BMC pro Nicolas Roche has raised concerns that he could be a high-profile target for bikejackers while he trains in the Wicklow Mountains south of Dublin.

The 37-year-old is back in the Irish capital, as a contestant on Dancing With The Stars, and admitted to the Irish Sun that he fears he could be a target for notorious bike thieves who reportedly "knock cyclists over" before they "throw the bike into the back of their van and drive off".

In 2019, a series of incidents involving solo riders being rammed off the road and bikes stolen were reported.

"I was told there is a white truck that goes around the Wicklow mountains with men who knocks cyclists over, take your bike off you, and then throw the bike into the back of the their van and drive off," Roche said.

"I train in the Wicklow Mountains and have been told ‘watch out for a truck’ which stops and takes your bike off you.

"I love the Wicklow mountains and being able to train up there but hearing those stories made me so cautious. You definitely have to have your wits about cycling up there."

Other riders who train in the area shared warnings to Roche, with one saying: "A word of advice and warning. Don’t go up Kippure or Sally Gap to Laragh on your own on a bike".

"I heard the stories about the bike thieves in Wicklow but the Sally Gap is where I head for because it’s my escape," Roche continued.

"Up there, there is something almost poetic to those roads. When I cycle there I feel like time has stopped.

"The beautiful scenery, the isolated roads. It’s magical. I ride an Irish-made bike so nothing is going stop me cycling it in Ireland."

Richardson was followed by thieves riding a moped who knocked him off his team-issue Canyon, dragging the athlete for 100 metres before taking the bike.

The 31-year-old said the four men wearing balaclavas pulled out a 15-inch machete when he initially refused to hand over the bike.