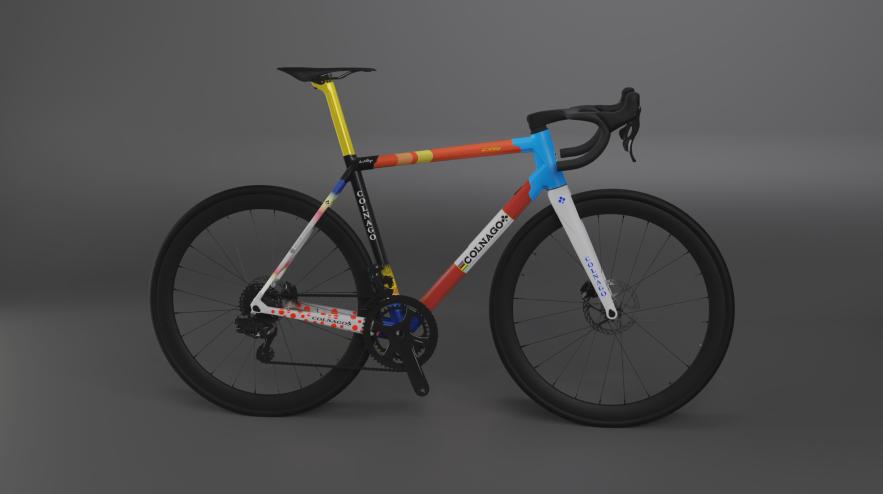 An image of a Colnago bike has fetched almost $8,600 at auction, with the Italian bike maker becoming the first – as far as we know – company within the cycling industry to have cashed in on the growing non-fungible token (NFT) trend in which digital assets are stored on a blockchain.

The digital picture of the Colnago C64 bike, which incorporated elements of various historic models from the Italian brand, was put up for sale three weeks ago on the platform Opensea.io.

It attracted just two bids, with the higher coming from user MTD-01, who will now have exclusive rights in perpetuity over the image of the bicycle – but won’t, of course, be able to ride it.

What the buyer does get, however, is a digital image of a one-off design which brings together elements of:

The purchase price was calculated in cryptocurrency – 3.2 WETH (wrapped Ethereum) tokens, which equates to $8,592 (as Bicycle Retailer & Industry News points out, you could save more than two grand and get a real-life C64 with a custom paintjob).

Other digital assets to have been sold as NFTs include Twitter CEO Jack Dorsey’s first ever tweet on the platform, Mike Winkelmann's digital artwork “Everydays: The First 5000 Days”, which went for $69 million at a Christie's auction and, just this past weekend, the YouTube viral video Charlie Bit My Finger, which sold for $760,999.

Colnago received some backlash when it announced that it was putting the digital asset up for sale, with criticism centred on the environmental impact of the computing power necessary to maintain blockchain technology (rather than the NFT itself).

This article from The Verge explains just why blockchain technology and its use to determine ownership of NFTs has such a big environmental impact, mentioning among other things that Ethereum, the cryptocurrency that the Colnago was purchased in, “uses about as much electricity as the entire country of Libya.”