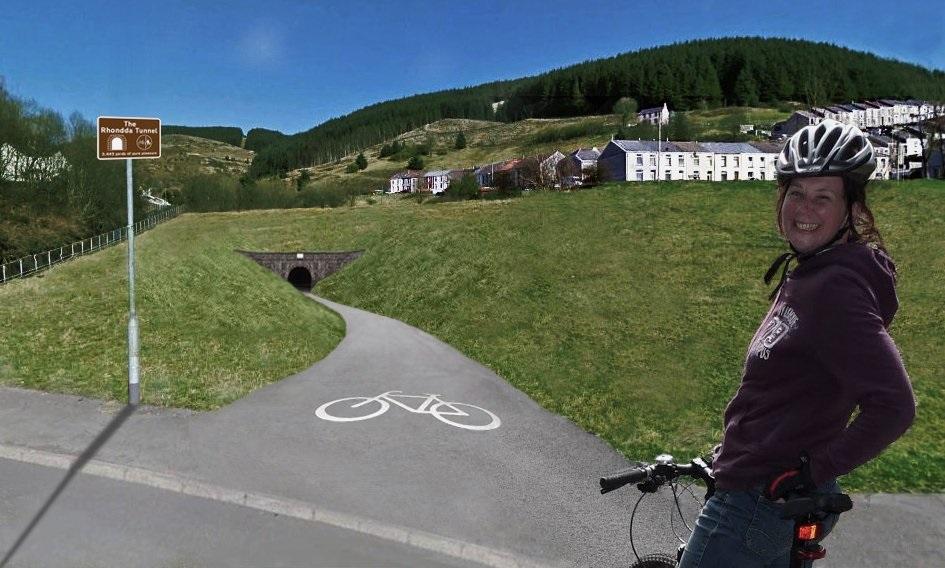 A newspaper report that the go-ahead has been given to what would be the longest cycling tunnel in Europe is premature, according to a campaign group that has been fighting to have the Rhondda Tunnel reopened for use by people on bikes.

On New Year’s Eve, Telegraph.co.uk reported that government ministers had cleared the way for the 3,148-metre tunnel, completed in 1890 but closed on safety grounds since 1970, to be reopened as a cycle route.

But in a tweet posted following the publication of the Telegraph’s article, the charity Rhondda Tunnel Society, which has been campaigning for the reopening of the tunnel as a cycleway, as shown in the CGI picture above, clarified the current situation.

It said: “Great publicity but no NEW news unfortunately. We still can't move forward and apply for the funding we need to bring this project to fruition until the Welsh Gov or Local Authorities are in a position to take ownership from Central Gov. We'll see what 2022 brings. Happy New Year.”

Great publicity but no NEW news unfortunately. We still can't move forward and apply for the funding we need to bring this project to fruition until the Welsh Gov or Local Authorities are in a position to take ownership from Central Gov. We'll see what 2022 brings. Happy New Year pic.twitter.com/4wRezyyvnF

While the tunnel is in Wales, it – together with other disused railway infrastructure around Great Britain – is the responsibility of Highways England, which manages the Historical Railways Estate on behalf of the Department for Transport (DfT).

HRE Group, an alliance of engineers, cycling campaigners and greenways developers, which is campaigning for abandoned infrastructure such as bridges and tunnels to be saved rather than infilled or demolished, also tweeted on the issue.

It highlighted that while transfer of ownership of the Rhondda Tunnel was not an obstacle, the lack of funds to restore it and develop the cycling and pedestrian routes was a problem.

This one has to happen. It would deliver such a boost to the top ends of the Rhondda and Afon valleys.#GreenRegeneration https://t.co/WsHdULfba8

However, the Telegraph article did quote Transport Secretary Grant Shapps as saying: “I would be happy to transfer it to a local group, the Welsh Government or the local council, with money for the purpose.”

Labour MP for Rhondda, Chris Bryant, said: “If we are able to reopen it as a cycle path, as many people hope, it would be the longest cycle path in Europe.

“It would be a major local attraction, which would be good for tourism and jobs in an area of outstanding beauty that unfortunately has terrible financial deprivation.”

In West Yorkshire, campaigners are similarly fighting to have an historic railway tunnel repurposed as a cycle route linking Bradford with Halifax and commenting on the coverage of the Rhondda Tunnel, Norah McWilliam, of the Queensbury Tunnel Society, told The Telegraph & Argus: “We're really pleased for them. Some people from their group have come to visit our tunnel and we've visited their tunnel.

“It’s a mile-and-a-half long and would make a great centrepiece of a greenway between Bradford and Halifax.

“The tunnel does need some serious work, particularly in the middle of it, but its potential as a green route would be fantastic for two urban centres and would be a great opportunity for local businesses.

“The tunnel would be an amazing feature on Bradford's landscape and it would be nice feature away from all of Queensbury's horrible traffic."

“But we're battling against a negative mindset. The government wants to see these tunnels as liabilities, but we see them as assets.

“We need to make use of features likes these. As a greenway it would be a great opportunity for families to explore local landscapes. It's really exciting,” she added.