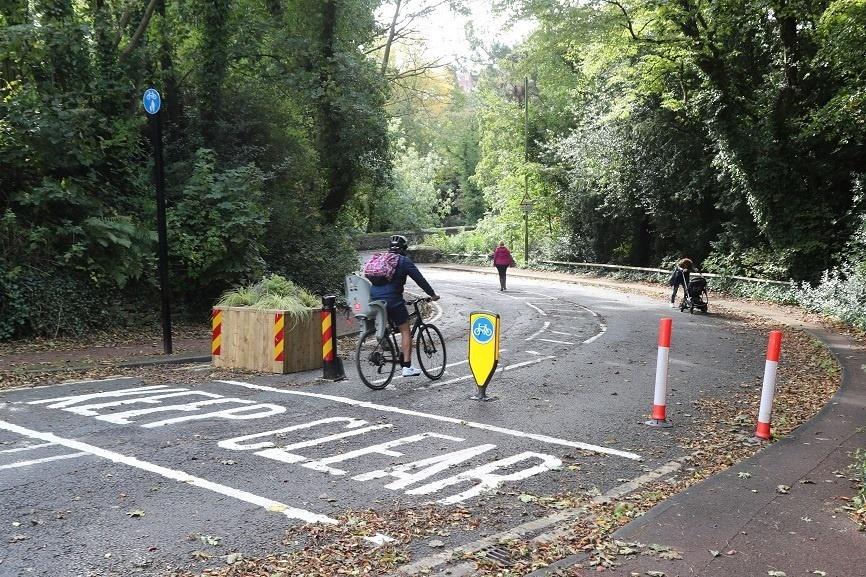 A ​councillor in Newcastle Upon Tyne has slammed a “malicious attempt” to skew the results of a consultation into the closure of five bridges to motor traffic in the Jesmond and Gosforth areas of the city, after bogus online accounts were set up to register opposition to the proposals.

The news has raised concerns among campaigners for safe active travel infrastructure elsewhere in the UK over the methods employed by opponents of such measures to try and have them overturned.

The public consultation into the closure of the bridges to motor traffic, two of which are in the Dene and South Gosforth ward, with the others being in Ouseburn, Parkland and South Jesmond, closed on Monday.

The council said on its website that a subsequent analysis of data it carried together with the platform provider found that more than 7,000 fake comments had been posted from 1,894 accounts.

The faked comments were quickly removed by the council and the consultation platform provider, as well as a further 176,036 agreements that had been used to try and build public support for the bridges being reopened to motor traffic.

Councillor Arlene Ainsley, Newcastle City Council’s cabinet member for transport and air quality commented: “It’s hugely disappointing that some people would seek to alter a consultation process by acting in this manner.

“This was a malicious attempt to disrupt a genuine conversation with the public on issues that affect people’s neighbourhoods and quality of life. To attempt to drown out the voices of people who genuinely gave us their views, either for or against the proposals, is disrespectful and will not be tolerated.

“We would like to reassure the public that we have taken swift action to remove the false accounts and representations made,” she continued. “We would also like to clarify, that the consultation process isn’t a referendum, it is about actively engaging and listening to the public on how changes in local neighbourhoods affect them.

“There are a number of factors we need to consider alongside feedback from the consultation, including responses from the emergency services, on the long-term decision on the closures and we will set out our next steps soon.”

The bridges have been closed to motor vehicles since last August under the council’s response to the coronavirus pandemic, aimed at facilitating social distancing as well as providing safer routes for people on bike an on foot.

The council says it will issue an interim report on the outcome of the consultation in the coming days, with almost 10,000 comments that remain being used to inform that process.

It adds that the closures will remain in force until a final decision has been made after taking all relevant considerations into account, including levels of traffic in neighbouring streets, changes ion air quality and any impact on emergency services.

The broadcaster Jeremy Vine, who lives in Chiswick, West London, where a small but vocal group is opposed to a protected cycleway that opened before Christmas, as well as to Hounslow Council’s plans for low traffic neighbourhoods, warned on Twitter that local authorities needed to be vigilant against such attempts to falsely influence the outcome of consultations.

Ah, caught out! This is what happens: improvements are made to roadspace — a vocal minority campaign against them — they set up fake accounts and "drench" the official consultation. The council are left feeling they've done the wrong thing. Attention @LBofHounslow @HanifKhan_1 https://t.co/fSZEt3s5QE pic.twitter.com/0xy5rBgly6

Replying to him, Jo Rigby, a Labour councillor in Wandsworth, pointed out that the Conservative-controlled council there had not undertaken similar checks into the validity of responses to a consultation before it decided to remove LTNs that had been set up under emergency active travel powers.

Officer wrote to me to say that they scanned it but didn’t do deeper checks.

That’s how people in Leeds, Liverpool and New Zealand got a say in how we live in Wandsworth.