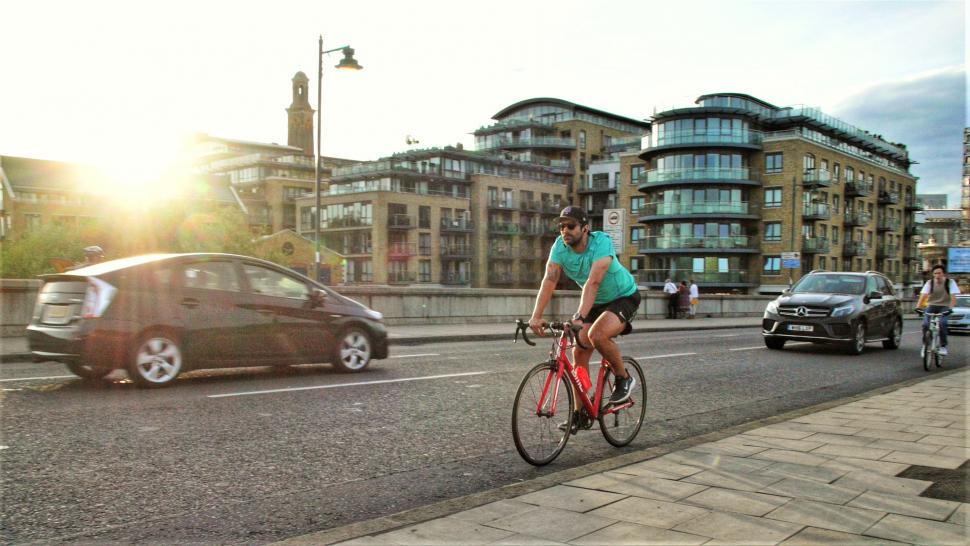 Our Near Miss of the Day series regularly features motorists overtaking cyclists in a dangerous manner simply to get ahead of them – a type of driving behaviour that now has its own acronym, MGIF (Must Get In Front) because they perceive that bike riders are holding them up. Now, a new study from the United States highlights just how pointless such passing manoeuvres are, finding that cyclists are not responsible for holding up motorists in traffic.

Published last month in the journal Transportation Research Record, the study highlighted that “A concern raised by some motorists in relation to the presence of bicycles on urban roads without bicycle lanes … is that cyclists will slow down motorised vehicles and therefore create congestion.”

Researchers from Portland State University’s Transportation, Technology & People Laboratory sought to establish whether that was true on urban roads without cycle lanes.

They found that “Bicycles are not likely to lead to reduced passenger car travel speed,” and “In most cases, the differences in speed were not significant from a practical standpoint.”

The study was carried out on six streets in Portland, Oregon, and involved two scenarios – the first where a cyclist rode in front of a passenger car, the second where it was another car in front of a car.

While “a few statistically significant differences” between those two scenarios were identified, “the actual speed differences were generally in the order of 1 mph or less.

“Therefore, differences in class two (motorised passenger) vehicle speeds with and without cyclists were found to be negligible from a practical perspective,” the study concluded.

As cycling journalist and author Carlton Reid highlights on Forbes.com, the study found that people riding their bikes downhill were less likely to be passed by drivers, since they were travelling more quickly than they would on flat roads.

Reid asked study co-author Miguel Figliozzi about the potential implications of that for people riding e-bikes.

Figliozzi told him that e-bike riders “are not as affected by uphills, and have better travel performance regarding speed and acceleration. In a low volume and low-speed street, motorists are less likely to overtake e-bikes because the speed differential is smaller or maybe zero.”

The study was welcomed by Dr Ian Walker of the University of Bath, who told Reid: “It’s nice to have hard data to suggest that sharing roads with cyclists doesn’t slow down drivers by any real degree.

“A lot of sentiment towards cyclists is founded on prejudice rather than rational analysis.”

He said that the study would be of most value to local politicians who are sympathetic towards making provision for cyclists but are concerned about it potentially causing congestion.

With the caveat that the study was carried out on American roads, not British ones, he cautioned that some local authorities might use the results to oppose the case for segregated cycling infrastructure.