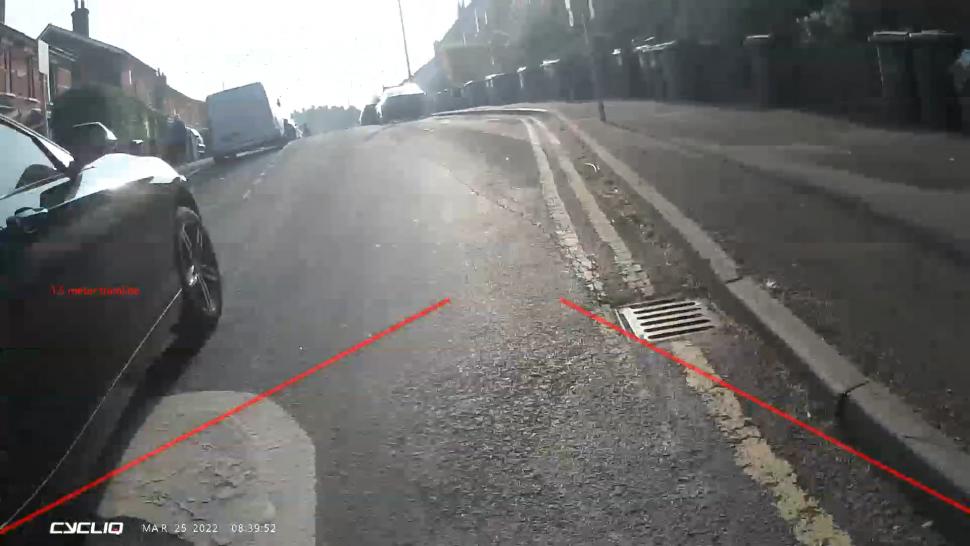 Three points, £120 fine, £90 costs and £34 surcharge for this close pass which the rider told us could have resulted in "fatal consequences"...
by Dan Alexander

Today's Near Miss of the Day at least comes with the consolation that the offending driver was ultimately fined and saw their record endorsed with three penalty points for this dangerous undertaking manoeuvre.

It happened, road.cc reader Andrew tells us, on Baltic Road in Tonbridge at the point the road narrows to one-way over a steep rise.

"I checked behind and the BMW is some way back, as you can see from the initial footage from the seatpost camera," he recalled.

> (Not so) Near Miss of the Day 828: Driver hits cyclist at speed, leaving door mirror behind

"I moved into the centre of the lane, standing to get over as quickly as possible, and heard the engine gunning from behind. I thought 'to hell with the driver, I'm not moving over to the left; they can wait until it's safe to overtake'.

"Just as well as the driver sweeps past on the left well within the 1.5m shown by the tramlines. I reckon 99 per cent of cyclists would have been intimidated to moving over, with probable fatal consequences given the speed of the manoeuvre."

The driver was reported to Kent Police and following a court hearing Andrew learnt the undertake earned them three points on their licence, a £120 fine, costs of £90 and a victim surcharge of £34.