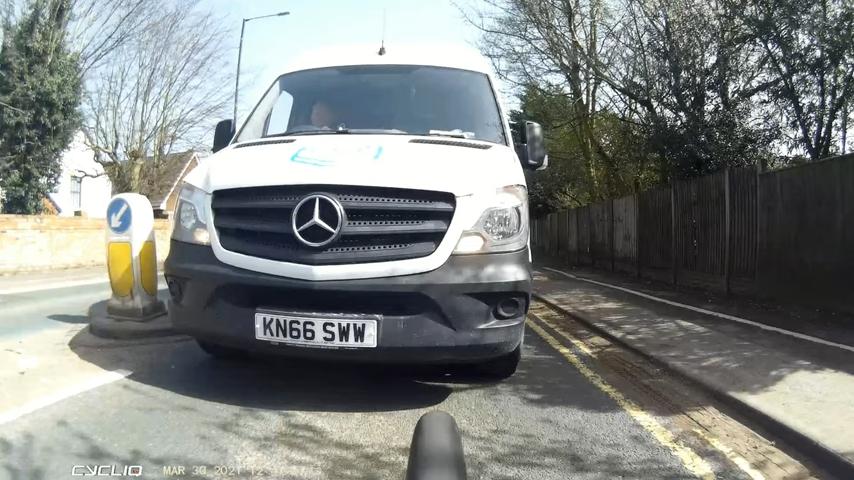 Near Miss of the Day 565: A very aggressive white van man

Our regular series featuring close passes from around the country - today it's Lancashire...
by Simon_MacMichael

A very aggressive van driver is featured in our Near Miss of the Day series today, beeping his horn behind a cyclist riding through pinch points, before making a punishment pass on the rider, then brake-checking him.

Filmed in Chorley, Lancashire It was posted to YouTube by user jthefishy, whose videos have previously appeared in this series.

In the description to the video, he said: "On my first ride on my road bike in 5 weeks and I come to a pitch point in the road and I have someone just pomping on their horn behind me, I gesture to them to stop, but after the pinch point he did a very close pass then cut in on me before brake checking me."