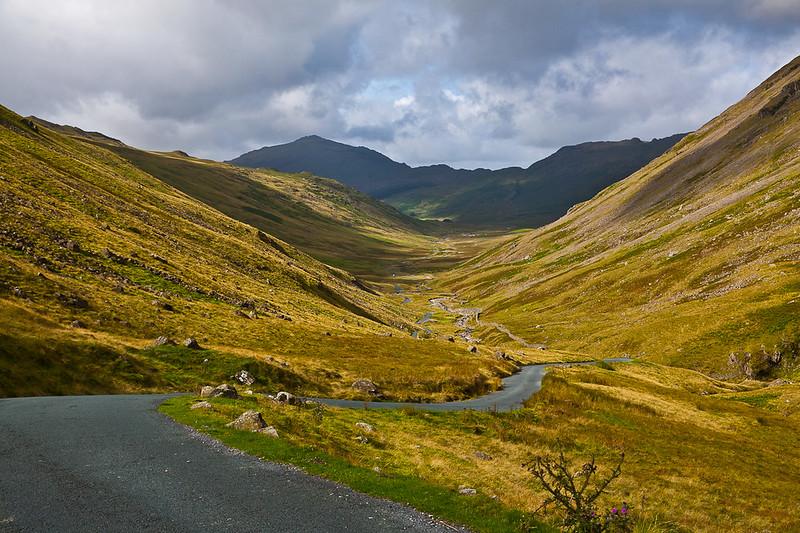 The driver denied assaulting the cyclist on the Lake District’s Hardknott Pass, and claimed that the rider punched his car and “hit me first”
by Ryan Mallon

A driver accused of punching and choking a cyclist during an alleged road rage attack on the Hardknott Pass has been found not guilty of assault occasioning actual bodily harm.

36-year-old James French denied assaulting cyclist Lee Kermode during a confrontation between the pair on the famous Lake District climb, known for its narrowness and fearsomely steep gradients, in May 2021, Cumbria Crack reports.

The motorist was accused of clipping the cyclist with his car as he passed him, prompting Mr Kermode to retaliate by striking the vehicle. Mr French then allegedly blocked the rider’s path before punching and “strangling” him, cracking the frame of his bike in the process.

However, French claimed that he was only acting in self-defence, and had been simply trying to “subdue” the cyclist, who he says damaged his car before leaning in through the vehicle’s window to attack the motorist.

Carlisle Crown Court heard earlier this week that Kermode was cycling with a group of friends in the Lake District when he rode on ahead on the Hardknott Pass, commonly regarded as one of the toughest climbs, if not the toughest, in the UK and one of the steepest roads in England.

Prosecutor Neil Bisarya told the jury that the cyclist soon became aware of a motorist driving behind him in a Volvo and, as he approached a passing place on  the extremely narrow road, “tucked in” to let the driver pass.

“What actually happened was that the Volvo passed by so close to Mr Kermode that it clipped his right arm with the nearside wing-mirror,” Bisarya said.

“Mr Kermode stopped, and shouted ‘idiot’ and he hit the nearside of the Volvo with the outside of his hand to make the driver aware of how close he was to him.

“Mr Kermode felt that the driver had [close passed him] on purpose in retaliation for being stuck behind him.”

According to the prosecutor, Mr French stopped his car, blocking the cyclist’s path, before walking towards Mr Kermode while shouting, ‘You should have stopped and let me pass’.

Mr Bisarya continued: “It’s alleged that the defendant punched Lee Kermode on the nose and then again on the mouth. The defendant then put Mr Kermode into a choke hold, wrestling him to the ground.

“Lee Kermode was still straddling his bike when the altercation took place and both men fell to the ground and on to the bike, causing the bike frame to crack in three places.

“The defendant stood over Mr Kermode and started to strangle him with both hands. Lee Kermode said the defendant continued strangling him with such force that he could not breathe or make a sound.”

The prosecutor said that the cyclist claimed that he felt himself growing weaker as the motorist continued to choke him, and feared that he was about to be killed.

He then told the jury that the attack was only curtailed after a female motorist, believing there had been a collision, stopped to offer help.

Two other cyclists who had been riding with Mr Kermode, Bisarya said, later reported seeing Mr French’s Volvo parked in a passing space further along the valley, as the motorist stood by the car holding a wrench.

“It happened so quickly”

When interviewed by police, who were contacted by both men in the wake of the incident, the 36-year-old denied both clipping the cyclist with his car and assaulting him, and instead claimed that Mr Kermode had instigated the roadside scuffle.

“He said he was the victim and that Lee Kermode had damaged his car and assaulted him, appearing at the driver’s door to attack him,” Bisarya said.

“He said he stopped his car and Lee Kermode rode alongside his car on the driver’s side and leant through the window and started to assault him while he was still in the driver’s seat.”

French claimed that Kermode continued to attack him as he got out of his car, and that he tried to restrain the cyclist.

“He hit me first,” Mr French told police at the time. “We had a scuffle where he hit me. I fell on his bike and he came at me again and then we just had a fight. Then I just tried to subdue him so he would calm down.”

Giving evidence during the trial, the motorist said that he had been out for a drive in the Lake District with his girlfriend when they approached Mr Kermode on the Hardknott Pass, which French described as a “dangerous, single-track” road.

He claimed to have driven behind the cyclist for three or four minutes, eventually overtaking him when the road widened.

Denying that he clipped Mr Kermode with his car when he passed, French told the court: “We drove very slow and then he struck the rear of the vehicle.

“As soon as I’d got out of the door, Mr Kermode was at my side of the road, on the driver’s side… At this point, he walked over to me.

“He was saying things but I was more focused on the fact that he was moving towards me very quickly. He was in my face. I told him to get out of my face… He struck me in the face, on my cheek.”

The motorist continued: “We both fell over the bike. I fell towards him. I’m assuming he fell over the bike too. It happened so quickly. We were on the grass at the side of the road. He tried to punch me again.”

French then claimed that, after the cyclist missed with his second punch, he struck Mr Kermode on the nose, before the pair began to grapple on the ground.

“I was shouting at him to calm down,” he said.

Following the scrap, French said that, as he attempted to retrieve his keys, which had fallen on the grass, the cyclist continued to swear, accusing him of driving “too close” to him.

Pointing to the rider’s cracked frame, French allegedly said: “Look at your bike; was this all worth it? What was the point?”

After driving along the valley for a brief spell, the motorist began to feel sick and pulled over at the side of the road.

When asked about the wrench, French claimed that he was standing beside the car for fresh air and was simply tidying up the tools in his boot, which he says had become loose, when the two cyclists approached to enquire about the incident.

After deliberating for less than an hour on Thursday, the jury at Carlisle Crown Court cleared Mr French of the assault charge.