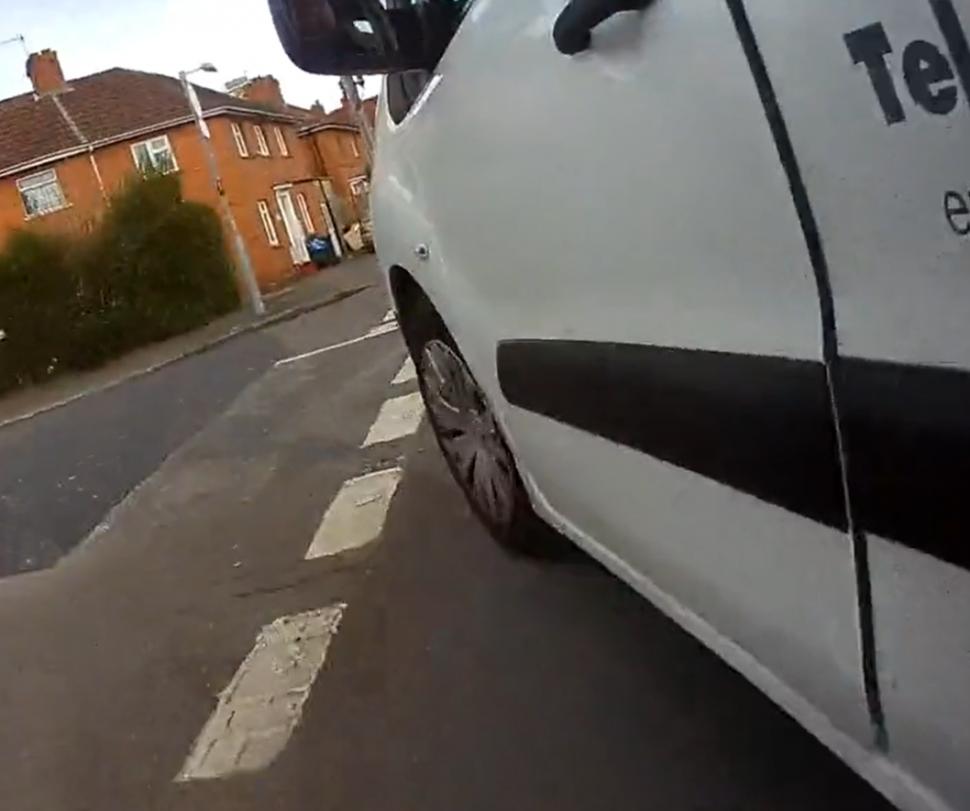 Jack Rawlins, who had a previous caution for attacking a cyclist, chased the man to “teach him a lesson” after clipping him with his wing mirror
by Ryan Mallon

A van driver who chased a cyclist before knocking him unconscious in a vicious road rage attack was handed a suspended prison sentence yesterday.

30-year-old Jack Rawlins, who had a previous caution for a similar attack on a cyclist, turned his vehicle around and followed the victim after the cyclist – who had been indicating to the approaching van driver to give him more space on a narrow residential road – was clipped by his van’s wing mirror during a head-on close pass in Bedminster, Bristol in February.

A clip of the incident, captured on the cyclist’s helmet camera and shared online by BBC West, shows Rawlins deliberately driving towards the cyclist on the nearby Weymouth Road a few minutes later, knocking him from his bike.

The painter and decorator, along with a passenger, then got out of the van and punched the victim in the face, knocking him unconscious, before driving off.

The cyclist was left with concussion and severe bruising to his ribs in the assault, and has suffered headaches and breathing problems in the months since the attack.

Rawlins was tracked down through his employer, whose contact details were printed on the van used in the attack, and later admitted to dangerous driving and assault in Bristol Crown Court.

The 30-year-old, who received anger management training as a teenager, told police that he chased the victim to “teach him a lesson” for “punching” his wing mirror.

Yesterday in court, Rawlins was handed a two-year prison sentence, suspended for two years, and was ordered to complete 150 hours of unpaid work, pay £920 in costs and compensation, and undertake an anger management course.

“This is your opportunity to address your anger and find different ways of dealing with it,” Judge Moira Macmillan told him.

Speaking after the sentencing, the victim told the BBC that he continues to cycle, but said that he is now more anxious on the roads and that his wife suffers panic attacks if he returns home late.

The 56-year-old business analyst also noted the dangers of motorists “othering” and dehumanising cyclists on the roads.

“There is a big problem of ‘othering’ of cyclists, they are seen as less than human,” he said.

“If something happens to someone’s car or something, it is seen as more important than the health and wellbeing of the cyclist, which I think is really worrying.

“Any kind of infraction of the Highway Code from cyclists is met with rage from people who may do plenty of things outside the Highway Code as well, but because it’s a cyclist they see that differently.”

Two weeks ago, road.cc reported on a similar incident which saw a teenage cyclist allegedly assaulted by a motorist after clipping his wing mirror on a narrow country road.

After hitting the cyclist, the driver – a man reported to be in his 50s – turned his Mercedes around and confronted the youngster.

The motorist then dragged him from his bike and threw him to the ground, before tossing the bike into a nearby ditch and driving away. The teenager allegedly suffered bruising in the apparent road rage-induced assault.