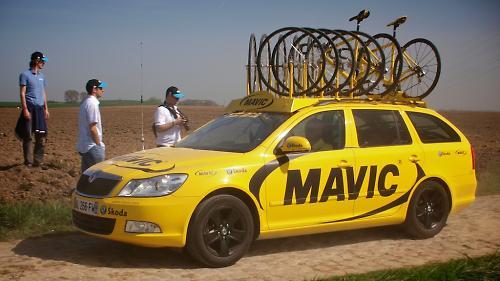 Mavic in receivership - how did it come to this for one of cycling's most famous brands?

Mavic, one of the most famous brands in cycling, faces a very uncertain future after news emerged yesterday that it has fallen into receivership. So, what went wrong with the company which has been a partner of the Tour de France for the past four decades, and what are the implications for the future of the business?

Last December, the company, which is based in Annecy in the French Alps, entered a process called conciliation which, under French insolvency law, seeks to arrive at an agreement between a business in difficulties and its creditors.

Then, according to the US-based trade website Bicycle Retailer and Industry News (BRAIN), in February this year its management was put in the hands of By Saving, a French firm specialising in turning around struggling businesses.

Yesterday, however, it emerged that the company had this week entered a process called redressement judiciaire, under which a court appoints a receiver who, working with management, seeks to maximise returns to creditors.

In Mavic’s case, six months have been granted for the process, which is the final one available to try and rescue a failing company, to be completed.

The options, at the end of that, are stark. One is to repay the debts and agree a business plan going forward – difficult at the best of times, let alone when the coronavirus pandemic is set cause a global economic crisis. Otherwise, if no buyer for the business can be found, whatever assets it has will be liquidated.

What led to Mavic's difficulties?

Founded in 1889, the brand was bought in 2005 by the Finland-based Amer Sports, whose other businesses include the winter sports brands Atomic and Salomon – the latter becoming Mavic’s direct parent company – Wilson, active in sports including golf tennis and NFL, and sports fashion brand Peak Performance.

Amer Sports, which still owns Enve, decided to sell Mavic – which employees 200 people in France and a further 50 elsewhere – following a strategic review of the business initiated in 2018.

In March last year it was announced that agreement had been reached to sell the business to Los Angeles-based private equity firm Regent LP, which confirmed completion of the transaction in July.

Not so long ago, you couldn’t miss the Mavic brand and its distinctive black on yellow logo. The Annecy-based company, which had pioneered technology such as aluminium rims as well as disc wheels and was also an early leader in the development of electronic shifting – too far ahead of its time, perhaps, in that case – was also a major player in the original equipment manufacturer (OEM) market.

Whether it was a mountain bike or road bike, there was a high probability that if you were buying a complete bike, it would come with Mavic wheels as standard. And, as market leader, if you later looked to upgrade your wheels, the brand would likely have been among your top choices.

So what changed? Well, for Mavic, whose core business remains wheels – it also sells clothing, footwear and other equipment and components – there was the double-punch of many bike brands bringing wheels in-house, often by launching their own sub-brands, and of increased competition in the wheel market generally.

The first of those caused sales in the crucial OEM segment to plummet, while the second saw the arrival of smaller, more nimble competitors, that were quicker to understand the opportunities the internet provided in being able to build their brands and engage consumers.

At the same time, even before announcing its strategic review of the operation two years ago, it was apparent that Amer Sports did not view Mavic as one of its core brands, perhaps resulting in less investment being made in the business, and less attention being paid to its development by group management.

There was also a change in how the brand was distributed, at least here in the UK. Mavic stopped working with distributors, and instead went direct to dealers.

One effect of that is to have made the brand less ‘visible’ to consumers, and even to the trade – for example, the Mavic stand at industry-leading trade show Eurobike has been getting smaller and smaller over the years.

Mavic-branded cars may continue to provide the neutral service at the Tour de France, but it only sponsors one WorldTour team now, AG2R-La Mondiale. And while many of the world’s elite downhill mountain bikers still swear by the brand, elsewhere its presence has been gradually eroded over the years.

At the time of Mavic’s sale last year, its former president, Gary Bryant, predicted a “bright future” for the brand. Quoted on trade website Bike Europe, he said the business was “Healthy, balanced between Aftermarket and OEM with a product portfolio consisting of wheels, footwear, apparel and helmets.”

He added: “This change in ownership will enable us to re-focus and drive our strategy across all our channels and regions, securing a bright future for the Mavic brand.

“As part of the transaction process and negotiation agreement, for the next three years, there is strictly no change regarding day-to-day business around development, supply or financial matters.”

Questions over change of ownership

It’s clear now, though, that when it was sold, Mavic was in serious financial difficulties, and this week, questions are being asked about the change of ownership itself.

France Bleu reports a representative of Mavic’s employees as saying that in recent days, “contrary to what had been publicly announced, Salomon did not sell the business to Regent LP but to a company M Sports, based in Delaware (USA), with no shareholder relationship with Regent.”

They demanded to know “under what conditions Salomon and the Amer Sports group sold Mavic.”

However, Amer Sports told France Bleu that it, too, “is a victim” and that “Regent hid the true identity of the purchasing shareholder.”

According to BRAIN, company documents registered in France show Mavic as being owned by M Sports International LLC, and that it is represented by one Michael Reinstein, who happens to be the chairman of Regent LP.

That leads us to believe that there is nothing untoward going on. Unlike a publicly listed group of companies such as Amer Sports which produce consolidated accounts, private equity firms manage their investments through setting up individual holding companies for them.

For legal reasons, Delaware is a popular state for companies in the US to be registered in, and M Sports International is exactly the kind of name that a private equity house might choose for the company it is setting up to house the acquired business.

Add in Reinstein being named in those French business filings, and it all seems above board, even if at first glance it appears that the companies are unrelated.

After Regent announced that it had bough the company last July, Reinstein said: “Mavic is one of the finest sports brands in the world and has been on the cutting edge of cycling technology since it was founded in 1889.”

“We are extremely proud to be a part of this incredible legacy and look forward to working closely with the world-class Mavic teams in France and around the globe to continue to define the best in cycling.”

As historic and pioneering a brand as it may once have been, there seems every possibility that the business behind it, if not the name itself, may not be with us much longer.

When approached by road.cc, a senior contact at Mavic said that they were unable to comment on the current situation.