With storm Dudley and Eunice battering the UK this week, many of us will have (wisely) confined our bikes to the shed. But not road.cc and off.road.cc contributor Matt Page, who has spent the past five days battling the wind and rain on the way to a potential Guinness World Record for the most castles visited by bike in one week.

The previous record was set by Welsh rugby legend Shane Williams, who called at 50 castles across Wales between 22 February and 1 March 2021.

It will come as no surprise to anyone that the endurance rider – who completed the Rapha Festive 500 in one day in December 2020 – broke Williams’ record with days to spare.

> Matt Page smashes the Rapha Festive 500... in one day, on Christmas Eve

Starting his attempt on Saturday, by Wednesday evening Matt had visited 61 castles, riding over 1,000 kilometres and enduring some serious Welsh climbing and awful weather (which caused a major route change on day four) in the process.

Matt is expected to reach his 67th castle on Thursday afternoon, in his hometown of Llandovery, where he will stop his attempt after six days to shelter from the incoming Storm Eunice.

Guinness’ rules stipulate that the rider must touch every castle wall for the record to count, while there are also restrictions on what constitutes a castle, based on factors such as the age of the building, the remains, and the occupancy.

No independent adjudicators were present for Matt’s attempt, so the record will only be made official once all submitted evidence has been approved by Guinness. 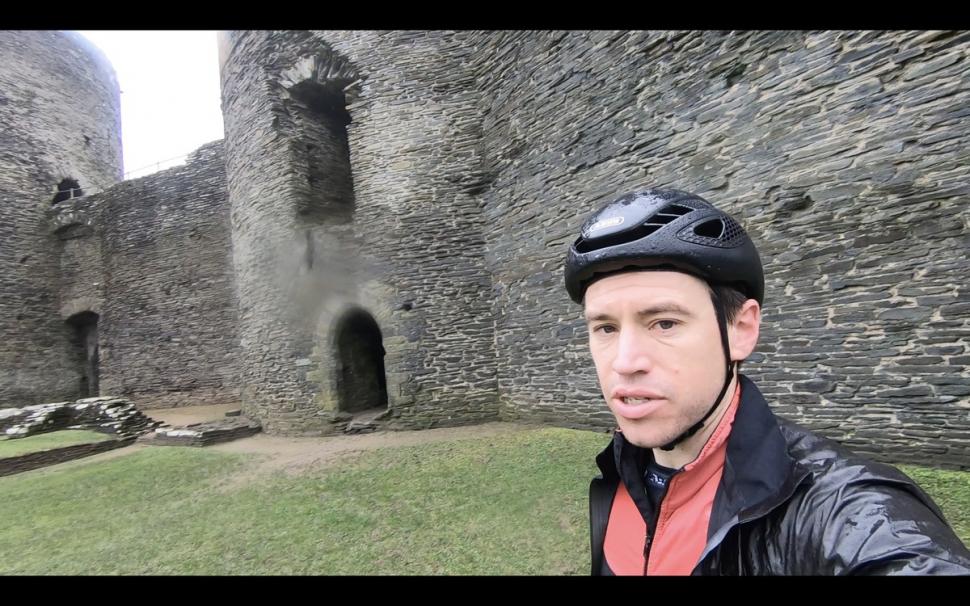 Matt says that the record attempt combined his love of both history and cycling.

He said: “When I saw the record and watching the coverage, the challenge sparked something inside me, with a love of history and of course cycling that made it perfect, and the research that I needed to do has taught me so much more.

“The weather has forced me to change the route, skipping all of North Wales and the many castles that still stand, but that was the risk in attempting the challenge at this time of year.

“To anyone who fancies a big challenge, I would certainly recommend it as the scenery has been fantastic and given me the opportunity to see areas of Wales and the borders that I have never seen before.”