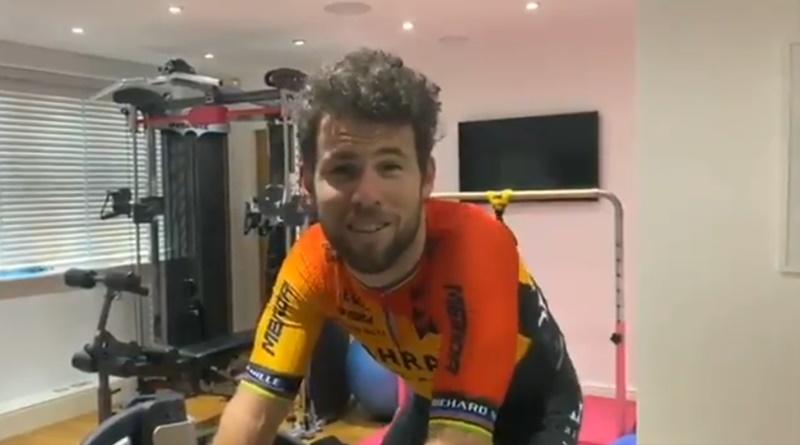 Mark Cavendish and Luke Rowe did a virtual Everest on Zwift

Mark Cavendish and Luke Rowe have climbed 8,848m in a single Zwift ride to complete a virtual Everest. Cavendish proclaimed the experience “grim”.

We’ve reported on Mark Cavendish’s turbo training a couple of times this week on our live blog.

He’s been spending long enough on there that he felt it necessary to build a DIY indoor trainer for his son, Casper, who’s not yet two, but is reportedly ‘obsessed’ with cycling.

If you want a little training partner, knock up a trainer yourself in under an hour with some shed scraps

Yesterday Cav revealed that he and former team-mate Luke Rowe of Team Ineos had done a virtual Everest in a 10-hour 211km ride.

Just Everested, vEverested, whatever you call it, with @LukeRowe1990.
We had the idea when we knew the weather would be bad.
I take my hat off to anyone who’s completed it in whatever capacity, it was grim.

Last month cycling YouTuber Francis Cade climbed twice the height of Everest on Zwift to raise money for the NHS.

He embarked on the challenge with Alex Hill, who has previously done a real-world ‘Double Everest’ in Shropshire.

Unfortunately, Hill got to 10,000m before his leg was so swollen he couldn’t carry on.

Nevertheless, the two of them raised over £17,000 through their efforts.