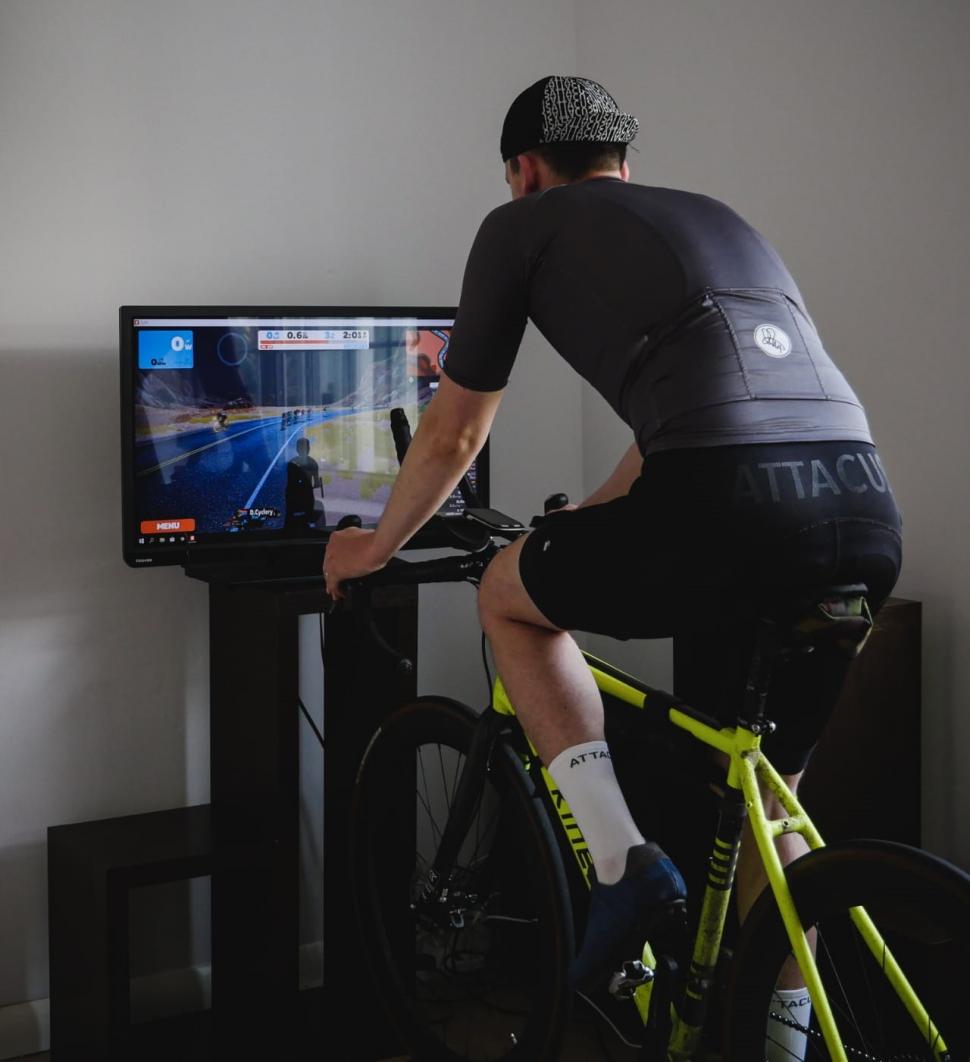 Francis Cade and Alex Hill aiming to climb 17,696m in one session
by Alex Bowden

Two cyclists are attempting to climb twice the height of Everest on Zwift to raise money for the NHS. You can see how Francis Cade is getting on here and how Alex Hill is doing here.

The two men are repeatedly riding up Alpe du Zwift on their turbos, aiming to climb 17,696m in one session – double the height of Everest.

The Hells500 official Everesting rules state that they’ll be allowed just two hours of sleep during the entire challenge, and only after they have completed the first virtual Everest. They can take as many breaks as they want to.

“We're going to put ourselves through a whole world of hurt,” they write on their Just Giving page. “But it is nothing compared to the selflessness and day-in-day-out dedication of our frontline NHS staff that are helping us all in our time of need.”

They’ve so fair raised over £3,500 – but with Hill having only completed 1,500m at the time of writing, the challenge is yet young.

Hill has previously done a real-world Double Everest in Shropshire – he was the first person in the UK to achieve the feat.

“I’m really interested in the difference between the outdoor version and the indoor, both mentally and physically,” he said.

“Clearly at the moment we can’t go and do challenges like this outdoors, so being able to really suffer indoors whilst raising some cash for the heroes that are keeping this country going is a no-brainer.”

In a vlog announcing the event, endurance rider Francis said: "Myself and [Hill] actually wanted to do the Everest outside this summer. We’ve been talking about it for a while. He’s the first person in the UK to have done a Double Everest and I think he was going to go for a triple while I did the double.

"Circumstances have obviously changed, and we’re now mainly indoors. But we thought it would be a fantastic opportunity to still do it indoors on Zwift and raise a ton of cash at the same time."

1
Win an amazing 3T Exploro GRX Pro bike worth €4000!
2
Cycling UK complains to Sunday Times over Rod Liddle’s “piano wire at neck height” column – published on weekend a cyclist was hospitalised by riding into such a trap
3
Near Miss of the Day 415: Cheshire Police issue close pass compilation
4
Covidiots? Lancashire cyclists snapped on group ride contrary to lockdown rules
5
Government to issue half a million £50 repair vouchers to get neglected bikes back on the road
6
‘Tempting’ – Sunday Times columnist Rod Liddle on stretching piano wire across road to target cyclists
7
Near Miss of the Day 413: Impatient driver at junction turns across cyclist (includes swearing)
8
Near Miss of the Day 414: Driver overtaking cyclist at speed almost hits another head-on