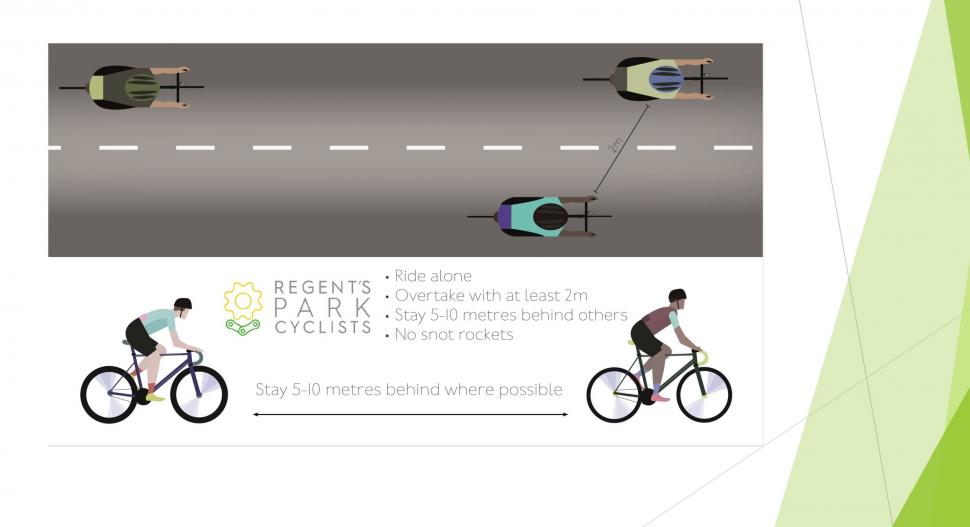 The Mail Online has been accused of misrepresenting the situation in Regent’s Park, where the newspaper claims dozens of cyclists are ignoring the Government's Covid-19 lockdown rules by riding in large groups. The “MAMIL madness” article, published today, comes after campaigners have warned that cycling could be banned if people don’t ride responsibly.

In the early days of the coronavirus lockdown, a number of cyclists chose to ignore the Prime Minister's instructions on social distancing and continued to ride in groups and meet in cafes for a mid-ride chat.

While things have improved since, yesterday (Friday) Cycling UK reminded cyclists to ride responsibly over the weekend to avoid a ban similar to those in force in a number of countries on the continent.

A week earlier, British Cycling had made a similar plea, warning that the ‘privilege’ of riding a bike could be removed if people fail to observe instructions on social distancing.

The Mail Online story, headlined “MAMIL madness: Cyclists ride close together through Regents Park in London” plays on these concerns.

The clumsily written piece says: “In London's Regent Park, dozens of 'Middle-Aged Men in Lycra' (MAMILs) ignored the Government's Covid-19 lockdown rules to congregate in Regent's Park in London to ride their bicycles in large groups.

The piece is accompanied by photographs local cyclists say have been carefully selected - perhaps even deliberately shot - to give a false representation of what is happening in and around the park.

Regent’s Park Cyclists, the group set up to represent cyclists who ride and train on the roads within the park, tweeted:

Local cyclist, The Dynaslow, who posted the original tweet, added:

And here they're attacking a guy #running who is miles away from anyone else. Utterly disingenuous. Luckily @theroyalparks know the truth: cyclists and runners have been well engaged in #SocialDistancing while getting their LAWFULLY PERMITTED #DailyExercise. Thank you everyone! pic.twitter.com/21TN3cWRhB

Regent’s Park Cyclists have posted a whole series of tweets reminding people how to ride responsibly at the moment.

Thanks for continuing to ride with care and consideration in Regent's Park. pic.twitter.com/i1LH0XtrGn

Thanks to all those keeping your distance in #regentspark Genuinely, the vast vast majority have been extremely respectful of requests by @theroyalparks @MPSRoyal_Parks It's really important that out community lead by example. pic.twitter.com/zyVKtQgZh1

10 of the most hysterical anti-cycling Daily Mail headlines