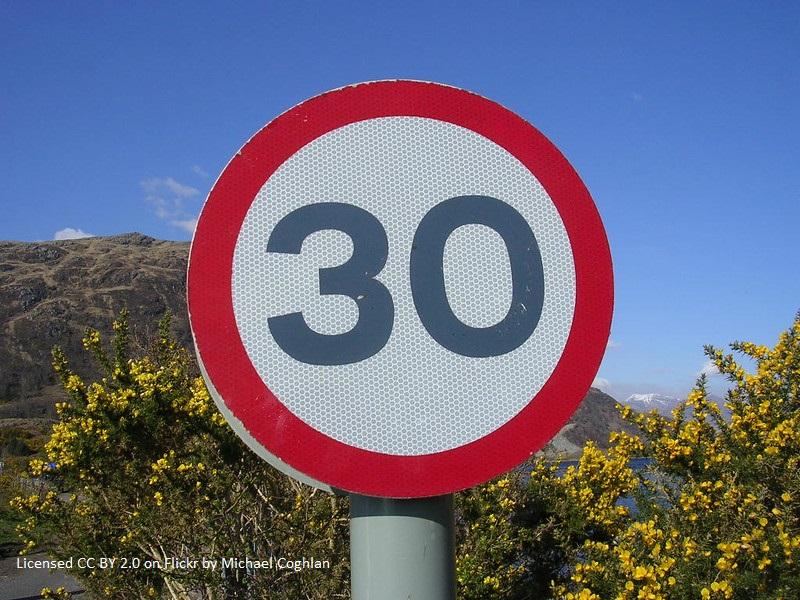 Magistrates in Buckinghamshire have said that a driver who three years ago escaped a driving ban despite totting up 12 penalty points and who was charged with speeding “had no option but to speed up” to avoid causing “serious injury and even death” to a cyclist.

Heidi Caple appeared at Wycombe Magistrates’ Court charged with breaking the 30mph speed limit as she drove her Land Rover 4x4 on the A40 West Wycombe Road nearly three years ago on 12 December 2018, reports the Bucks Free Press.

The 56-year-old from Holmer Green, Little Missenden, pleaded guilty to the charge and was fined £66 and ordered to pay £34 in costs.

However, magistrates accepted that she had “special reasons” to break the speed limit and declined to endorse her driving licence with penalty points.

The newspaper says that a note to the court listing stated: “No endorsement. Special reasons: cyclist very close and defendant could only see his helmet.

“Could not reasonably pull over to allow him to pass without causing an accident; risk of serious injury and even death to cyclist giving defendant no option but to speed up to avoid an accident.”

It is not clear from the report why Caple could only see the cyclist’s helmet, given that the road in question is a straight single carriageway with traffic flowing in both directions in a residential area, with some cars parked on the street.

It is not the first time Caple has appeared before High Wycombe Magistrates’ Court.

In October 2018, the Bucks Free Press reported that her driving licence had been endorsed with a total of 12 penalty points after she was convicted of three driving offences.

Three of those penalty points related to failure to give information relating to the driver of a vehicle who was alleged to have been guilty of an offence, and three to driving over the speed limit, and she was fined £50 for each of those offences.

She was also reported to have been fined £140 and given six penalty points for driving without valid insurance.

Usually, 12 or more penalty points within a three-year period (from the date of the first offence to the date of the last one) would result in an automatic disqualification from driving for at least six months, unless the defendant can show that “exceptional hardship” would result.

For reasons that were not reported at that time, however, magistrates did not impose a disqualification under the totting-up procedure.

> How can road violence against cyclists be stopped? DCS Andy Cox on episode 7 of the road.cc Podcast

He said (at 23 minutes 45 seconds into the recording below): “Drivers having the opportunity to continue to drive after their 12 points because of the impact to them financially and their personal circumstances – well, what about the bereaved families and the impact on them, what about other people’s safety?

“That should come first above a driver who has had multiple opportunities to learn their lesson anyway, so I think for exceptional hardship, I’m really pleased to see that Mark James, the PCC (Police and Crime Commissioner in Lincolnshire) is trying to change that and speaking publicly about that.”

He said: “They believe – and this isn’t everybody, but it’s a reasonable core of people, I think – that they’re have an absolute entitlement to get past cyclists.

“And when cyclists are riding … and doing absolutely nothing wrong, they [motorists] don’t understand why they can’t get by, and they get frustrated, and they do so often an overtake which presents risk.

“They wouldn’t jump a queue outside a cinema, or outside a restaurant in the way they do, but they do feel obligated and compelled to get past a cyclist, and in doing so present a huge amount of risk to the cyclist. I think it’s just incredible they would do that, and it comes back to driving culture.”

> ‘Driving is a privilege, not a right’ says All Party Parliamentary Cycling Group as it calls for Government to close driving ban loophole

The report said that 8,500 motorists were allowed to continue driving despite their licences having been endorsed with 12 or more penalty points, which should have resulted in a minimum six-month ban.

The group’s co-chair, Ruth Cadbury, the Labour MP for Brentford and Isleworth, said at the time: “This idea there is a ‘right to drive’, when it is clearly a privilege, is taking precedence over the right to safety on our roads for everyone.

“Lives have been lost because people who should have been taken off the road are granted the leniency not given to those whose lives they then go on to ruin.

“This isn’t a political issue, but a public safety one, which is why this cross party group calls on the next Government in June to address the collapse in the number of disqualifications imposed on irresponsible drivers,” she added.

Alex Chalk, the Conservative MP for Cheltenham, who was co-chair of the group at the time, added:  “The decline in the number of disqualifications for irresponsible driving is striking, and requires examination by the next government.

“If we are serious as a country about getting more people on bikes, safety for all road users has got to be a priority. We simply won’t achieve the take up we want to see, particularly among women cyclists, unless the roads become safer.”