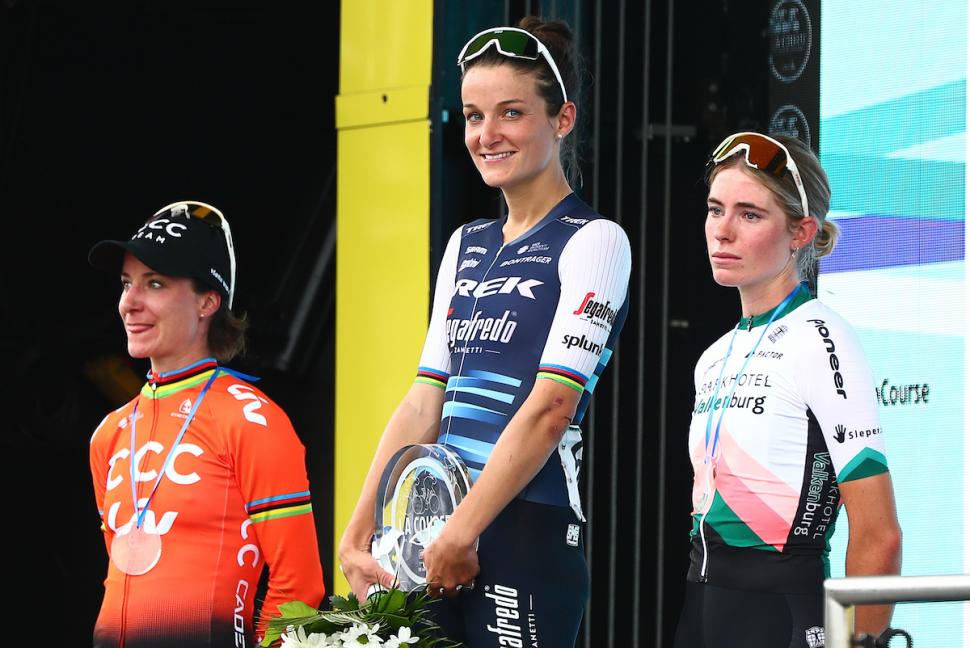 Lizzie Deignan opens up about 'horrific' experience of doping accusations

"It was just a bike race to get through at that point, it wasn't about trying to win an Olympic medal anymore, it was just about getting the race done and getting home"...
by Will Bolton

Lizzie Deignan has opened up about her 'horrific' experience at the Rio Olympics.

Days before the women's road race in Rio in 2016 news broke that Deignan had been cleared to compete by the Court of Arbitration of Sport (Cas) having been suspended from cycling the previous month.

She had been facing a four-year ban for missing three drugs tests within a one-year period, putting her Olympics in jeopardy.

Though accepting the second and third instances, Deignan argued the first was not her fault but that of the testing authorities, and Cas agreed with her.

Now,  the 32-year-old has spoken candidly abpout the impact the doping accusations had on her mental health.

Speaking to the BBC, she said: "It was horrific to be accused of being a doper when it was the very last thing I would ever do,

"It was hard to have yourself so publicly questioned. Lies can be written, and you have no control over it."

Following the controversy, Deignan finished fifth at the Games in Rio

She added:  "It was just a bike race to get through at that point, it wasn't about trying to win an Olympic medal anymore, it was just about getting the race done and getting home.

"I was thrown into this media storm where my whole reputation was being put on the line. It was very difficult to process it, and cope with it. It was a very, very difficult time.

"But honestly I can say that I'm a stronger person for it, it's taught me a great deal about lots of things."

Deignan admitted she was unhappy for a long time after her experience in Rio until she went on maternity leave in 2018.

However, the birth of her daughter, Orla, 'made her fall back in love with the sport'.

Since returning from maternity leave, the Trek-Segafredo rider has won the Women's Tour and the overall 2020 World Tour title.

However an Olympic gold medal is still missing from Deignan's palmarès and next week she will attempt to ride to victory in Tokyo.

She continued: "Orla has given me a huge sense of balance and perspective that it's quite a selfish thing to do to try and just pursue this one goal for yourself...

"When I took maternity leave to have my daughter, the biggest goal, the carrot at the end of all the hard work, was Tokyo - that's why I came back."