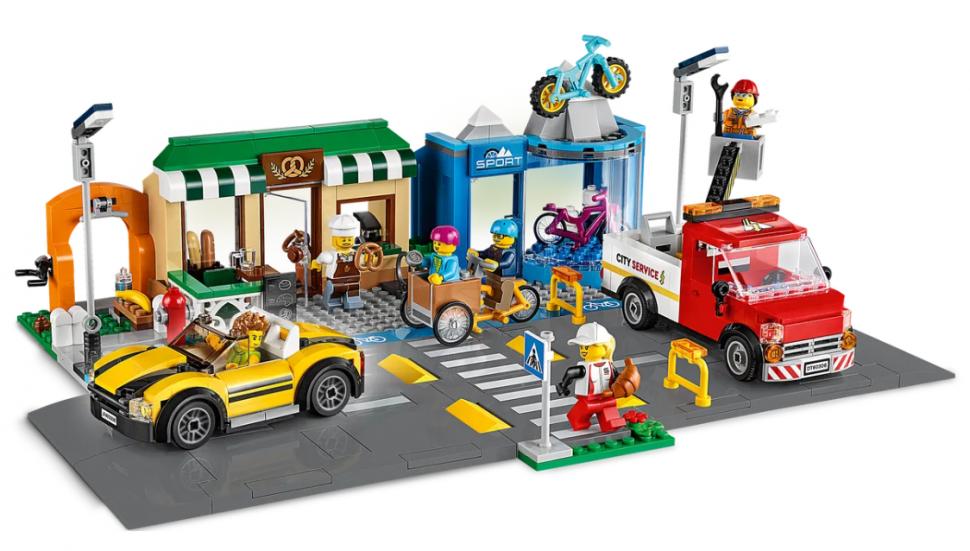 Lego, the Danish maker of plastic bricks and construction kits, has come in for criticism after the Amsterdam based Urban Cycling Institute claimed that when it asked whether “they could think about adding proper cycling infrastructure [to the Lego City range], they responded: ‘we do not partake in ideological statements’.”

In response, the Danish brick maker has told road.cc that its Lego City range enables people to add features “such as bike lanes if you choose to do so” – although based on product shots, it looks unlikely that the cycle lane, so narrow that the bicycle logo is turned sideways, would meet minimum design standards for width if scaled up to real-world size.

In a Facebook post published on Thursday, the Urban Cycling Institute added: “To help them, we designed/printed four alternatives. Currently on display in Technische Sammlungen Dresden. People-centric streets: child's play!”

We contacted Lego to ask whether the quote attributed to it by the Urban Cycling Institute indeed reflected company policy.

In a statement, the company told road.cc: “We welcome ideas and feedback from our fans, and we are committed to developing our Lego City sets in a way that ensures they are representative of the world in which children are living.

“In January 2021, we introduced a new modular road plate system in Lego City which allowed us to include bike lanes and other building elements as part of the play experience.

“The new road plate system is highly modular and versatile so you can easily add more elements to your play, such as bike lanes if you choose to do so.”

Indeed, the Shopping Street set pictured above, launched as part of the Lego City range in January this year, does feature a cycle lane – albeit one too narrow to accommodate a cargo bike, and also blocked in that image by a city council truck as workers repair an overhead street lamp, which we suppose is a nice real world touch.

A year earlier, at the start of 2020, Dutch regional councillor and brick enthusiast Marcel Steeman called on the company to make cycle paths available in its offer, saying: “I was playing with Lego with my kids and there were Lego cyclists, but I wondered where they had to cycle.

“If you are Dutch you are used to having cycling lanes.”

Underwhelmed by the cycle lane that eventually made it into the range, he devised his own version compatible with the company’s Lego City road plates and entered it into the Lego Ideas competition earlier this year. 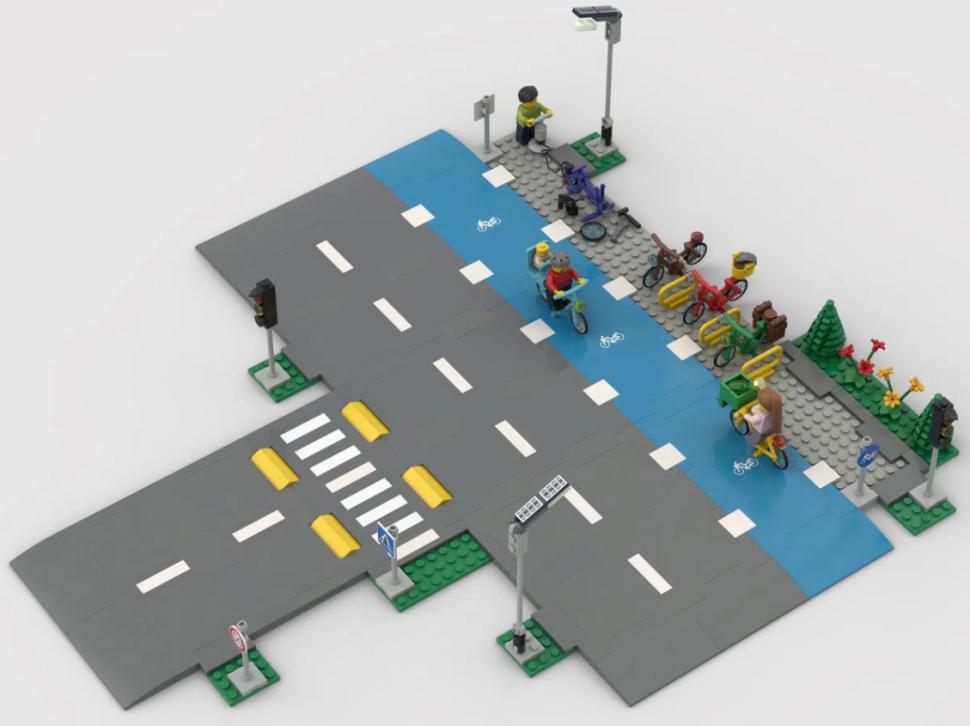 In his pitch, which was backed by more than 10,000 supporters and is currently being reviewed by key Lego staff ahead of a decision being made about whether or not it should go into production, Steeman said:

With new sets 60304 (Road Plates) and 60306 (Shopping Streets) Lego introduced a new way of looking at mobility in Lego City. Buildable and adjustable roads, bikes and even a cargo bike were introduced. So it's time to add to the next step in mobility: bike lanes that are wide enough to be safe to ride on and wide enough for a cargo bike. Built on the same template as the new Road Plates, so they can be easily combined to make Lego City a bike friendly city.

I've added some simple bike racks and a few different bikes, based on the standard lego bicycle. A bike with a child-seat, a bike with a crate on the front and a bike with bike-packing-bags. And a broken bike, that is being repaired by its rider, with a pump and some tools. The bike-locks are made of handcuffs and there are a few helmets for added safety. And the reduced speed limit (30 in stead of 50) and bikelane-road sign should help with that too.

But the real reason for this set are the bicycle-road plates. The Danish Blue color Lego chose for their bikelanes, with decals already in use for the Shopping Street-set. Wide enough for two-way traffic, to safely make room for all the bikes your Lego can build.