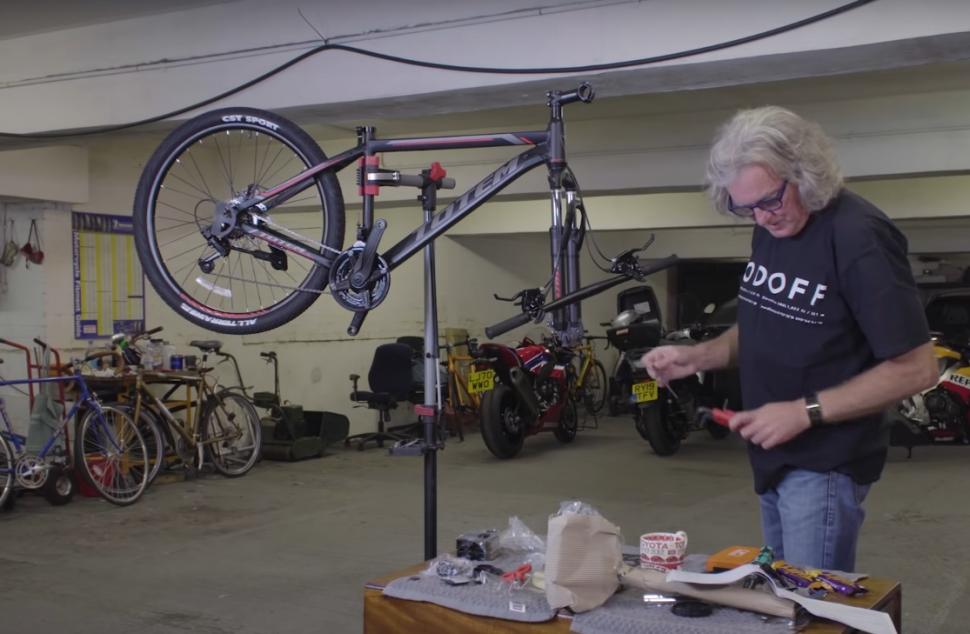 The former Top Gear host said he has only driven 'a dozen times' in the past year...
by Will Bolton

TV presenter James May claims he is now 'well buff' after swapping his car for a bicycle during the pandemic.

The former Top Gear host said he has only driven 'a dozen times' in the past year and was 'slimmer and stronger' since he started riding up to 10 miles a day.

The 58 -year-old said he was 'still falling apart' but was 'definitely healthier' since he began cycling more regularly.

May has a long-standing love of cycling, and previously urged motorists not to subscribe to what he termed 'road sectarianism' which seeks to view drivers and cyclists as polar opposites.

"I’ve done a lot of cycling because I’m allowed to. I’ve tried to stick to the rules, but I’m allowed to ride my bike once a day for exercise so pretty much every day of lockdown I did between five and 10 miles.”

Despite making his name hosting one of the most famous motoring shows in the world before moving onto Amazon's 'The Grand Tour' with his co-stars, Jeremy Clarkson and Richard Hammond, May claimed he only just got into double figures for trips in the car this year, the List reports.

He said: "During the bit where the lockdown stopped I drove down to the countryside to my pub a few times but, honestly, I reckon in the past year I’ve driven probably a dozen times."

Writing in the Times last year, May said: “The lockdown came with a qualifier: you could go out walking, running or cycling, once a day. So I immediately bought a new bike, which was a bit self-indulgent, as I already had one.”

The new bike was a Giant TCR Advanced 2, and May said that a month after buying it he 'experienced the greatest bike ride of his life' when he had to go to a recording studio in Soho for voiceover work.

He added: “I made the six-mile journey on my bike, and that was an even odder experience; the capital at the quietest I’ve known it, and by a long, long way.

"By the time I left, the sun hung in view, and I decided on a wantonly circuitous route home, taking in much of the West End, Park Lane, various monuments, the park, Buckingham Palace and a couple of famous bridges.

“It was utterly idyllic, the whole fabulous cityscape sluiced in sunlight, uncorrupted air and almost complete silence, seemingly there for the pleasure of the hundreds of cyclists exploiting an unprecedented and unrepeatable opportunity.”