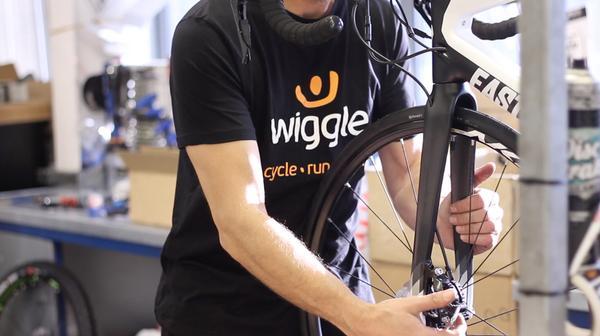 Wiggle could reportedly be the subject of a bid by German online retailer Signa Sports United, owner of a number of sports-related websites including, in cycling, Fahrradd.de, Bikester and ProBikeShop.

Speculation that Signa Sports United, not to be confused with the UK retailer Sigma Sports, could be looking to mount a takeover of Wiggle, which is owned by the private equity firm Bridgepoint were first reported by financial website Bloomberg earlier this month.

However, the news seems to have flown under the radar of the UK cycling media, including road.cc, until being picked up earlier this week by Cycling Industry News.

The rumoured bid has its roots in talks between Signa Sports United and a special purpose acquisition company named (SPAC) Yucaipa Acquisition Corp.

If that deal came to fruition, it would create a $4 billion business that would have the financial clout to mount a bid for Wiggle, according to Bloomberg.

Both Signa Sports United and Wiggle declined to comment on the Bloomberg report – which, in the absence of an outright denial by one or both parties is often a sign that discussions may indeed be taking place.

Moreover the speculation comes at a time when the coronavirus pandemic has led to a boom in the cycling industry and, as Cycling Industry News points out, follows a wave of takeovers of businesses within the sector that has continued over the past year.

Earlier this month Wiggle, which recently appointed Huw Crwys-Williams as its new CEO, said that it had seen bike sales double over the past year, with particularly strong growth in e-bikes.

> Bike sales more than double at Wiggle over past year

In 2017 Wiggle, which had merged with Chain Reaction Cycles the previous year, consolidated its position in the German market through the acquisition of etailer Bike24 in a deal reportedly worth in excess of £100 million.

The business was sold back to the previous owner in 2019 (h/t Ciaran Handley for the clarification).