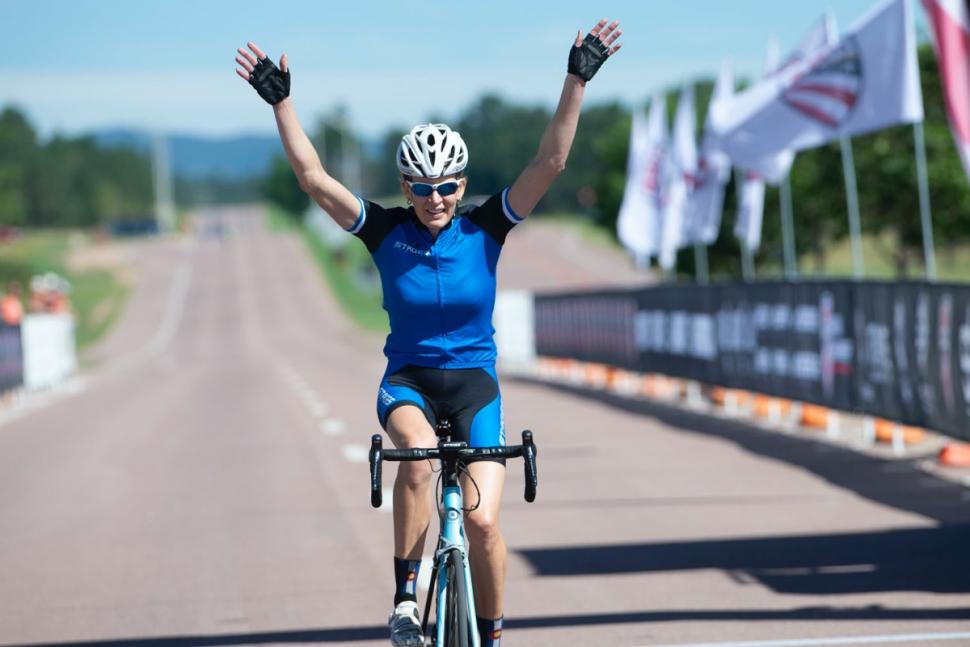 Gwen Inglis was riding in a cycle lane when she was struck and killed by motorist Ryan Montoya, who was later sentenced to eight years in prison
by Ryan Mallon

The family of Gwen Inglis, the US Masters road race champion who was killed by a motorist driving under the influence of drink and drugs last year, has been awarded a $353 million verdict in a civil lawsuit against the driver.

46-year-old elite cyclist Inglis was struck and killed by Ryan Scott Montoya while riding in a cycle lane alongside her husband Michael in Lakewood, a suburb of Denver, Colorado, on 16 May 2021.

Motorist Montoya, who admitted to police officers that he had been drinking and using marijuana the night before, drifted into the bike lane and hit Inglis from behind, throwing her 20 feet along the road. The 31-year-old was previously convicted of driving under the influence in 2014 and had been charged with a second DUI just 10 days before Inglis was tragically killed.

> US cycling champion killed by driver drifting into bike lane

In April 2022, Montoya pleaded guilty to vehicular manslaughter and driving under the influence and was sentenced in June to eight years in prison.

A member of the Black Swift/Cycleton Cycling Team, at the time of her death Inglis was the reigning US national road race champion in the 45-49 age group. She was described by the Bicycle Racing Association of Colorado as “one of their best” and “a particularly special person”.

On Tuesday, lawyers representing Michael Inglis announced in a press release that a civil case brought against Montoya and his insurance company had resulted in a $353 million verdict.

“There is no amount of money that brings Gwen back. We’d all pay it if there were. But her legacy in part now can be saving other lives.

“Part of this verdict is for punitive damages – damages meant to deter others from this conduct. Justice was served.”

Inglis’ husband Michael said in a statement: “No amount can bring back Gwennie, but 350 million is a tribute to Gwen's amazing character.”