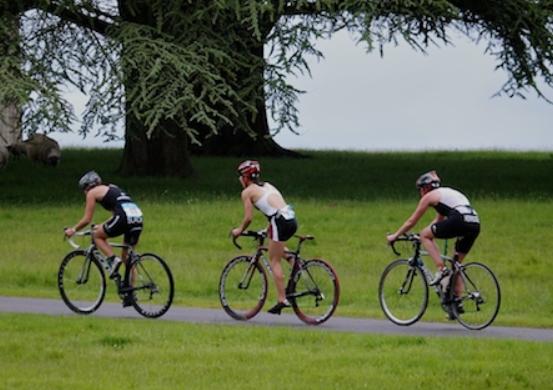 10 metres if cycling slowly, 20 metres if riding fast, say researchers from universities in Belgium and the Netherlands
by Simon_MacMichael

Our article from a couple of weeks ago, How much distance should you leave the cyclist ahead in a time of pandemic has been widely shared on social media – and now, an academic white paper has been published that reinforces the same point we made, namely that when riding your bike, you need to keep further back than the 2 metres social distancing the UK government stipulates.

And while our article was meant as a rough guide to the minimum distances you should keep between yourself and a rider further up the road, researchers from the Belgian university KU Leuven and Dutch colleagues at TU Eindhoven recommend even greater distance – and as trained engineers and aerodynamicists, their opinion carries rather more weight than ours does.

Looking at walking, jogging and cycling, still permitted in many countries during the coronavirus pandemic, they highlighted the importance of keeping out of other people’s slipstreams, to avoid going through the crowd of droplets formed by the person in front of you breathing, coughing or sneezing.

They used simulation models that usually are employed to help elite athletes understand where best to position themselves in someone else’s slipstream, but turned that concept on its head to look at how to stay out of the slipstream altogether to minimise the risk of contracting coronavirus.

The results have been displayed in a series of animations and visual depictions, which you can find in the white paper, entitled Social Distancing v2.0: During Walking, Running and Cycling.

Professor Bert Blocken, who led the research, said: “People who sneeze or cough spread droplets with a bigger force, but also people who just breathe will leave particles behind. But when running through that cloud they still can land on your clothing.”

According to the research, social distancing is less of an issue regarding two people running or walking next to each other in a low wind environment, because the droplets land behind them. The greatest risk, by contrast, comes when one person is just behind another, in their slipstream.

Professor Blocken’s advice is for people walking to leave at least 4 to 5 metres to the person in front, and 10 metres when running or cycling slowly. When cycling quickly, he recommended leaving a full 20 metres at a minimum.

“If you want to overtake someone, it is also recommended to start ‘pre‐ sorting’ into a staggered arrangement from a fairly long distance – 20 metres with bicycles, for example, so that you can overtake carefully and at a proper distance by moving in a straight line,” he added.

He likened the situation to overtaking another vehicle in a car – it’s not a manoeuvre that should be started at the last second.

In a note to the white paper, Professor Blocken, whose specialisations are urban physics, wind engineering and sports aerodynamics, explained that its publication broke usual conventions surrounding academic research due to the unprecedented situation created by the coronavirus pandemic.

“Because of the urgency of the situation and the world‐wide crisis, we exceptionally have turned things upside down,” he said.

“First research results and communication to the public, only today I submitted the research proposal for funding, later we will submit the peer‐reviewed article.

“We thought carefully about this reversed order. Given the situation, we decided it would be unethical to keep the results confidential and keep the public waiting months for the peer review process to be completed.”

He added that the white paper is “just a short description of the main results. The details of the scientific study including all CFD models, computational settings and parameters will appear on the following days as a LinkedIn article.”

In the UK, government rules man that you should stay at home, the only exceptions being essential reasons including travelling to work, shopping for food or medicine, and undertaking one form of exercise a day, including cycling, provided it is done alone or with members of your household.

As we pointed out in our previous piece on social distancing, our advice is certainly not aimed at encouraging people to ride in groups that would breach those government guidelines – but with more people cycling now, whether for exercise, commuting or shopping, inevitably you will find yourself sharing the road with others, and we’d urge everyone to ride responsibly.