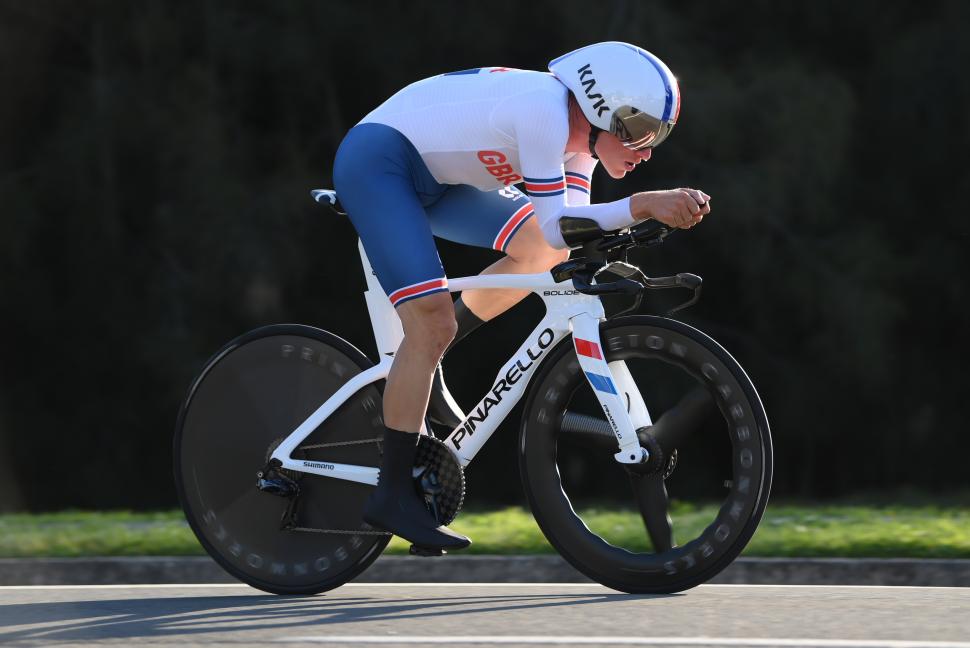 "I was doing a full gas effort on a climb so I started sprinting to try and get away from it and it just kept coming"...
by Dan Alexander

While many of the world's best cyclists have reported terrifying and concerning swooping attacks from territorial magpies ahead of this weekend's World Championships road races, British hopeful Ethan Hayter somewhat bizarrely says he "quite enjoyed" his training ride encounter with an aggressive avian attacker.

Speaking to BBC Sport alongside Great Britain teammate Fred Wright, Hayter recalled being chased while laying down some watts on a climb — a "quite cool" experience, according to the 24-year-old from London.

"I did get attacked by a magpie yesterday and I quite enjoyed it," he said.

"I didn't enjoy it at the time but afterwards I was like 'that was quite cool actually'. I was doing a full gas effort on a climb so I started sprinting to try to get away from it and it just kept coming."

Hayter's tale, minus the enjoyment, has been heard from numerous pros in Wollongong over the past two weeks, with Remco Evenepoel saying he found his magpie encounter "terrifying" and riders including Grace Brown, Bauke Mollema and Stefan Küng reporting being on the receiving end of unwanted attention from the territorial birds on-edge during the spring nesting season.

Hopefully I make it to the start line tomorrow with these Magpie attacks 🤕😂 @UCI_cycling @RochelleGilmore @wollongong2022 pic.twitter.com/EdAMSD5QoL

The repeat incidents even led UCI president David Lappartient to joke the birds were the only unsafe part of cycling in the New South Wales city.

Magpies are a real concern at #Wollongong2022. Grace Brown told me she’d been swooped twice during training rides. @UCI_cycling obviously didn’t get this memo - posted just near the finish-line. pic.twitter.com/qdxT0GOyot

One of five Ineos Grenadiers riders in the eight-man line-up, Hayter will be looking to bounce back from the disappointment of a fourth-place finish in the individual time trial having gone fastest through the first checkpoint only to see any medal hope disappear with a frustrating mechanical.

Speaking to Rouleur ahead of Sunday's race, Hayter distanced himself from reports saying he blamed his groupset manufacturer Shimano and admitted "it was my mistake".

"I was being quoted but it wasn't all in quotation marks because it's not what I said for a lot of things, Cyclingnews and stuff just said I straight up blamed Shimano which wasn't really the case," Hayter said. 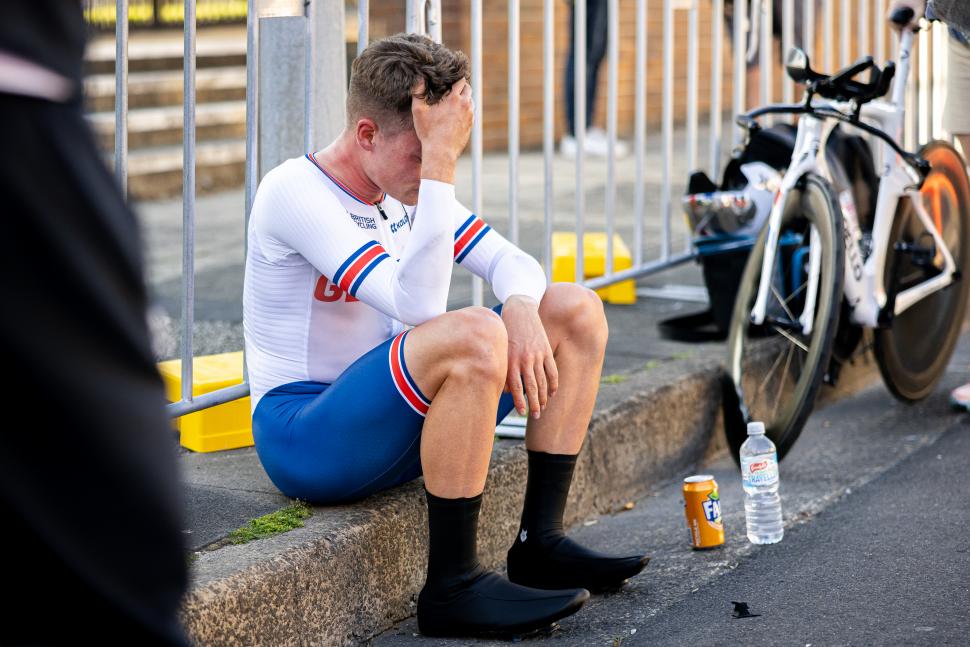 "We've got these new bikes and the shifters just have one button because of the disc brakes. What most people do is put on extra sprint shifters to change chainring, but because I got the bike quite late I didn't have time to do that because you have to drill it in.

"This meant I was using Shimano SynchroShift, where it changes the chainring for you. I never wanted to be in the little ring, but it happened because I pressed down to change one gear on the back and then it changed into the little ring all of a sudden.

"It was my mistake for pressing it one too many times, because you can set it to which gear it changes the chainring and I knew where that was. I wanted to stay in the big ring. But it happened and it was a mix of those things, it was kind of annoying but I guess I won't do it again."

It will need to be a very late night or early morning for UK-based fans wanting to watch Saturday and Sunday's 164km women's elite and 267km men's elite road races, with coverage for both starting between 1am and 3am BST, and the rainbow bands being decided roughly between 7am and 8am.