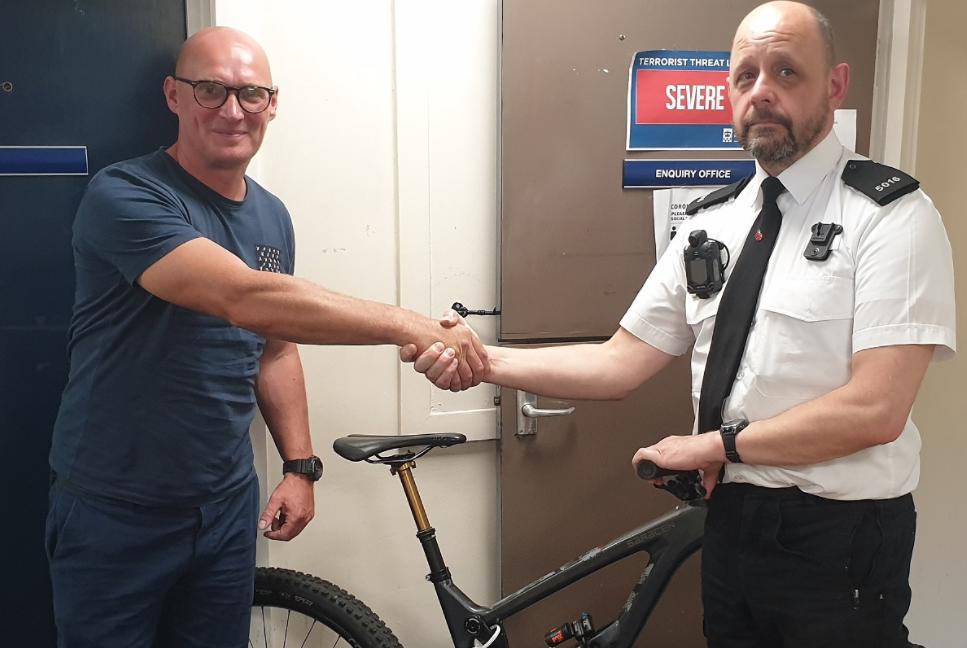 Jamie Taylor’s Saracen Arial mountain bike, valued at £5,000, was stolen in the Scottish capital in July
by Simon_MacMichael

An Edinburgh man has been reunited with his stolen bike after Merseyside Police spotted it being sold on eBay by a vendor based on the Wirral.

Jamie Taylor’s Saracen Arial mountain bike, valued at £5,000, was stolen in the Scottish capital in July.

It turned up 200 miles away, and police have arrested the seller on suspicion of conspiracy to commit burglary.

Merseyside Police said: "Officers in Wirral have recovered a stolen bike to an Edinburgh man after it was advertised for sale on eBay.

“On Wednesday 7 July, a high-value Saracen Arial carbon fibre mountain bike was stolen from the Edinburgh area. Following enquiries, it was established that attempts were being made to sell the bike online. Officers attended the address of the seller and a man was detained.

“A 42-year-old man from Egremont, Wirral was arrested on suspicion of conspiracy to commit burglary and remains under investigation. The victim was presented with his bike by Constable Graham Ford from Wirral Community Policing Team.”

PC Ford said: “This investigation is ongoing but it’s extremely pleasing to see this valuable and cherished possession returned to its rightful owner.

“We will act on all information, working alongside other forces, to identify and return stolen goods.

“Burglary is a distressing experience and we hope that such a positive result is a comfort for this and other victims of burglary,” he added.

Community Policing Inspector Alan McKeon commented: “We’ve seen a recent increase in bike thefts on the Wirral and these items are often, as in this case, extremely valuable.

“We’re keen that owners of such items invest that little bit more on good security so have a look at our website, where you will find advice on making your home and shed as hard a target as possible.

Please note comments are closed on this story.