Anti-doping chiefs are facing a 'race against time' to identify the mystery rider for whom banned drugs were ordered before the 2012 Olympics amid fears they only have two months left to do so.

Leading MPs called for the 10-year statute of limitations on such offences to be scrapped following the news that British Cycling’s former team doctor, Richard Freeman placed an order in May 2011 'knowing or believing it was to be administered to an athlete to improve their athletic performance', The Telegraph reports.

The calls come on the same day Dr Freeman spoke out for the first time since being found guilty of ordering testosterone at a medical tribunal this week.

He denied being a 'doping doctor' and said he was 'shocked' at the verdict.

In an interview with the Mail on Sunday, the 61-year-old said: "'It's unbelievable. I have never doped a rider in my life.

"I'm still to see any evidence of who this rider supposedly was. I accept there are people who don't believe me. They will say I've lied and changed my story and can't trust anything I say. I've admitted to those lies.

"And, yes, I deserved the GMC tribunal [a General Medical Council probe into whether he is fit to be a doctor]. But I can say with a clear conscience that I didn't order Testogel knowing or believing it was for cheating...

"I'm still shocked at this verdict. I've made plenty of mistakes but I'm not a doping doctor."

Freeman had previously admitted 18 of 22 charges against him but denied the central charge about the purpose of the Testogel order.

As the fallout continued from one of British sport’s worst drugs scandal, a former director of legal for UK Anti-Doping admitted having a cut-off point for prosecuting dopers  'allows people who have cheated to basically get away with it and keep the rewards of their cheating'.

Freeman, who was on Saturday still considering whether to appeal the verdict, was also facing calls to reveal who the banned drugs were intended for.

Failure to find the intended recipient before the middle of May could mean he or she escapes justice under rules that prohibit the prosecution of doping offences that date back more than a decade.

After the verdict on Friday British Cycling said the finding against Freeman was 'extremely disturbing'.

Damian Collins, the former chairman of the Digital, Culture, Media & Sport select committee, told Telegraph Sport: “The 10-year rule is not fit for purpose because I think it’s important to know which rider was the intended recipient of the testosterone patches.

"We don’t know, of course, if that was a one-off or part of a pattern of behaviour.

"It’s possible that rider, if not riding in competition, could still be involved in the sport.

“And, therefore, it’s important that we should know. Because someone who cheated as an athlete might also try to cheat as a coach as well.”

Graham Arthur, former UKAD director of legal, added of the statute of limitations: “In cases like this, it doesn’t feel like it makes a lot of sense, does it?” 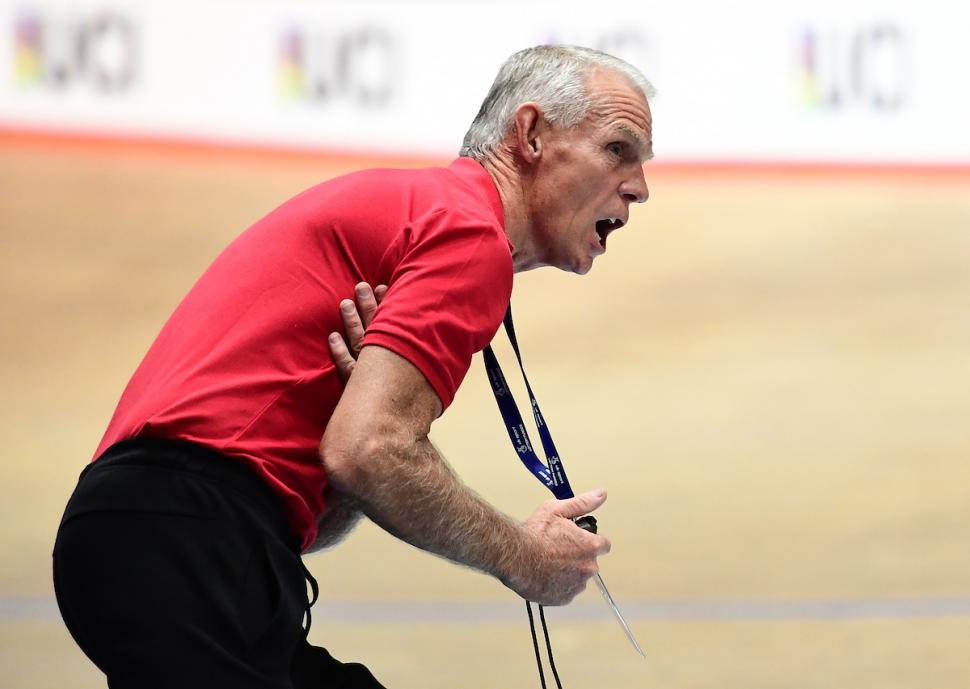 Shane Sutton, the former British Cycling head coach whose explosive testimony helped convict Freeman, said that he was 'convinced' the testosterone had not been ordered for a cyclist.

He said: “Maybe the doctor was working outside cycling – I don’t know – but all the athletes that I’ve worked with in the track programme in my time, I vouch for all of them.

“The knights of the world that we have and the great achievers over the past decade or so within British cycling, they must be sitting there thinking this is such a shame.”

He added: “I just think the whole thing’s been a shambles from day one in respect that a man’s lied, he’s then openly admitted that he’s lied. Well, it’s now time to tell the truth.

“But given the statute of limitations and everything else, will we ever hear the truth? I’m not so sure.”

The hearing will resume on 17 March, when the tribunal will consider if Freeman's 'fitness to practise is impaired'.