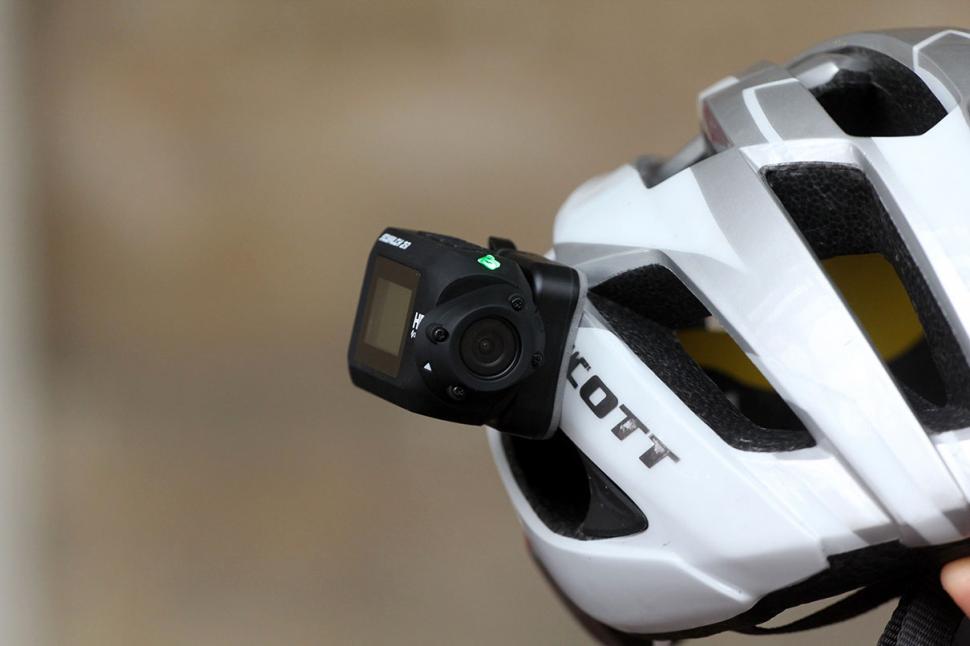 Cyclists in Devon are being given helmet cameras to help them film footage of dangerous driving and submit it to the police under a pilot scheme that may eventually be rolled out across the county.

The initiative has been launched by Devon County Council in partnership with Exeter-based cycling charity Ride On and the Exeter Cycling Campaign, as well as the Met Office, the Royal Devonshire & Exeter hospital and Exeter Science Park, all major employers in the city.

Councillor Stuart Hughes, Devon County Council’s cabinet member for highway management, said: “This trial is being undertaken because we’ve seen lots of reports of motorists not knowing the safe distance to leave when overtaking cyclists and they pass too close to them.

“If they’ve witnessed driving that’s dangerous, they have the reassurance that they can upload their footage to Operation Snap.

“The cameras look like helmet-mounted lights, so they’re not particularly noticeable, but we want motorists to know that close passes are potentially being recorded. We don’t want this to be confrontational – we’re hoping it prompts everyone to think about others on the roads and leads to safer roads for us all.

“It’s really an opportunity to educate motorists about close passes and other incidents of dangerous driving for cyclists.”

“We celebrate the cyclist as sustainable travel, recognise cyclists as part of the vulnerable road user group and consider their safety as non-negotiable.

“Cyclists continue to be a significant contributor to Devon & Cornwall Police Op Snap and in the last six months police have been able to take positive action with 112 cases that would otherwise have been missed,” he added.

“I thank all those that have taken time to upload their footage to Op Snap and helping to make our roads a safer place.”

Ride On’s Sam White added: “I've been using the camera for a few weeks now and I think it could be a valuable tool to document some of the dangers from motorists that you are occasionally faced with when getting around by bike.”

In 2017, Devon & Cornwall Police joined other forces across the country in launching a campaign targeting drivers who overtake cyclists without giving them enough room, with officers using a close pass mat donate by Cycling UK and cameras from Exeter-based Cycle Engage UK.