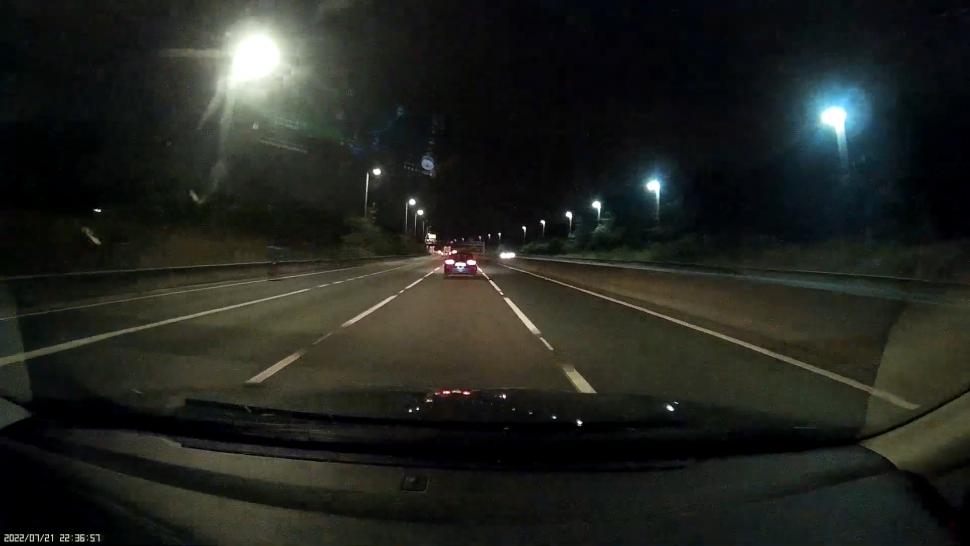 “He was pedalling like crazy” says road.cc reader who filmed the rider and alerted police
by Simon_MacMichael

A road.cc reader who was driving on the M6 at Spaghetti Junction contacted police after he passed what he described as a “crazy Deliveroo cyclist” riding on the hard shoulder of the motorway.

Stephen, who posted the footage filmed through his vehicle’s dashcam  to YouTube, told us: “I’m not sure this quite classes as a Near Miss of the Day (although I’m sure this would have resulted in plenty)?

“Driving home north along the M6 just passing Junction 6 on Thursday evening I was amazed to see a crazy Deliveroo cyclist with a death wish cycling along the hard shoulder, presumably using his phone’s sat-nav for guidance.

“As a keen cyclist I actively go out my way to avoid fast 60 or 70mph dual carriageways (obviously motorways are illegal), I can only imagine the feeling each time one of those lorries went past.

“Whilst he did have front and rear lights they weren't very bright and he wasn't wearing any high vis, he was pedalling like crazy which I suspect was down to a combination of adrenaline and knowing he'd taken a wrong turn somewhere.

“For his own safety and that of drivers who may end up swerving to avoid him and causing a pile up I contacted the police immediately, haven’t heard if they managed to help him out but I didn't see any reports of fatalities so hopefully all worked out.”

Cyclists are banned from motorways under Highway Code rule 253, which states:

However, road policing units regularly post on social media about having to escort a cyclist off a motorway, with sat-nav errors, ignoring signage or simply not knowing the law – the latter an excuse but not a defence, of course – factors that can cause a rider to be there in the first place.

In the case of Spaghetti Junction, to those unfamiliar with it there’s also a bewildering array of slip roads, underpasses and flyovers and it’s not hard to imagine how an inexperienced cyclist relying on a sat-nav on a phone that is set for motor vehicles rather than bicycles could end up on a motorway here. 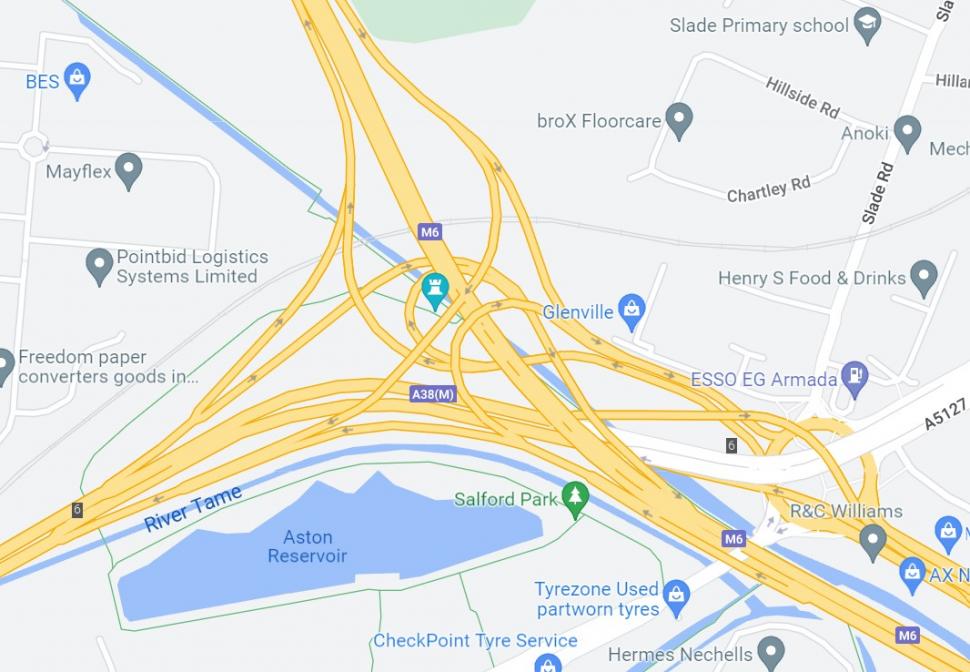 It’s the second time in recent months a food delivery cyclist has been filmed close to the interchange in recent months, with a rider from Deliveroo rival Just Eat filmed riding on the M6 between Junctions 6 and 7 in March this year.