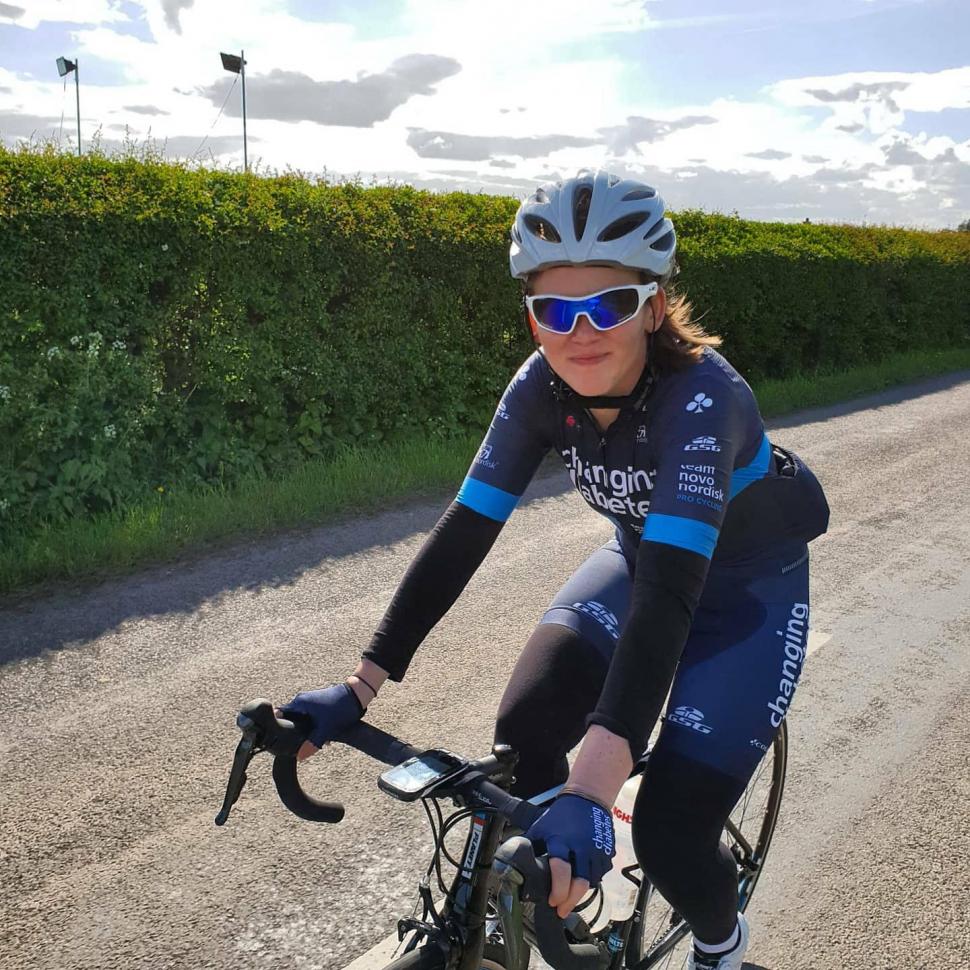 Kimberley Cameron, who raised money for charity through her bike rides, was attempting her first 10km run when she was killed
by Simon_MacMichael

Cyclists are being urged to swap their pedals for a pair of trainers this month in memory of a woman killed in a crash involving a police car in Buckinghamshire.

Kimberley Cameron, aged 27 and who suffered from Type 1 diabetes, had raised money for the charity Diabetes UK through taking part in cycling events.

She was trying to run 10km for the first time when she was struck by a police car responding to an emergency call on the A41 Bicester Road in Aylesbury on Friday 16 April.

Thames Valley Police referred the incident to the Office for Police Conduct (IOPC), in line with standard procedure.

In a statement at the time, her family said: “Kimberley was a very much-loved daughter, sister, granddaughter, and niece.

“She was a truly remarkable, independent young woman, who, despite having type 1 diabetes lived every day to the full and never let it define who she was.

“She was a passionate cyclist and runner who aspired to be a role model to all diabetics by pushing and challenging her physical limits daily.”

A close friend of hers, Henry Apsden, told road.cc: “Kim was an avid cyclist and had recently taken up running when she was involved in a fatal RTC near her home in Aylesbury.

“The accident occurred on Kim's attempt to push her running to the 10km mark.

“Kim's family are asking cyclist to swap pedals for trainers and try to complete the 10km run Kim never returned home from.”

A Just Giving page has been set up in her memory, with people urged to complete the 10km run on her memory and make a small donation to Diabetes UK

“Kim would regularly cycle the roads around Buckinghamshire,” says the description to the page, which was set up by Sam Smuts.

“She took part in many national events raising money for her favoured charity, Diabetes UK,  including our own local, Tour De Vale.

“As a type 1 diabetic, she was determined to not let it impact her life. She was also a keen runner and recently had been pushing her pace on her 5km runs, and was getting stronger.

“She had set herself a goal to complete a 10km run by the end of April. On Friday night [16 April], after a really positive day and good conversations with her family, she decided to pursue her 10km run. Sadly, she didn't come home.

“Her Dad, Kevin, and brother Jamie, with the support of her Mum, Liane, will be running the 10km route that Kim had planned to run, by the end of April. They are doing this in her memory.

“Her family and friends would like you to honour Kim's memory in May  by completing a 10km activity.  This could be running, walking, riding, hiking – anything really; individually or as a team relay and could be done in one go or over a number of days.

“Kim was an effervescent, bubbly, radiant young lady who impacted all those fortunate to be in her company.  She will be remembered for her positivity and determination to overcome all the challenges she faced.

“With that in mind, we ask you that, during your 10km challenge, to post pictures of yourselves on social media and use the hashtag #unitedwedidkims10km.”

The Just Giving page already has donations in excess of £4,600 against an initial target of £1,000.