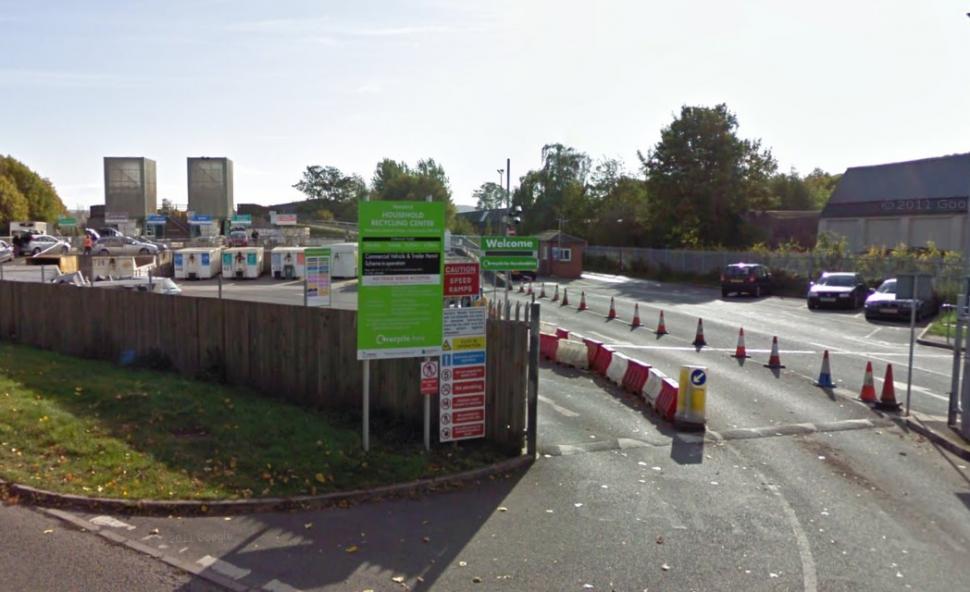 Pedestrians and cyclists have been banned from a Hereford tip during the coronavirus outbreak because they cannot offer “mutual protection” by winding up a car window when entering the facility.

The Ludlow Advertiser reports that on Sunday Ralf Meiklejohn rode his cargo bike loaded with waste to the tip in Rotherwas.

“They stopped me when I approached the entrance and told me no bicycles were allowed on the site,” he said.

“It was practically empty when I went there. I said, ‘This is crazy. I just cycled about three miles down through town to dump my stuff.

“They rang somebody and they confirmed that bicycles weren’t allowed but they couldn’t really explain why.”

Meiklejohn said he felt the man was “just a bit jobsworth,” but a Herefordshire Council spokesperson later explained how operator Severn Waste Services has introduced temporary measures to protect staff from coronavirus.

“Whilst these are in place we are currently unable to permit pedestrians and cyclists on site,” they said.

“At the gate, staff are asking customers who arrive in motor vehicles to wind up their windows and read simple instructions before entering the recycling centre, creating a barrier against infection.

“Pedestrians and cyclists cannot offer this mutual protection, so for the time being our operator Severn Waste Services will not permit access.

“When the threat of the global pandemic is reduced and the safety of staff and public assured we will seek to make sure pedestrians and cyclists can once more access their local household recycling centres as they have in the past.”

Meiklejohn expressed surprise at the policy, given the Government is encouraging more people to walk and cycle.

“The crazy thing is once you get into the site you get out of your car and dump your rubbish,” he said. “Everyone was getting out of their car once they got in there.”

Not hugely keen to cycle a load of garden waste and ash back home again, Meiklejohn made a sign asking if anyone were willing to take it in for him.

One man agreed to once he’d dropped off his own waste.

“I said thank you. He went in and when he came out he said he was told by somebody in there that if he collected my waste it would be then classed as trade waste and he would not be allowed to come in with it.

“In the end, I had to go up the road where they couldn’t see me.

“I was holding the sign up and a couple of cars stopped and one chap took my bag of garden waste and another took a sack of ash I had. I managed to offload it all. It was very kind of them.”