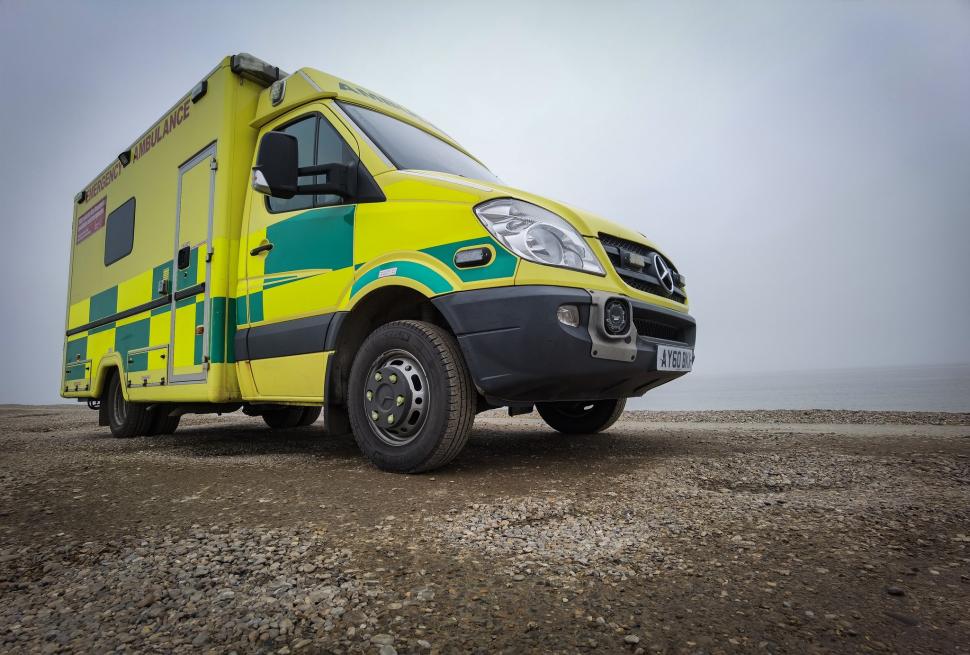 A cyclist in Cambridgeshire has said he had to wait three and a half hours for an ambulance to arrive after he was knocked off his bike by a driver who fled the scene.

The rider, who wished to remain anonymous, told Cambridgeshire Live that he had to lie still as he waited for paramedics to arrive since it was not clear if he had sustained a spinal injury.

He had been riding on the B1102 Ness Road between Fordham and Burwell, around 5 kilometres northwest of Newmarket, when the driver, who is yet to be identified, knocked him from his bike on the evening of Wednesday 1 December.

With temperatures falling as low as 4 degrees Celsius that evening, he said that he was “borderline hypothermic” by the time the ambulance reached the scene.

“The phone call to the ambulance was within a minute of the incident happening,” he said. “The police were there within five to 10 minutes.”

It was more than three hours later that the ambulance arrived, however, and in the meantime police officers, his mother, and two off-duty nurses from Addenbrooke’s Hospital in  Cambridge remained at the scene with him, and he was given a blanket by a passing motorist to help him keep warm.

“By the time they [the ambulance crew] got to me I was apparently borderline hypothermic,” he said.

“They didn't know what injuries I had to my spine so I had to lie completely still. The police called the ambulance tons of times; the people around me called numerous times and there was even a point that I called.

“After a couple of hours we were told there was an ambulance en route and it was a couple of minutes away but it could be redirected somewhere else – and that happened.”

He was loaded onto the ambulance on a spinal board and taken to Addenbrooke’s Hospital in  Cambridge where he spent 13 hours and learned he had sustained a broken wrist.

The cyclist revealed that he had experienced a number of near misses on the same stretch of road, which he described as “notorious” for poor driving.

He said: “I've nearly been hit a few times and this time I wasn't so lucky. I was told I was a few inches off being in a box.

“Having something like a cycle path will prevent things like this happening,” he added. “I don’t want to cycle down that road again but if there was a cycle path I would use that.”

A spokesperson for the East of England Ambulance Service said: “We sincerely apologise for the long wait he experienced and encourage him to contact our patient experience team to discuss his wait in more detail.

“At the time of the incident our resources were impacted by long handover delays at hospitals, and we also had to prioritise a high volume of immediately life-threatening emergencies.

“The health and care system is currently under significant pressure and we are working with partner organisations across health and care to reduce handover delays and the impact they have on patients.”