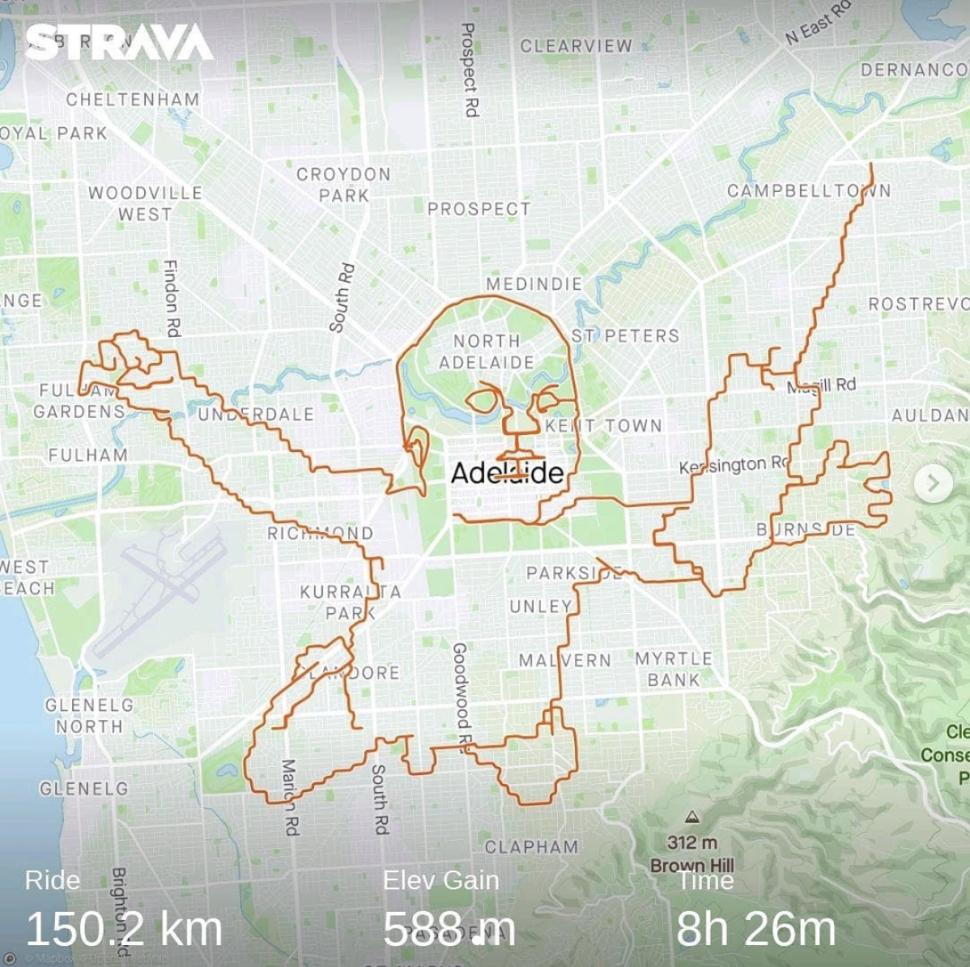 Pete Stokes rode 150km to sketch the outline of the image of the naked baby...
by Will Bolton

To mark Nevermind’s 30th anniversary Pete Stokes rode about 150km on a single-speed bike to sketch the outline of the famous image of the naked baby.

His efforts, tracked by GPS-based site Strava, show the baby’s face over the CBD and the banknote over the eastern suburbs of Burnside and Kensington.

Nirvana is also planning to reissue the album to celebrate the anniversary.

The official website shows they are still using the image of the naked baby, even though Spencer Elden, who was four months old then when it was shot in 1991, is suing Nirvana for sexual exploitation. (He recreated the swimming scene himself on the 25th anniversary, while fully clothed.)

“It’s whatever takes my fancy at the time. Nirvana has its place in my record collection,” he told Guardian Australia.

“When this album came out I was in high school – I was about 14, and that’s when you’re forming your love of music.”

The 45-year-old cyclist has also sketched out Beethoven to mark the composer’s 250th birthday, as well as dinosaurs, dragons, foxes and a selfie. 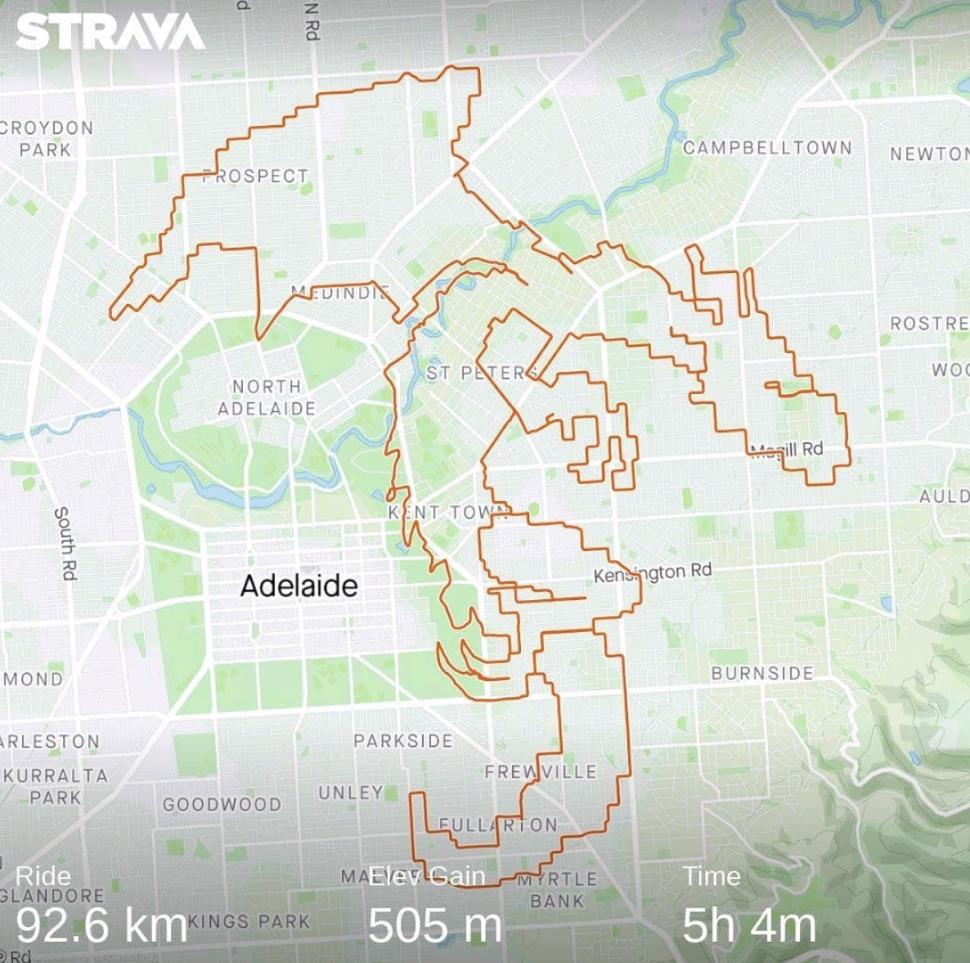 Alongside the tributes, the animals, and the intricate designs, every now and again even serious artists like Mr Stokes decide to have a little, explicit fun.

“Everyone has to do a dick and balls,” Mr Stokes said.

“I did the one … but I kept it highbrow. I did it around the Hugh Johnson Reserve.”